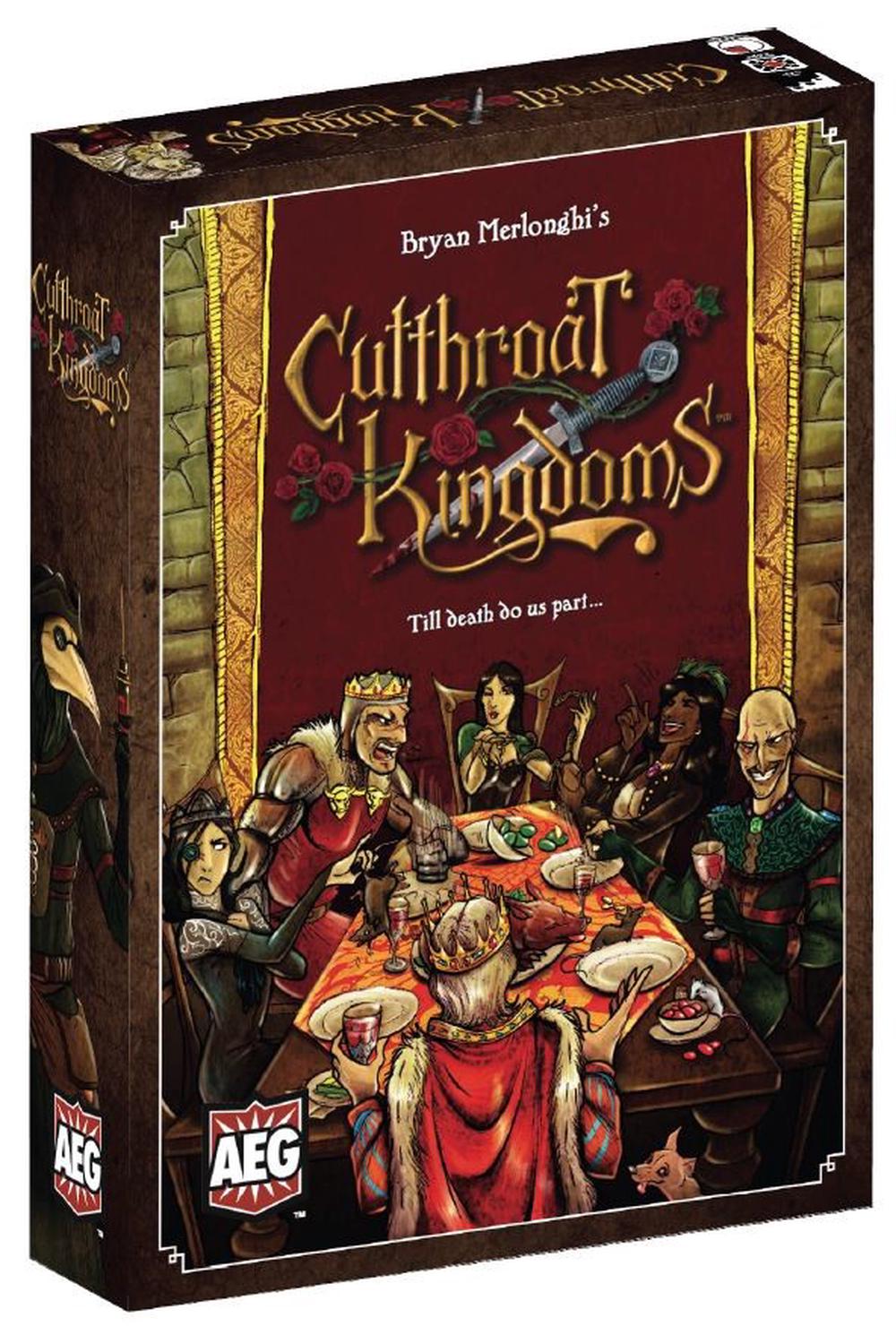 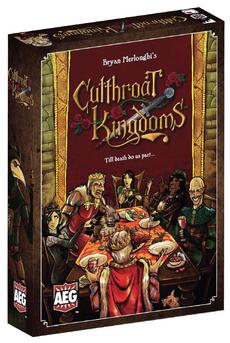 The throne to the Kingdom of Aurum lies unclaimed. Six great houses vie for control of the land in an ongoing dispute of title, territory, and birthright. Embroiled in conflict, the lords and ladies lock eyes on the crown as they fight to contend with a great plague that has now turned upon the people, ravaging the kingdom for which they war.

In Cutthroat Kingdoms, you take on the role of a leading lord or lady of one of the six eminent Houses in the Kingdom of Aurum a grim fantasy world fraught with danger, intrigue, and plague. You must use your armies to claim territories, gather wealth, recruit hirelings, and hire mercenaries as you pursue your nefarious plots and jockey for power. Political intrigue and assassinations abound, and powerful strategic alliances are offset by bloody conflicts. Most importantly, will you strive for domination alone, or tie your fortunes to another house through a well-placed political marriage?

Cutthroat Kingdoms is a competitive game that features marriage-alliance team mechanisms in which strategic planning and decisive military moves can swing the course of the Kingdom. Changing territories and events make each game unique. Open negotiation, deal-making, and tabletalk are all encouraged nay, necessary to win!