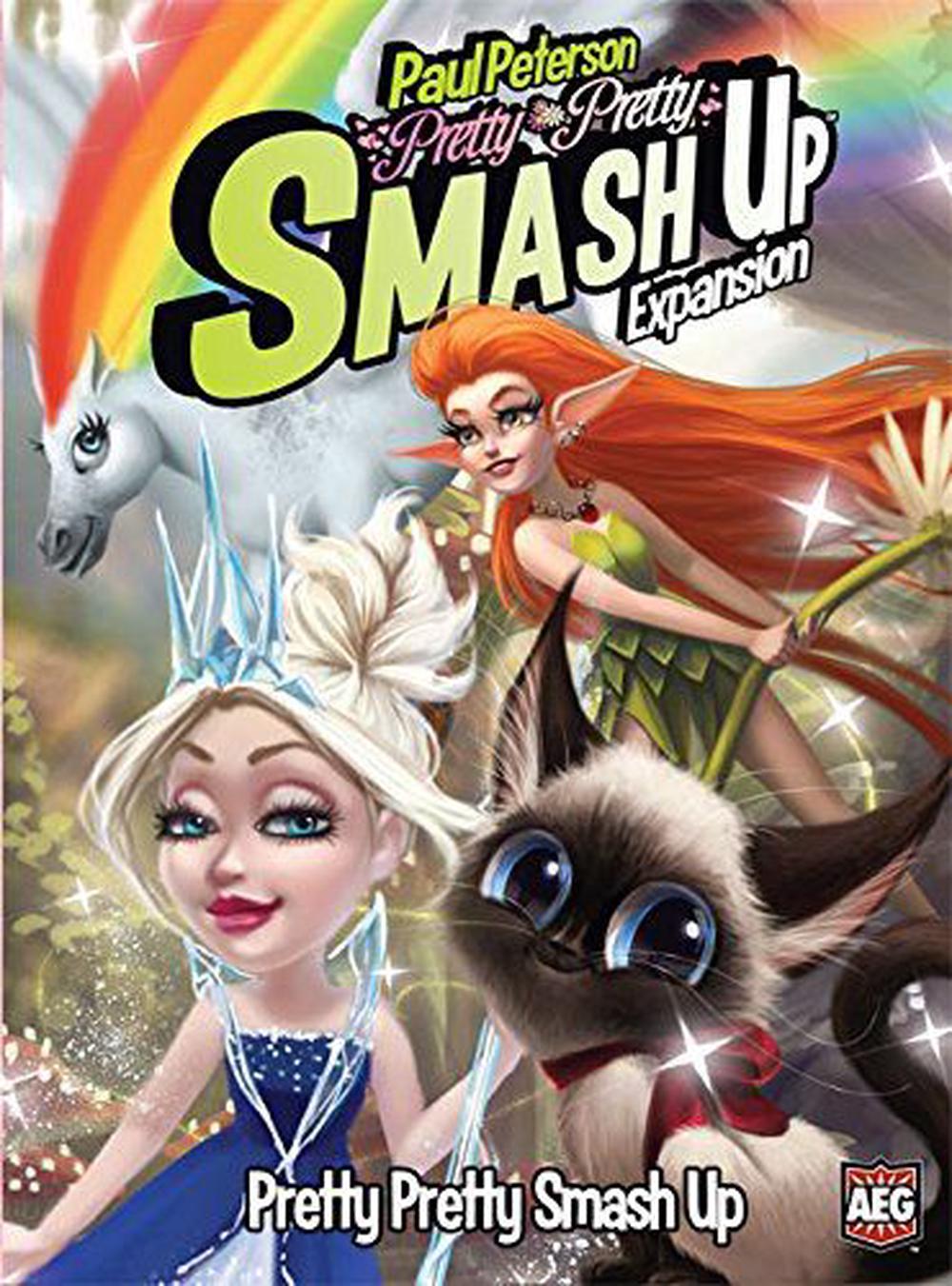 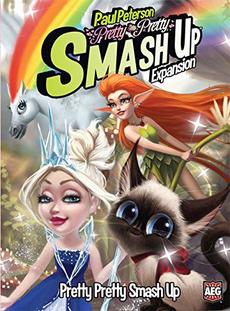 Think only pirates, time travelers, vampires, and bears can smash bases? Well get ready to be taught a lesson. in the nicest way possible! Pretty Smash Up brings the sweetest factions ever to the vicious fight for victory! Kitty Cats use their incredible cuteness to take control of enemy minions. Princesses ply their royalty, beauty and even their love to get their way. Fairies' fickle tricks give you options like never before, while the herds of Mythic Horses work together for dominance. Get ready: your opponents will never know what hit them! Fairies - From deep in the magical glades come these little sprites, bringing magical wishes and pixie dust (but only in emergencies) to your plans for world domination. Don't judge them by their size. The Fairies' magic gives you great options in how to deal with your enemies. Mythic Horses - The power of togetherness shows through in Horses, whose mighty herds race across the land, trampling any who stand in their way. Not only normal horses, but pegasi, sea-horses and more will join the fight for the base! Remember that friendship is. smash able! Kitty Cats - Can haz base? Kitty Cats have the power to compel those of weak will to do what they wish. and the power to have billions of internet memes. Perhaps those are the key? Either way, the Kitty Cats will use their alluring power to dominate the fight at any base. Then head out for a night of jazzy music in the alleys! Princesses - Dream a dream of ruling over your enemies! Princesses will make every wish come true through the power of pure love and happiness. Which can be used, oddly, to order everyone about, and even destroy your enemies. Don't be fooled: these innocent-looking beauties are few in number, but royal, strong and determined! Combine these groups into teams of two for various effects! Pretty Smash Up also contains 8 new Base cards to compete over.