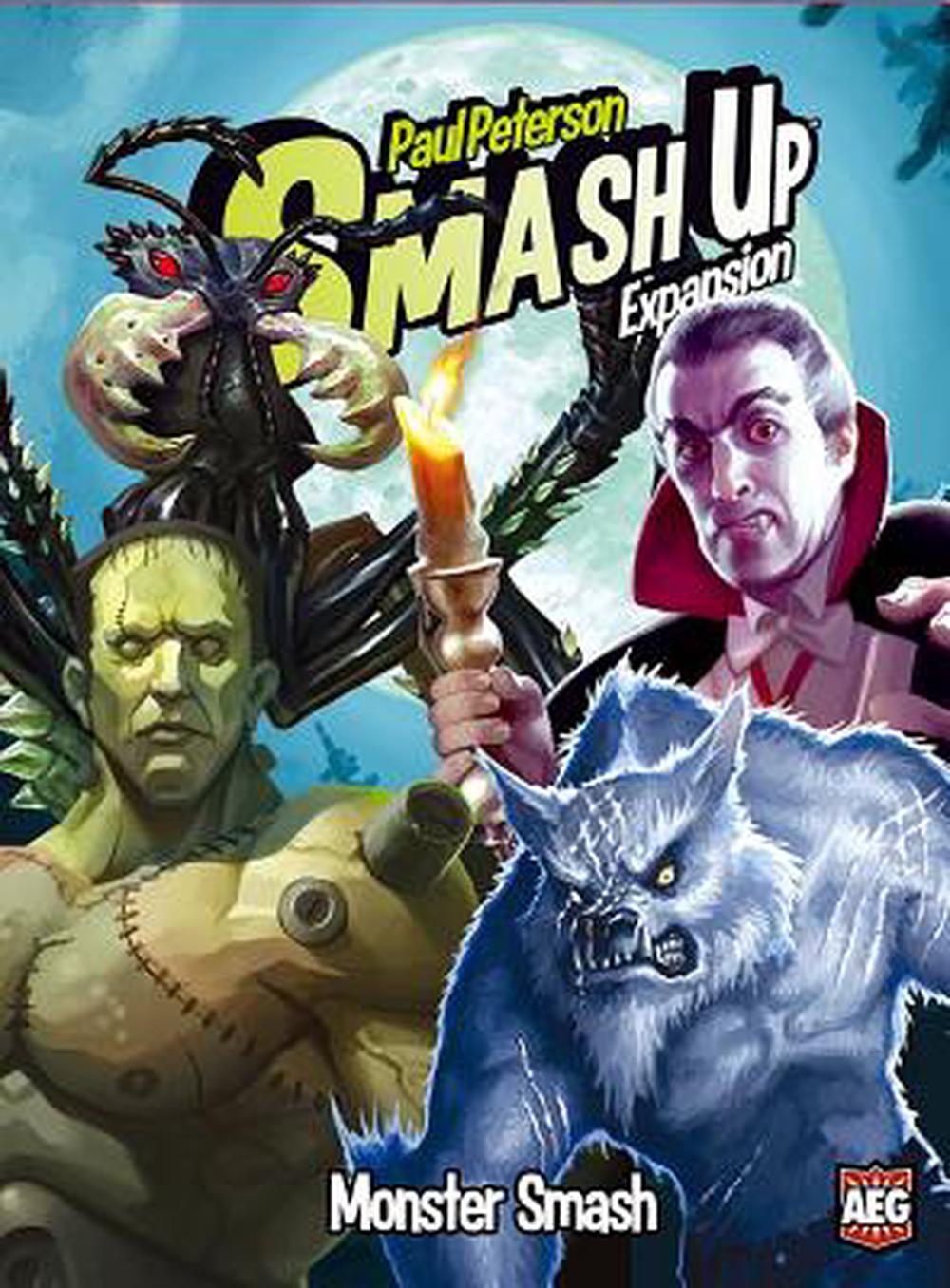 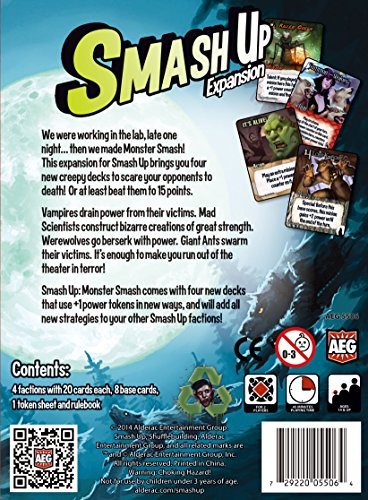 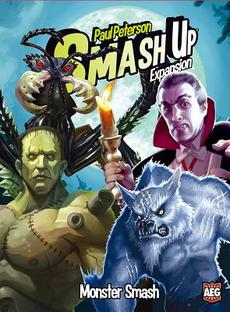 We were working the lab, late one night. then we made Monster Smash! This expansion to Smash Up brings you four new creepy decks to scare your opponents to death! or at least beat them to 15 points. Vampires drain power from their victims. Mad Scientists construct bizarre creations of great strength. Werewolves go berserk with power. Giant Ants swarm their victims. It's enough to make you run out of the theater in terror! Smash Up lets you bring together various groups from Geekdom to create decks that will smash your opponents! Combine Wizard Pirates, or Ninja Dinosaurs, or Robot Vampires! Fight to score the most points and win the game.