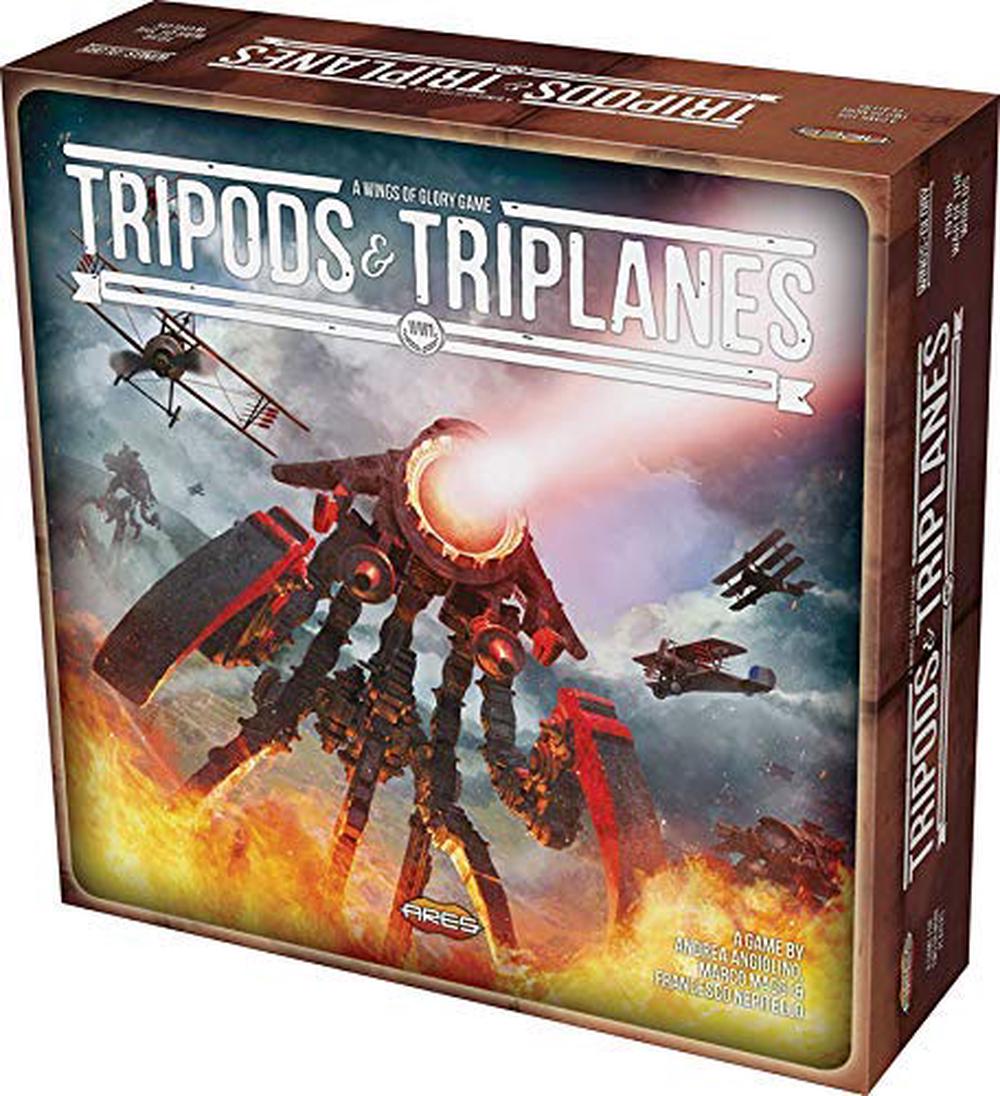 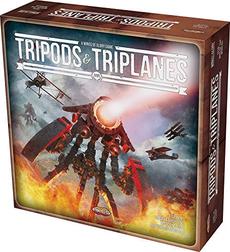 In Wings of Glory - Tripods and Triplanes, the knights of the air of WW1 battle against colossal ghting machines sent by the Martians to invade Earth. Take control of an awesome Martian Tripod, set upon bringing death and destruction on our planet... or y on the most advanced ying machines created by Mankind during World War One, and try to use them to win the War of the Worlds.

Tripods and Triplanes is a new, stand-alone game, fully compatible with the WW1 Wings of Glory collection. Tripods and Triplanes introduces a new twist to the game, as the historical setting is turned upside down by the crossover with H.G. Wells' imaginative novel "The War of the Worlds".

In Tripods and Triplanes, what should be the nal year of the war becomes the Year of the Invasion. Two different generations of Tripods, one more advanced than the other, land on Earth, in two waves of invasion. Their alien technology and deadly weapons make them terrifying opponents for the Earthlings... Fortunately, the recent advances in weapon technology during WW1 give Mankind a ghting chance against these monstrous invaders...

You can use any airplane models in the WW1 Wings of Glory collection and add them to your battles against the Tripods, and expand your Martian army with additional Tripod Packs.

With Tripods and Triplanes your aerial battles will never be the same!