by Aaron Franklin and Jordan Mackay 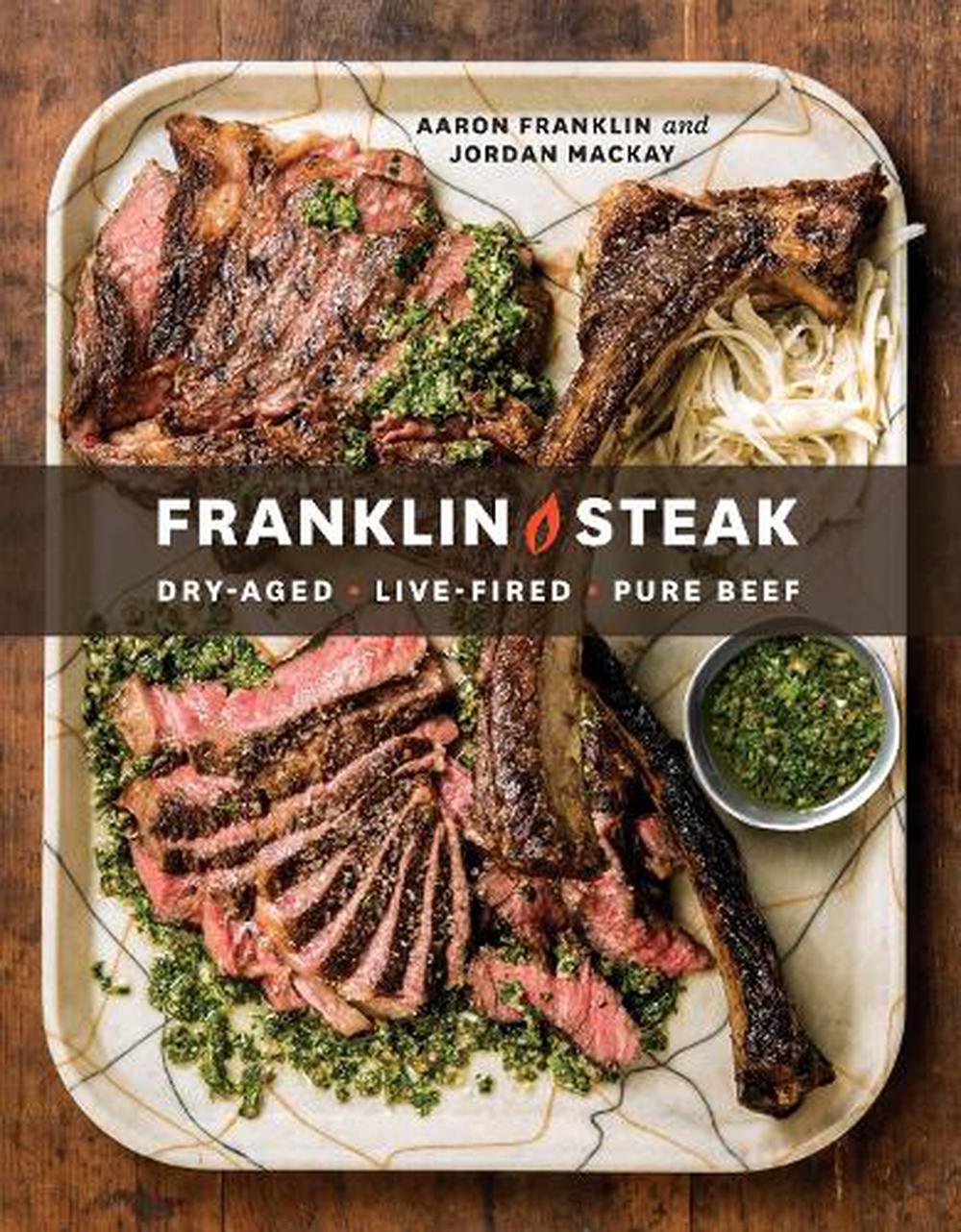 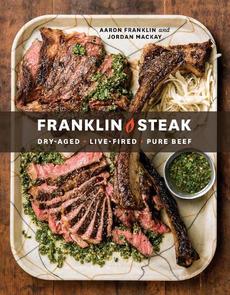 Aaron Franklin may be the reigning king of brisket, but in his off-time, what he really loves to cook and eat at home is steak. So, in this follow-up to his New York Times best-selling book Franklin Barbecue, the pitmaster extraordinaire teaches readers how to cook his favorite food to absolute perfection. With their trademark rigor and expertise, Franklin and coauthor Jordan Mackay go deeper into the art and science of cooking steak than anyone has gone before. They travel the world--beyond Franklin's native Texas to Spain, Scotland, California, and Japan--to uncover global steak preparations and traditions. They demystify cattle breeds, explore the technique of dry-aging, and even teach readers how to build custom, backyard grill setups inspired by the best steak chefs in the world. For any meat-lover, backyard grill-master, or fan of Franklin's fun yet authoritative approach, this book is a must-have.

AARON FRANKLIN is one of the biggest, most recognized names in barbecue and the wider food world. His restaurant has won every major barbecue award and has been in magazines ranging from GQ to Bon Appetit. The line to get into Franklin Barbecue is as long as ever, and the restaurant has sold out of brisket every day of its existence. JORDAN MACKAY is a James Beard Award-winning writer on wine, spirits, and food. His work has appeared in the New York Times, Los Angeles Times, San Francisco Chronicle, Wine and Spirits, Food & Wine, and Gourmet, among others. He has co-authored four cookbooks- Passion for Pinot (2009); Secrets of the Sommeliers (2011), a James Beard Award winner; Two in the Kitchen (2012); and Franklin Barbecue (2015), which spent 12 weeks on the New York Times best-seller list.

"A thoughtful deep dive into a much-loved American mainstay."

"Much in the same way that a barbecue spot isn't exactly a restaurant, and a pitmaster isn't exactly a chef, Franklin Barbecue isn't exactly a cookbook. There are only eleven recipes: the brisket, of course, plus instructions for making pork ribs, beef ribs, a turkey breast, four sauces, beans, potato salad, and a remarkably good coleslaw. That's okay, though. Much like a book of Ono explaining nigiri, or Starita explaining a margherita pie, Franklin's recipes are meaningless without the man behind them. And so the bulk of his book is devoted to him explaining himself, in the good way: it's a book that unpacks his obsessions, his thought processes, his extraordinary focus on detail and technique." -- Eater (Cookbook of the Year)

"Aaron Franklin makes the finest barbecue I've ever had, barbecue worth waiting for. His work and his words express a truly rare level of commitment and expertise. With Franklin Barbecue, he shares it all--in a book that, fortunately, you don't have to wait for." -- Anthony Bourdain

"I used to think Aaron Franklin was a genius: There was his rise from backyard dabbler to king of Texas pitmasters; his mind-altering brisket that made normally rational people (myself included) wait hours for the chance to eat it; and his insistence that game-changing barbecue doesn't come from miracles but rather elbow grease. Then he wrote this book and gave all his secrets away. Now everyone--from me to you to your neighbor who can't grill a chicken breast--will be able to make award-winning barbecue. He's not a genius anymore; he's a god." -- Andrew Knowlton, restaurant and drinks editor, Bon Appetit

"The most refreshing barbecue book to come along yet. Rather than preaching about 'one true way, ' Aaron Franklin guides you through all the wood and smoke so that you can find your own style. And instead of just listing ingredients and rattling off generic recipes, these pages tell the story of a place and a barbecue tradition steeped in history. This isn't just a book about barbecue; this book is Central Texas barbecue." -- Daniel Vaughn, barbecue editor, Texas Monthly, and author of The Prophets of Smoked Meat