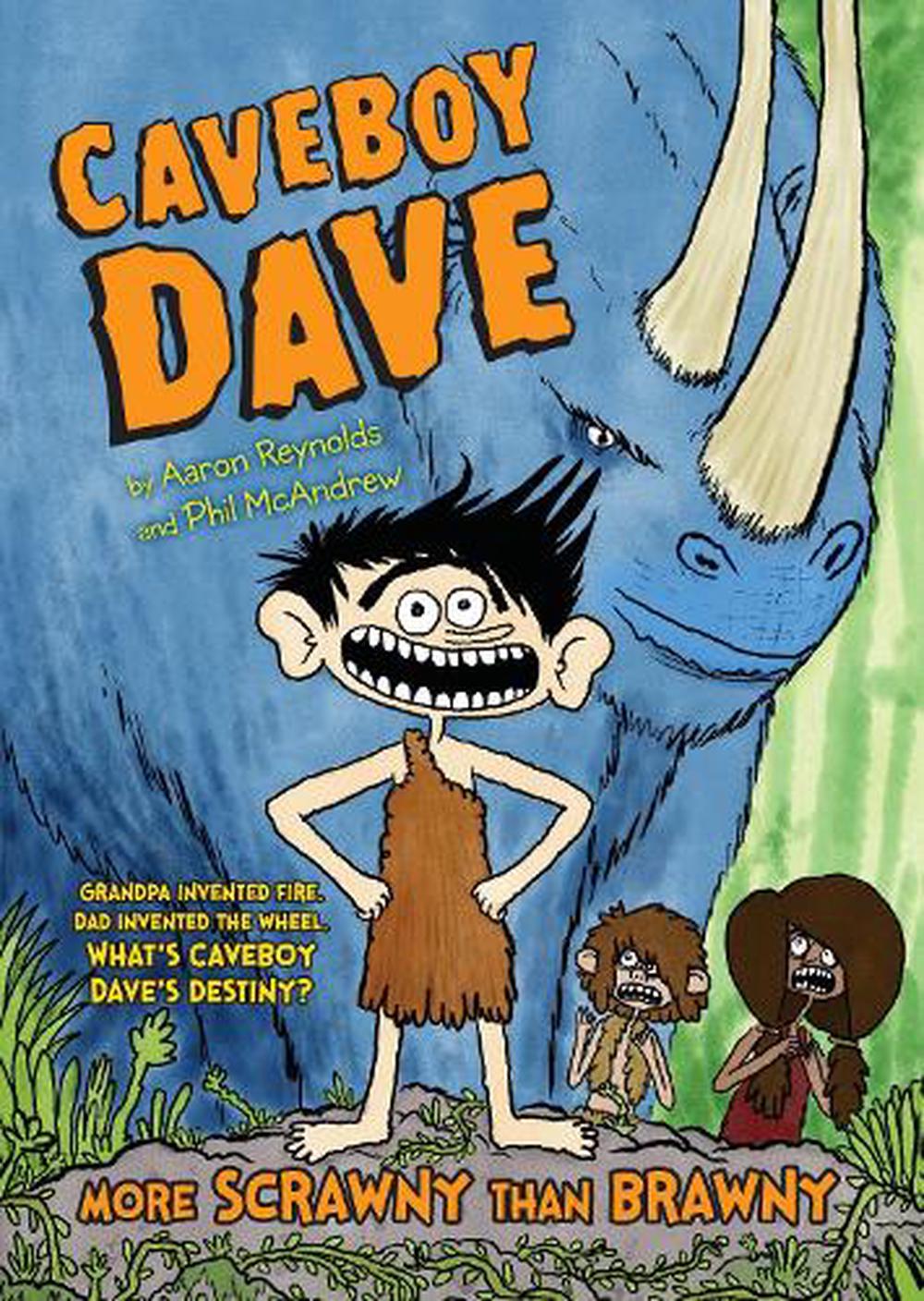 His grandpa invented fire. His dad invented the wheel. How will Caveboy Dave leave his mark?

Dave Unga-Bunga has always been more scrawny than brawny. This is a major problem when your village expects you to become a meat-bringer. At age twelve, all young cave-people must stalk through the eerie mushroom forests for a prehistoric beast the village can feast on. Dave would much rather invent stuff for a better life, though-like underwear to make loincloths less itchy and cutlery to make eating less filthy. Can Dave save his group by inventing the perfect defense against a bloodthirsty pokeyhorn? Or will he MEET HIS DOOM?

Aaron Reynolds isn?t scared of carrots, but he's terrified of black olives. He's the author of many books for kids, including -->Superhero School", -->Chicks and Salsa", and the Joey Fly, Private Eye graphic novel series. His books have been featured on the Henson Productions national television show, -->Between the Lions", and nominated for many awards including the 2010 Edgar Allen Poe Mystery Award and the Monarch Kid's Choice Award. He lives in Chicago with his wife, two kids, and four neurotic cats. You can visit Aaron at Aaron-Reynolds.com.

Peter Brown is the author of "Children Make T

"Put this on the shelf between Jorge Aguirre's Chronicles of Claudette series and Ben Hatke's Zita the Spacegirl books." --School Library Journal

"Outlandishly funny." --The Bulletin of the Center for Children's Books