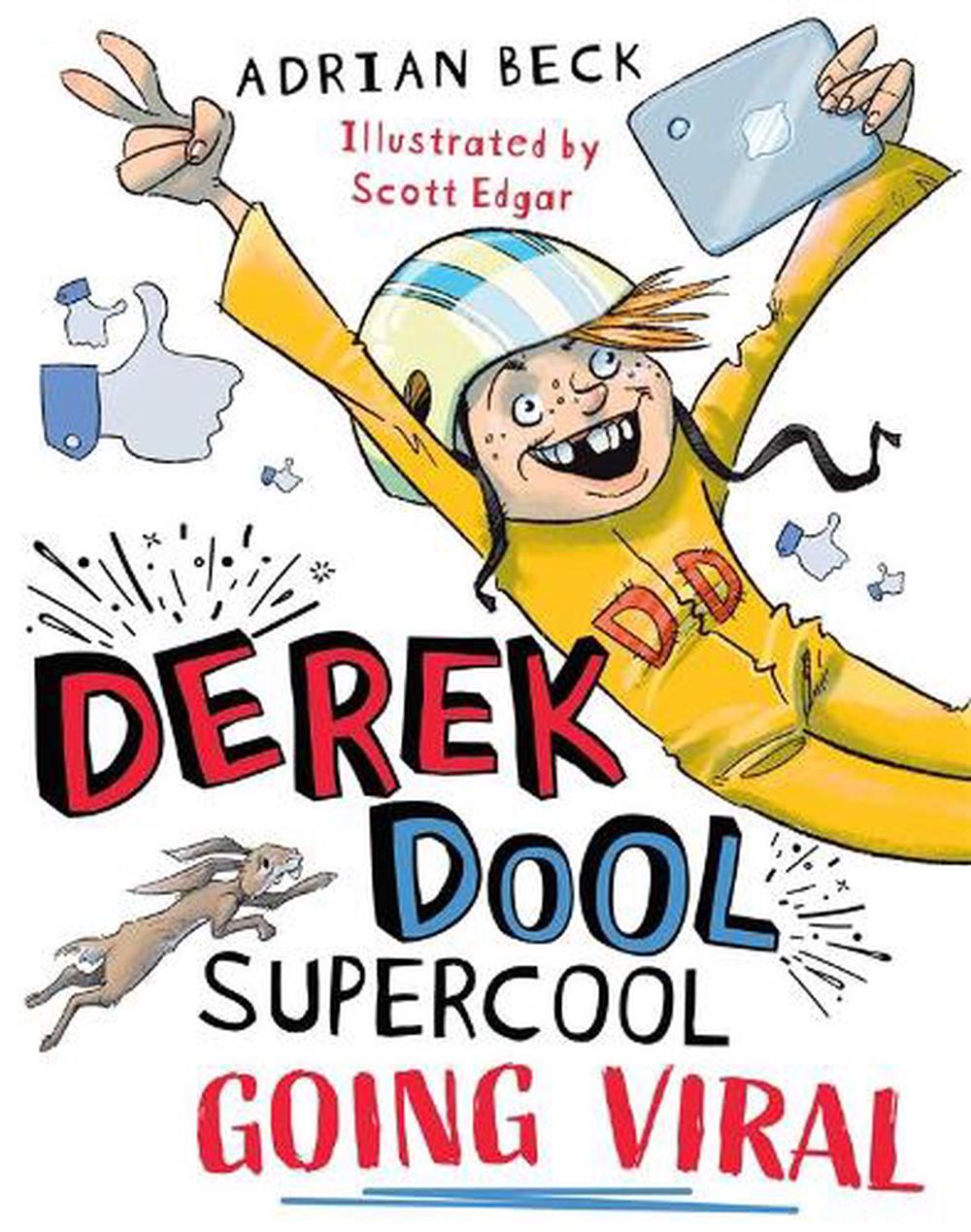 After accidentally going viral, Derek is now on a mission to go deliberately VIRAL! After all, whats's more SUPERCOOL than being an internet hit? The only problem is, none of his ideas are working out quite as expected. But Derek's not the type to give up. No way! VIRAL VICTORY will be his - even if it's the last thing he ever does.

Adrian Beck (Author) Adrian Beck writes funny, action-packed stories for kids. Adrian produces the TV show, Kids' WB, and has also worked on The Logie Awards, Carols by Candlelight, Prank Patrol and Who Wants To Be A Millionaire. Adrian is the author of the Champion Charlies series and Stuff Happens- Dale plus he co-wrote the Kick it to Nick series with AFL legend Shane Crawford. Adrian is the co-editor of Total Quack Up, along with Sally Rippin.

Scott studied Design at Monash University before running off to join the circus (aka a Theatre Production degree at the Victorian College of the Arts). Scott works in the comics, games and children's book space. And he is also a writer for games and animation, for studios such as the Cartoon Network and Ubisoft games.

DEREK DILBERT DOOL returns in another SUPERCOOL adventure! Thankfully, so do his friends Booger and Big Denise.