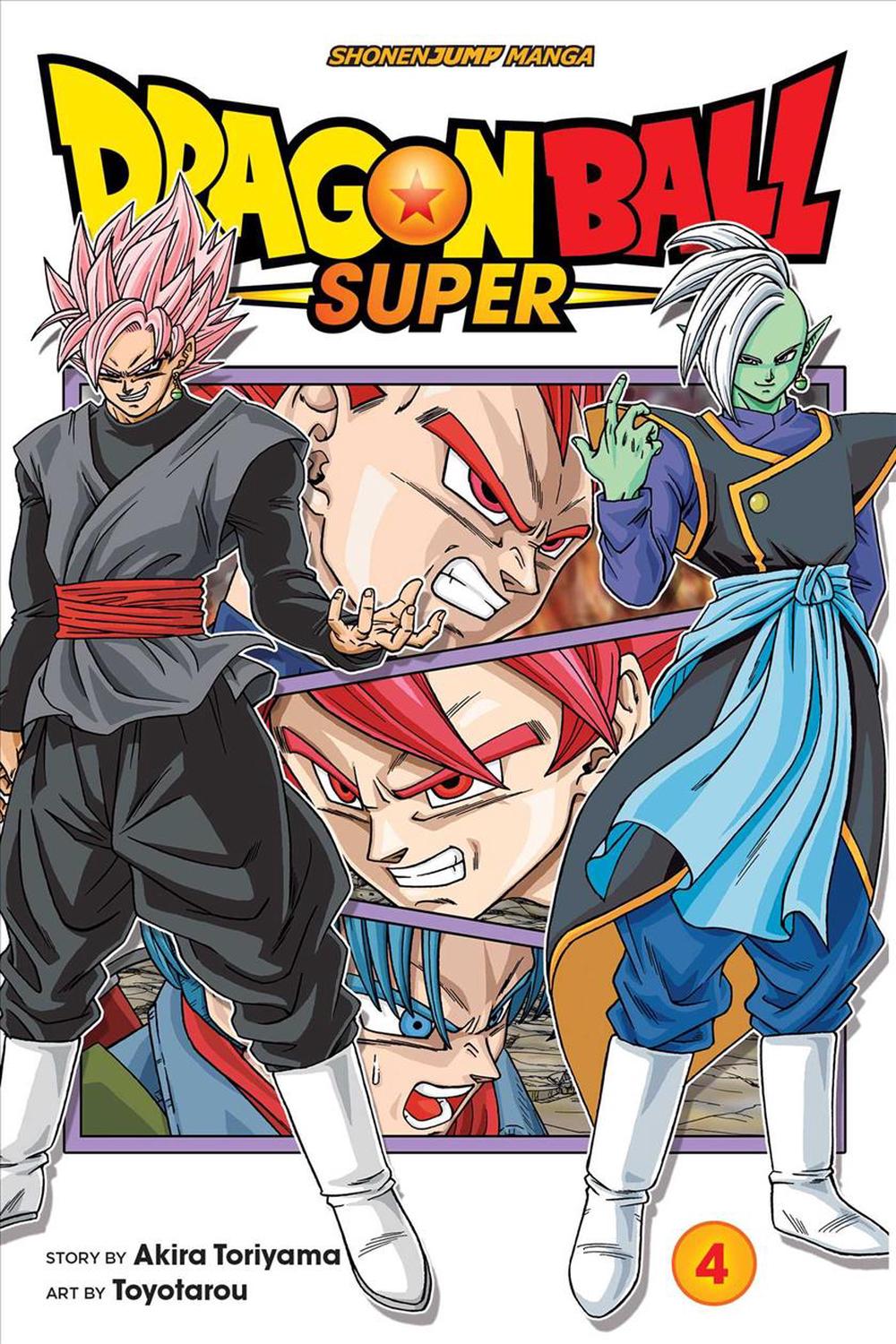 OTHER FORMATS:
ISBN: 9781974701445
ANNOTATION:
Goku's adventure from the best-selling classic manga Dragon Ball continues in this new series written by Akira Toriyama himself!

Goku's adventure from the best-selling classic manga Dragon Ball continues in this new series written by Akira Toriyama himself!

Goku's adventure from the best-selling classic manga Dragon Ball continues in this new series written by Akira Toriyama himself!

Ever since Goku became Earth's greatest hero and gathered the seven Dragon Balls to defeat the evil Boo, his life on Earth has grown a little dull. But new threats loom overhead, and Goku and his friends will have to defend the planet once again in this continuation of Akira Toriyama's best-selling series, Dragon Ball!

Goku Black's identity has been revealed as Zamas, the lord of lords from Universe 10! But he's not alone-his counterpart from the parallel universe has teamed up with him and, thanks to the super Dragon Balls, they are nearly unstoppable! In the present, Goku trains with Master Roshi to perfect the Mafuba and seal Zamas away. Meanwhile, Kaio-shin takes Lord Gowas, Zamas's mentor, to the parallel universe to try and push his former pupil back to being good!

Renowned worldwide for his playful, innovative storytelling and humorous, distinctive art style, Akira Toriyama burst onto the manga scene in 1980 with the wildly popular Dr. Slump. His hit series Dragon Ball (published in the U.S. as Dragon Ball and Dragon Ball Z) ran from 1984 to 1995 in Shueisha's Weekly Shonen Jump magazine. He is also known for his design work on video games such as Dragon Quest, Chrono Trigger, Tobal No. 1, and most recently, Blue Dragon. His recent manga works include COWA!, Kajika, Sand Land, Neko Majin, and a children's book, Toccio the Angel. He lives with his family in Japan.

Toyotarou created the manga adaptation for the Dragon Ball Z anime's 2015 film, Dragon Ball Z: Resurrection F. He is also the author of the spin-off series Dragon Ball Heroes: Victory Mission, which debuted in V-Jump in Japan in November 2012.

Very good book. Took longer to arrive than usual products I order from you guys though
By Kenneth