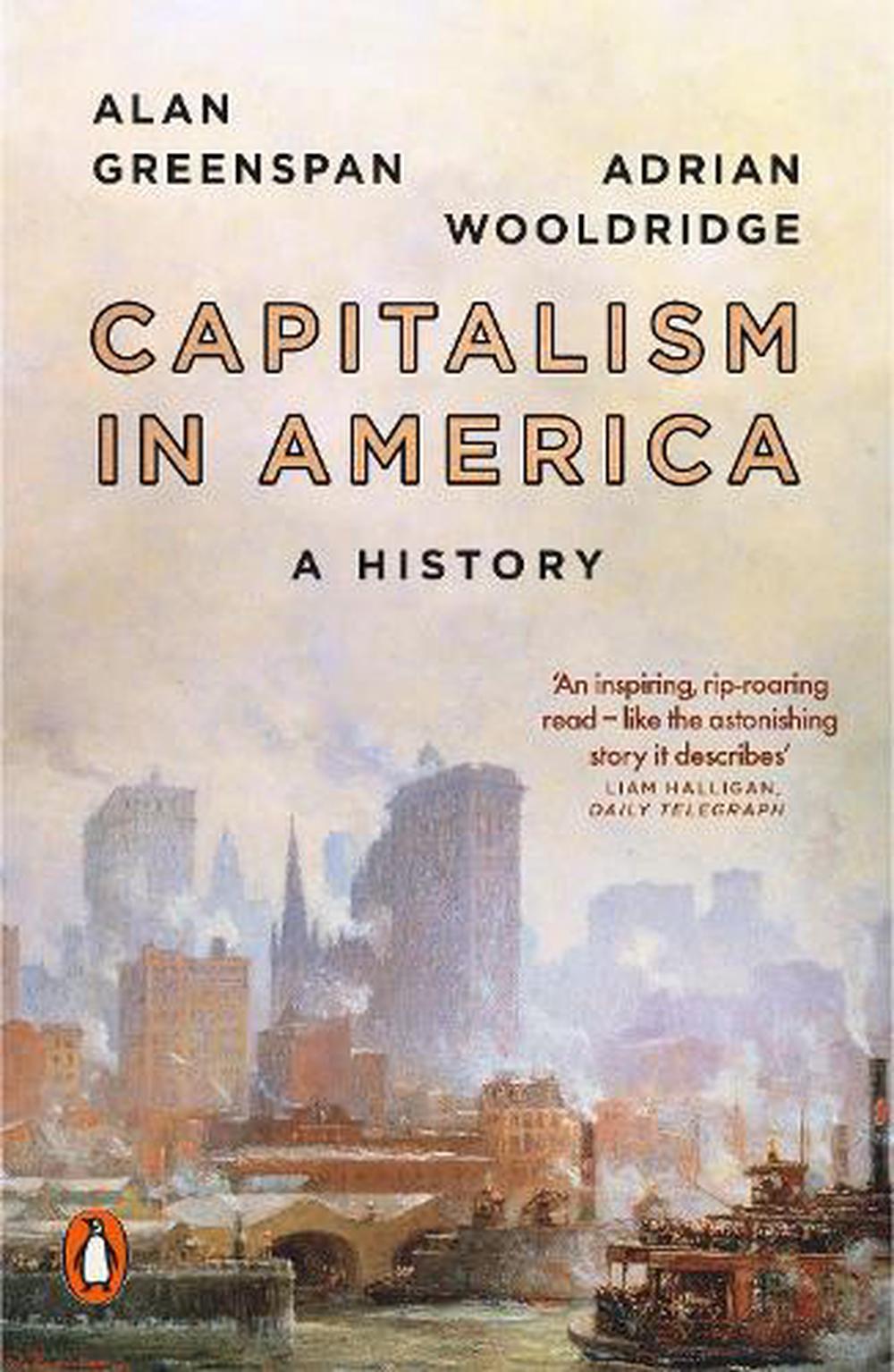 Where does prosperity come from, and how does it spread through a society? What role does innovation play in creating prosperity and why do some eras see the fruits of innovation spread more democratically, and others, including our own, find the opposite? In Capitalism in America, Alan Greenspan, legendary Chair of the Federal Reserve, distils a lifetime of grappling with these questions into a profound assessment of the decisive drivers of the US economy over the course of its history. In partnership with Economist journalist and historian Adrian Wooldridge, he unfolds a tale of vast landscapes, titanic figures and triumphant breakthroughs as well as terrible moral failings. Every crucial American economic debate is here - from the role of slavery in the antebellum Southern economy to America's violent swings in its openness to global trade.

At heart, the authors argue, America's genius has been its enthusiasm for the effects of creative destruction, the ceaseless churn of the old giving way to the new. Although messy and painful, it has lifted the overwhelming majority of Americans to standards of living unimaginable even a few generations past. At a time when productivity has again stalled, stirring populist furies, and the continuing of American pre-eminence seems uncertain, Capitalism in America explains why America has worked so successfully in the past and been such a gigantic engine of economic growth.

Born in 1926 in New York City, Alan Greenspan worked as a Juilliard-trained professional musician before studying Economics at New York University, where he earned his PhD. From 1974 to 1977, he served as Chair of the Council of Economic Advisers under President Gerald Ford. In 1987, President Ronald Reagan appointed him Chairman of the Federal Reserve Board, a position he held until his retirement in 2006. He is the author of the bestselling The Age of Turbulence and The Map and the Territory 2.0.

Adrian Wooldridge is the Economist's political editor and writes the Bagehot column. He has also worked as the Economist's American bureau chief and author of the Lexington column, and management editor and author of the Schumpeter column. He earned a doctorate in history from Oxford University, where he was a Fellow of All Souls College. He is the author of nine previous books, including six co-written with John Micklethwait- The Witch Doctors, A Future Perfect, The Company, The Right Nation, God is Back and The Fourth Revolution.

A superbly written book ... the tone is businesslike but culturally savvy - with sociological themes from "America's urban nightmare" of the seventies and eighties to "the rising share of working women" handled with sensitivity and skill ... Capitalism in America is an inspiring, rip-roaring read - like the astonishing story it describes. -- Liam Halligan The Daily Telegraph Capitalism in America makes a strong case, with some wonderful insights into business history. Innovation, spread to the masses, is indeed the engine of capitalist economies. The Economist This book snaps, crackles and pops ... Readers will emerge from this heady blend of economic, business, and political history with a sense of exhilaration that so much of the American experience could be described so vividly and insightfully -- Robert Gordon Financial Times