PUBLISHED: 2nd April 2019
ISBN: 9780593079768
ANNOTATION:
'The future of all life on this earth depends on our willingness to take action now' - David AttenboroughWhat we do in the next twenty years will determine the future of not just the natural world but humanity itself. 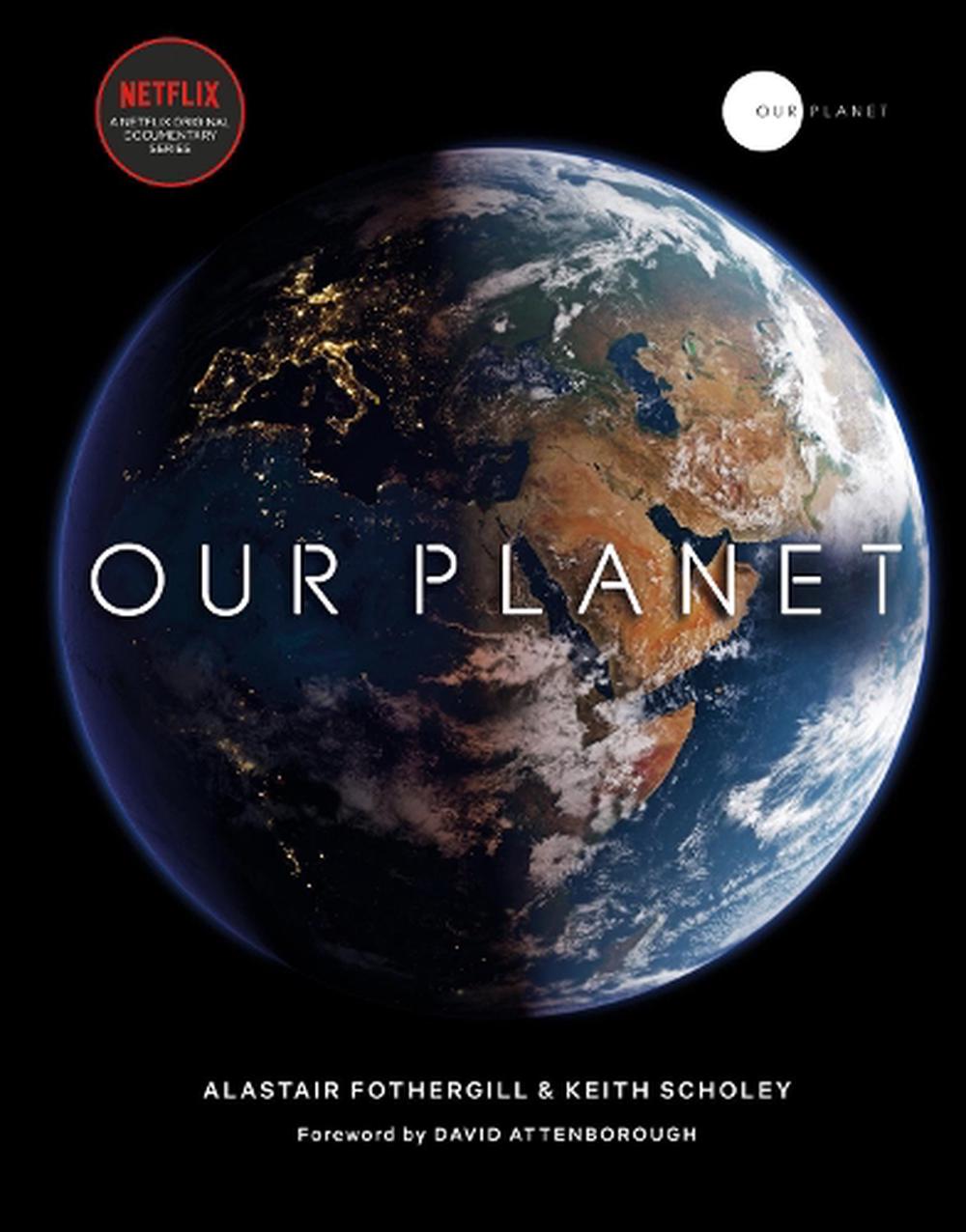 'The future of all life on this earth depends on our willingness to take action now' - David AttenboroughWhat we do in the next twenty years will determine the future of not just the natural world but humanity itself.

With a foreword by Sir David Attenborough, this is the striking photographic companion to the groundbreaking NETFLIX original documentary series. With six hundred members of crew filming in fifty countries over four years, the directors that brought us the original Planet Earth and Blue Planet, take us on a journey across all the globe?s different biological realms to present stunning visuals of nature's most intriguing animals in action, and environmental change on a scale that must be seen to be believed. Featuring some of the world's rarest creatures and previously unseen parts of the Earth-from deep oceans to remote forests to ice caps-Our Planet takes nature-lovers deep into the science of our natural world. Revealing the most amazing sights on Earth in unprecedented ways, alongside stories of the ways humans are affecting the world?s ecosystems-from the wildebeest migrations in Africa to the penguin colonies of Antarctica-this book places itself at the forefront of a global conversation as we work together to protect and preserve our planet.

In his almost 30-year tenure at the BBC Natural History Unit, Alastair Fothergill was responsible for the landmark series The Blue Planet, Planet Earth and Frozen Planet, among a range of productions. Since 2006, he has also worked for Disney, directing six wildlife movies for its Disneynature label. In 2012, he set up Silverback Films with Keith Scholey. Silverback produced The Hunt series for the BBC and Our Planet for Netflix - the first natural history Netflix Original Documentary Series. This book is Alastair?s fifth. A fellow of the Royal Geographic Society and recipient of its gold medal, he also has honorary doctorates from the universities of Durham, Hull, York St John and Bristol. He lives in Bristol with his wife, two sons and two Jack Russells.Raised in East Africa, Keith Scholey studied zoology at the University of Bristol, gaining both a BSc and PhD. In 1982, he joined the BBC Natural History Unit as a researcher on the David Attenborough series The Living Planet. Later he became a producer and then series producer, running series including Prisoners of the Sun, Wildlife on One and the Wildlife Specials and creating and producing Big Cat Diary. In 1998, he became Head of the BBC Natural History Unit and subsequently Controller of BBC Specialist Factual Commissioning. Finally, he became the Controller of all BBC Factual Productions. In 2008, he left the BBC and is now is the joint director of Silverback Films. In this period, he has directed and produced three Disneynature feature films - Bats, Bears and Dolphin Reef - and has been responsible for the Discovery series North America and Deadly Islands and the Netflix Original Documentary Series Our Planet. He lives in Bristol.An author and journalist based in London, Fred Pearce is a former news editor of the UK-based New Scientist magazine, and he has been its environment consultant since 1992, reporting from 87 countries. He also writes for many other outlets including the Guardian. He won a lifetime achievement award for his journalism from the Association of British Science Writers in 2011 and was voted UK Environment Journalist of the Year in 2001. His books include Fallout, The New Wild, When the Rivers Run Dry, Earth- Then and Now and Confessions of an Eco Sinner, which have been translated into 24 languages. When the Rivers Run Dry was listed among the all-time 'Top 50 Sustainability Books? by the Cambridge Institute for Sustainability Leadership. He lives in London.