by Aminata Conteh-Biger and Juliet Rieden 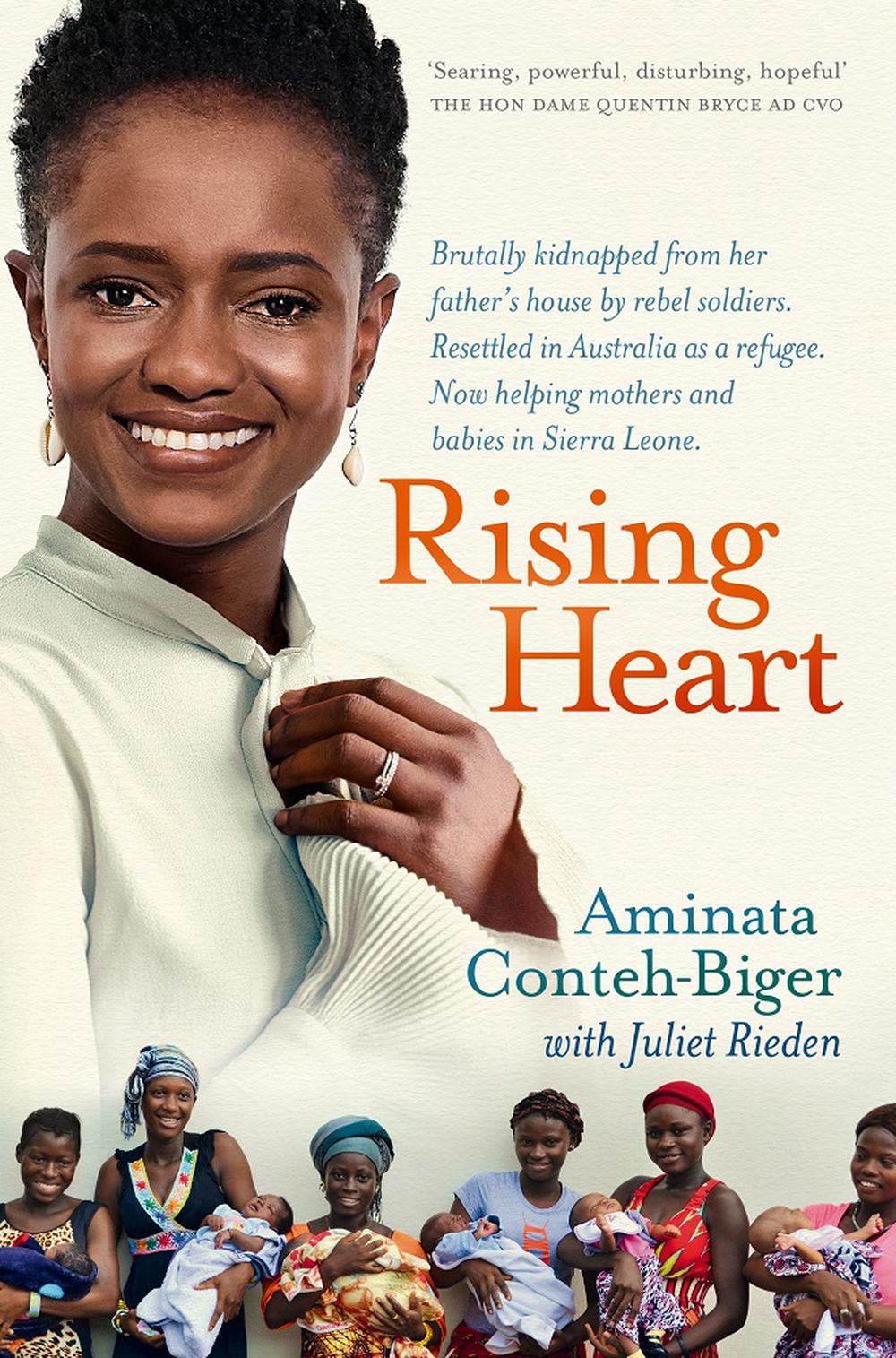 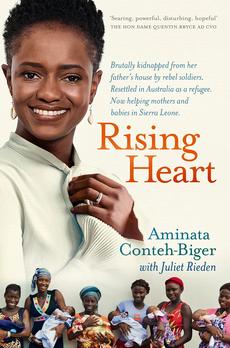 Brutally kidnapped from her father's house by rebel soldiers. Resettled in Australia as a refugee. Now helping mothers and babies in Sierra Leone.

'The best and the worst of our shared humanity...breathtaking and heartbreaking.' The Hon. Dame Quentin Bryce AD CVO

One woman's astonishing journey from unimaginable trauma to becoming a power for good.

In 1999, Sierra Leone was in the midst of a brutal civil war where mindless violence, vicious amputation and the rape of young enslaved women were the everyday weapons of bloody conflict.

It was also where rebel soldiers snatched the young Aminata Conteh-Biger from her father's arms, then held her captive for months.

After she was released, the UNHCR recognised that her captors still posed a serious threat to her safety. So, at just nineteen years of age, she was put on a plane and flown to Australia to start afresh as a refugee in a land she knew nothing about.

It is here that she has proudly built a life, while never allowing her trauma to define her. Yet it was a near-death experience she suffered during the birth of her child that turned her attention to the women of Sierra Leone - where they are 200 times more likely to die while having a baby than in Australia.

So she set up the Aminata Maternal Foundation, then returned to the land of her birth to help. This is her story.

'Aminata knocked me out at our first meeting in Sydney some years ago...courage shining through as she spoke of some of her experiences in Sierra Leone. Her story, Rising Heart, will never leave you; searing, powerful, disturbing, hopeful.' The Hon. Dame Quentin Bryce AD CVO

'The spirit of Aminata's story will stay with you long after you finish reading. Rising Heart has refuelled my sense of perspective and purpose. Aminata's courage in sharing this intensely personal story is rewarded with the power of inspiring hope. Thank you, Aminata, for sharing.' Yael Stone, actor and activist

'A powerful read that will make you cry at the injustice and brutality of our world - especially the treatment of women and girls - but then shed tears of admiration and hope. Aminata reminds us of the power of an individual to make a difference. She is an inspirational woman who has brought about extraordinary change, and is a shining example of why we must all be good global citizens. What a beautiful Australian story.' Natasha Stott Despoja AO

'An incredible story of hope and transformation, one that we can all learn from.' Emma Isaacs, Founder and Global CEO, Business Chicks

'Women's reproductive health is one of the most important factors in determining their quality of life and that of their children. Aminata's extraordinary efforts in her country of origin will make a life-changing difference to the mothers and children of Sierra Leone.' Professor Kerryn Phelps AM

'I have met many refugees the world over, and the courage of Aminata's personal account as a survivor of unimaginable cruelty is both disturbing and inspiring. Her unwavering belief in human kindness in the face of so much adversity is what makes her a role model for so many women and girls.' Louise Aubin, UNHCR Representative

'Aminata not only gives an important voice to her own intensely personal story but also to the many forgotten women and girls caught up in war and conflict today. She is a compelling advocate for the rights of these women and also for the work of the UN Refugee Agency who supports them.' Naomi Steer, National Director Australia for UNHCR

Aminata Conteh-Biger is an author, inspirational speaker, performer, mother and wife, and former refugee turned Founder and CEO of the Aminata Maternal Foundation. Born in Sierra Leone, she now lives in Sydney with her husband and two children.

Juliet Rieden has been a journalist for more than 30 years, working between the UK and Australia for a variety of magazines and newspapers as a writer and editor. She is currently Editor-At-Large at The Australian Women's Weekly where she also works as the Royal Correspondent and the Books Editor. Juliet is also a non-fiction author with Pan Macmillan. Her previous books are The Writing on the Wall and The Royals in Australia.