Atticus Van Tasticus 2: The Map of Half Maps 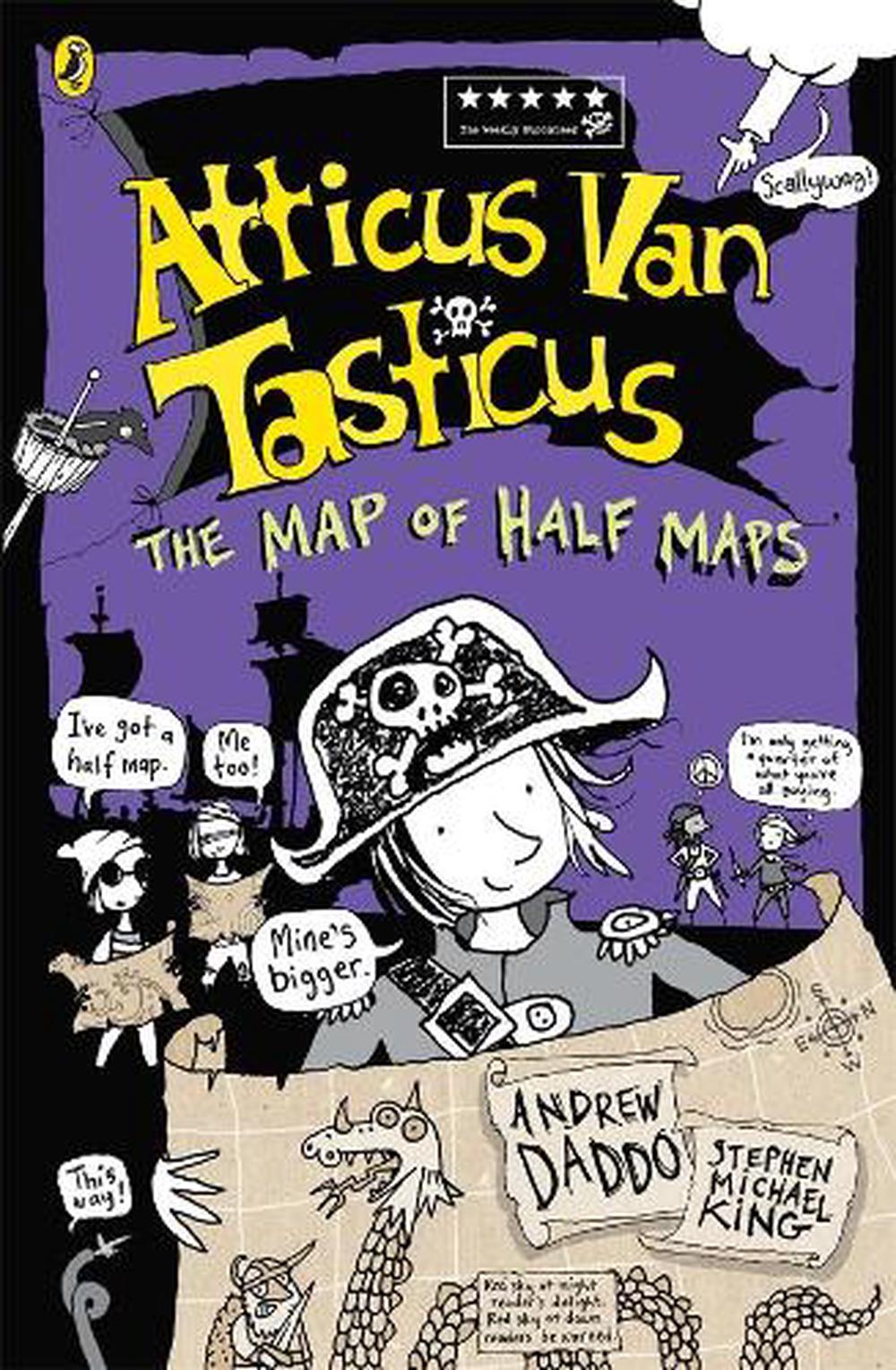 ATTICUS VAN TASTICUS is back. And this time he means business. Having escaped certain disaster on the high seas, he's on the scent of treasure. Then the call comes from above- 'Ship ahoy, Captain, ship ahoy!'

If only it were good news, which of course it ain't. Vicious, mean and mighty unclean Bjorn Ironhead is on the warpath - and Atticus and his crew are in his sights. Stay and fight, or run and hide? But where do you hide a pirate ship, and who's this Captain Half Map, and, most of all, where's that TREASURE OF TREASURRRRES?!

Join Atticus and his crew as they roll from one adventure to certain disasterrrrr...

Andrew Daddo (Author) Andrew Daddo has managed to have a crack at just about every aspect of the entertainment industry. He's appeared on TV and stage, presented radio programs and podcasts, and even made movies. Best of all, Andrew is an accomplished author. He has written 25 books including picture books, chapter books, short story collections, novels and a vague biography - he's hard to pin down. He also talks up literacy in schools.

Stephen Michael King (Illustrator) Stephen Michael King is renowned worldwide for picture books including The Pocket Dogs and The Man Who Loved Boxes. Books he has both written and illustrated include A Bear and a Tree, Leaf, Rainbow Bear, Mutt Dog, Snail and Turtle are Friends, and most recently Three. Many of his books have been shortlisted by the CBCA, and have won or appeared frequently on children's own voting lists such as YABBA. Stephen has illustrated many stories for the Penguin Random House Aussie Nibbles series and has most recently embarked on some crazy pirating adventures with Andrew Daddo for the Atticus Van Tasticus junior fiction series.