PUBLISHED: 12th July 2018
ISBN: 9781785030253
ANNOTATION:
'Fascinating' TIM PEAKE, Sunday Times bestselling author of Ask an AstronautWINNER OF THE 2017 GOODREADS CHOICE AWARDS FOR SCIENCE FICTION *****WELCOME TO ARTEMIS. She lives in a poor area of Artemis and subsidises her work as a porter with smuggling contraband onto the moon. 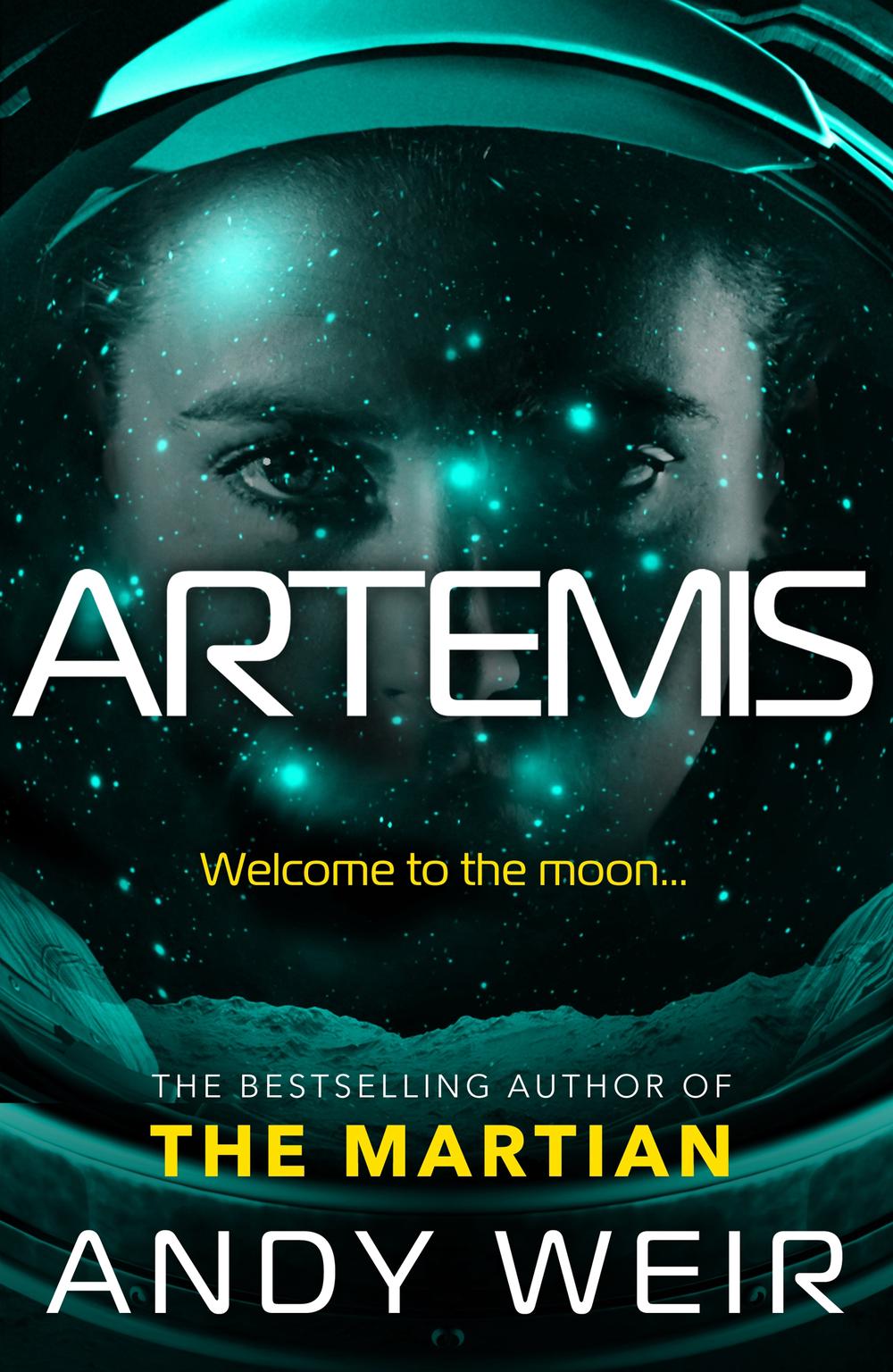 'Fascinating' TIM PEAKE, Sunday Times bestselling author of Ask an AstronautWINNER OF THE 2017 GOODREADS CHOICE AWARDS FOR SCIENCE FICTION *****WELCOME TO ARTEMIS. She lives in a poor area of Artemis and subsidises her work as a porter with smuggling contraband onto the moon.

Ever had a bad day? Try having one on the moon...

WELCOME TO ARTEMIS. The first city on the moon. Population 2,000. Mostly tourists. Some criminals.

Jazz Bashara is one of the criminals. She lives in a poor area of Artemis and subsidises her work as a porter with smuggling contraband onto the moon. But it's not enough.

So when she's offered the chance to make a lot of money she jumps at it. But though planning a crime in 1/6th gravity may be more fun, it's a lot more dangerous...

What everyone's saying about this smart, high concept thriller-

'A smart, fun, fast-paced adventure that you won't be able to put down' Ernest Cline, bestselling author of Ready Player One

'What a page turner!' Milda on Goodreads, 5 stars

'A first rate thriller, this had me hooked from beginning to end' Robert on Netgalley, 5 stars

'An absolute must read' Lauren on Goodreads, 5 stars

'A clever and action-fuelled story' Culturefly

'For those who loved The Martian, you won't be disappointed' Liz on Netgalley, 5 stars

ANDY WEIR built a two-decade career as a software engineer until the success of his first published novel, The Martian, allowed him to live out his dream of writing full-time.

He is a lifelong space nerd and a devoted hobbyist of such subjects as relativistic physics, orbital mechanics, and the history of manned spaceflight. He also mixes a mean cocktail.

He lives in California.

Weir's great skill, as he already proved with The Martian, is his attention to detail. Artemis is a triumph of imagination ESQUIRE All the things I loved about The Martian are here in spades-the hard science Weir somehow makes accessible and riveting, the masterful, never-see-it-coming plotting, but most of all the voice of his new protagonist, Jazz Bashara-an irreverent, witty, vulnerable heroine, who, just like Mark Watney, is exactly the kind of character you'll want to spend a book with. With Artemis, Andy Weir has done the impossible-he's topped The Martian with a sci-fi-noir-thriller set in a city on the moon. What more do you want from life? Go read it! -- BLAKE CROUCH bestselling author of Dark Matter Weir has done it again: he's created a diverse and fantastic new world, filled with eclectic and memorable characters, and woven them into a dazzling work of contemporary science fiction - one that's chock-full of actual science. Artemis is everything you could hope for in a follow-up to his smash debut The Martian: another smart, fun, fast-paced adventure that you won't be able to put down, featuring a heroine who's equal parts Ellen Ripley, Arya Stark, and Jyn Erso. I can't recommend it enough! -- ERNEST CLINE bestselling author of Ready Player One Jazz, Weir's main character, is a moon-born version of Stieg Larsson's Lisbeth Salander. She is young, rebellious and a petty criminal...Weir's great strength, as he showed in The Martian, is to make us believe. His future society living inside massive domes built not far from where Armstrong set foot in 1969 is utterly plausible. The Times Artemis does for the moon what The Martian did for Mars. His second novel concerns a likeable protagonist in peril, saved by her own resourcefulness, in a tale that leaves readers better informed about science than they were before they read it...Plus the narrator has real charm. There's no question that this novel is going to be a hit The Guardian