A Question of Upbringing 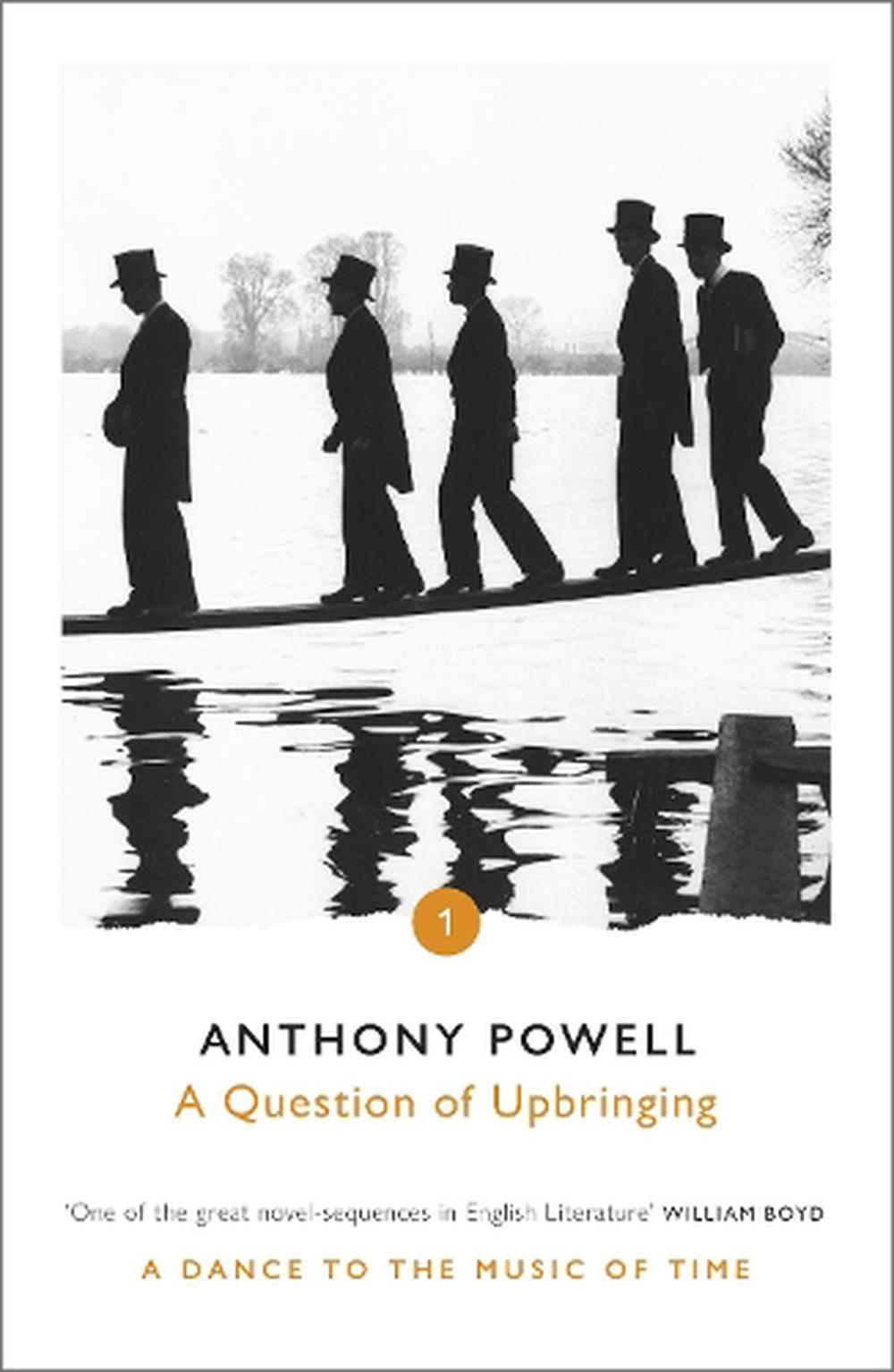 OTHER FORMATS:
PUBLISHED: 6th January 2005
ISBN: 9780099472384
ANNOTATION:
The opening novel in Anthony Powell's brilliant twelve-novel sequence, A Dance to the Music of Time

The opening novel in Anthony Powell's brilliant twelve-novel sequence, A Dance to the Music of Time

A Dance to the Music of Time chronicles the lives of over three hundred characters, and is a unique evocation of life in twentieth-century England. It is unrivalled for its scope, its humour and the enormous pleasure it has given to generations. This first novel in the sequence follows Nicholas Jenkins, Kenneth Widmerpool and others, as they negotiate the intellectual, cultural and social hurdles which stand between them ad the 'Acceptance World'.

Anthony Powell was born in 1905. After working in publishing and as a scriptwriter, he began to write for the Daily Telegraph in the mid-1930s. He served in the army during World War II and subsequently became the fiction reviewer on the TLS. Next came five years as literary editor of Punch. He was appointed a Companion of Honour in 1988. In addition to the twelve-novel sequence, A Dance to the Music of Time, Powell is the author of seven other novels, and four volumes of memoirs, To Keep the Ball Rolling. Anthony Powell died at the age of ninety-five in 2000.

Comic, satisfying, thought-provoking, addictive The Telegraph [A] comic masterpiece Irish Times A book which creates a world and explores it in depth, which ponders changing relationships and values, which creates brilliantly living and diverse characters and then watches them grow and change in their milieu ... Powell's world is as large and as complex as Proust's. New York Times He has wit, style, and panache, in a world where those qualities are in permanently short supply The New York Review of Books I re-read the "Dance" every five years or so and always find something new - the world has changed but the characters are evergreen. Everybody has a Widmerpool in their life. A masterful stylist and a wise, often hilarious observer of human nature and his times, Anthony Powell is an under-appreciated literary gem. The pleasures and dramas of the "Dance" continue to illuminate daily life. Powell's novel sequence is at once a rich chronicle of 20th-century English social life and an intricately wrought work of art. It is also extremely funny, in its sly fashion. Discovering Anthony Powell's "A Dance to the Music of Time" has been one of the greatest pleasures of my reading life. The cool elegance of the prose, the deliciously dry humour, the confident choreography of his characters make for an incomparable treat. "A Dance To The Music of Time" is an epic, elegant masterpiece, so full of lightness and comedy that you're unprepared for how it quietly wrecks your heart. One of the great novel-sequences in English Literature - a wonderful portrait of society, full of insight into the complexities of human behaviour, richly detailed and shrewdly funny.

One of the great novel-sequences in English Literature - a wonderful portrait of society, full of insight into the complexities of human behaviour, richly detailed and shrewdly funny.

"I think it is now becoming clear thatA Dance to the Music of Timeis going to become the greatest modern novel since Ulysses." -Clive James "I would rather read Mr Powell than any English novelist now writing." -Kingsley Amis

The opening novel in Anthony Powell's brilliant twelve-novel sequence, A DANCE TO THE MUSIC OF TIME.