ISBN: 9781609807146
ANNOTATION:
Following the death of his mother, Lula Pace Fortune Ripley, Pace decides to close his construction business and leave his home in New Orleans to undertake an unorthodox religious pilgrimage. 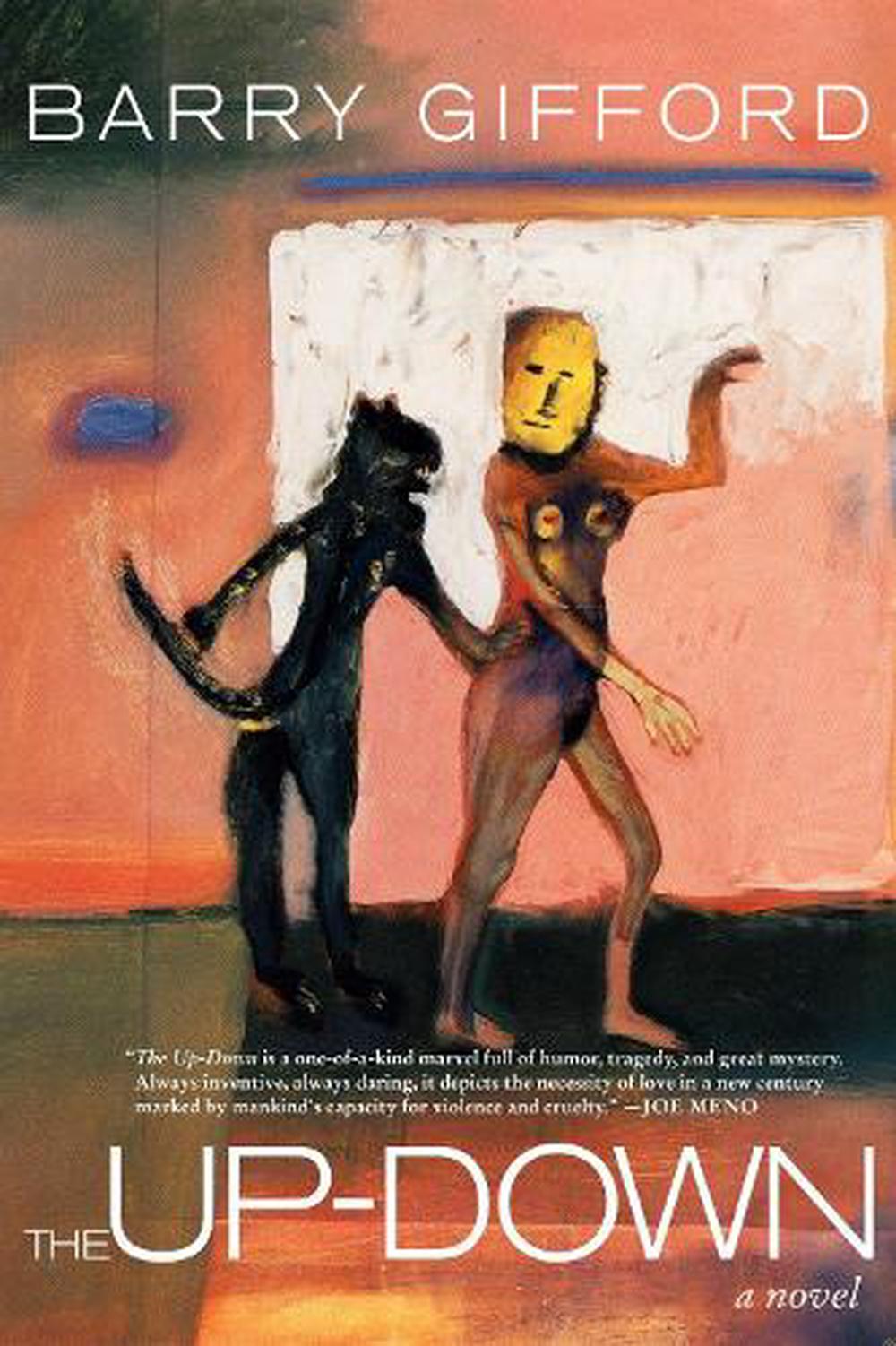 OTHER FORMATS:
ISBN: 9781609807146
ANNOTATION:
Following the death of his mother, Lula Pace Fortune Ripley, Pace decides to close his construction business and leave his home in New Orleans to undertake an unorthodox religious pilgrimage.

Following the death of his mother, Lula Pace Fortune Ripley, Pace decides to close his construction business and leave his home in New Orleans to undertake an unorthodox religious pilgrimage.

Following the death of his mother, Lula Pace Fortune Ripley, Pace decides to close his construction business and leave his home in New Orleans to undertake an unorthodox religious pilgrimage. Intrigued by the Up-Down, a mystical fifth direction mythologised by ancient cultures, Pace sets out on a search for the centre of consciousness. Pace's voyage is a sweeping, voracious human tale that takes no prisoners, witnesses extreme brutalities and expresses a childlike amazement. Here the route goes across America, but the geography he is charting is always first and foremost unchartable.

Barry Gifford is the author of over twenty-five books. His work includes fiction, non-fiction, poetry, plays and screenplays and has been translated into more than seventeen languages. His novel, Wild at Heart was made into an award winning film by David Lynch. It was the first of six interlocking novels which follow the crazy adventures of Sailor Ripley and Lula Pace Fortune, referred to as "the most likeable, sex-driven, star-crossed lovers that you are ever likely to meet." Gifford's writing has appeared in many national magazines and newspapers and his books have received awards from PEN,

"The Up-Down is so beautifully written. It's Barry Gifford poetry. It's right next door to perfection." -David Lynch "The Up-Down rockets along at a breakneck pace. Gifford is a master of the set piece in the tradition of Nelson Algren: larger-than-life characters, ribald dialogue and an uninhibited spirit that seesaws between the profound and the profane. . . . While Pace wonders whether he's left his mark, Gifford doesn't have to: The legacy of Sailor and Lula is as satisfying as it is strange."--Jim Ruland, Los Angeles Times

"I was operating under the mistaken belief that Pace's story could never rival my affection for Sailor and Lula and yet... I love The Up-Down. I was floored by the humor, (seemingly off-the-cuff) wisdom and poignant tone that is infused through this epic story. The character's dreams--always a strong suit--have somehow become even more vivid."--Sebastian Gutierrez, writer of the films Gothika and Snakes on a Plane, and writer/director of the film Judas Kiss.

"The Up-Down, Barry Gifford's final installment in the legendary Sailor and Lula series, is a one-of-a-kind marvel, full of humor, tragedy, and great mystery. Always inventive, always daring, Gifford's novel thoughtfully depicts the necessity of love in a new century marked by mankind's capacity for violence and cruelty. A brilliant coda to the defining love story of the last twenty years."--Joe Meno, author of Office Girl and The Great Perhaps

"With an impressive gift for deftly crafting a complex and interwoven but always entertaining novel, Barry Gifford's unique style of writing is as impressive as it is compelling."--Micah Andrews, Midwest Book Review

"The Up-Down can be seen as a coda to the [Sailor and Lula] books, or even a koan of sorts, to underscore the fact that life is not logical or comprehensible and it can only be understood intuitively, experientially."--Jim Ewing, Jackson Clarion-Ledger

"With his breakout novel, "Wild at Heart," Berkeley author Barry Gifford started the saga of Sailor Ripley and his wife, Lula Pace Fortune. The book, which was adapted into a feature film by director David Lynch, spawned a series: the turbulent lives of Gifford's "Romeo and Juliet of the South" were featured in seven subsequent novels and novellas. Both characters are dead now, but their names live on in Gifford's latest, his 20th novel and 57th book. It's about Pace, the son of Sailor and Lula. At 58 years old, living in New Orleans, Pace embarks on a kind of spiritual journey--the "up-down" of the title--traveling to Illinois, Wisconsin, Wyoming and finally to North Carolina, where his parents' story began. Searching for elusive truths, haunted by strange dreams and violent encounters, he writes his own version of his parents' life, even as he attempts to reconcile his own. Gifford's a romantic at heart, and this volume brings Sailor and Lula's epic to a--perhaps--bittersweet end."--Georgia Rowe, Oakland Tribune