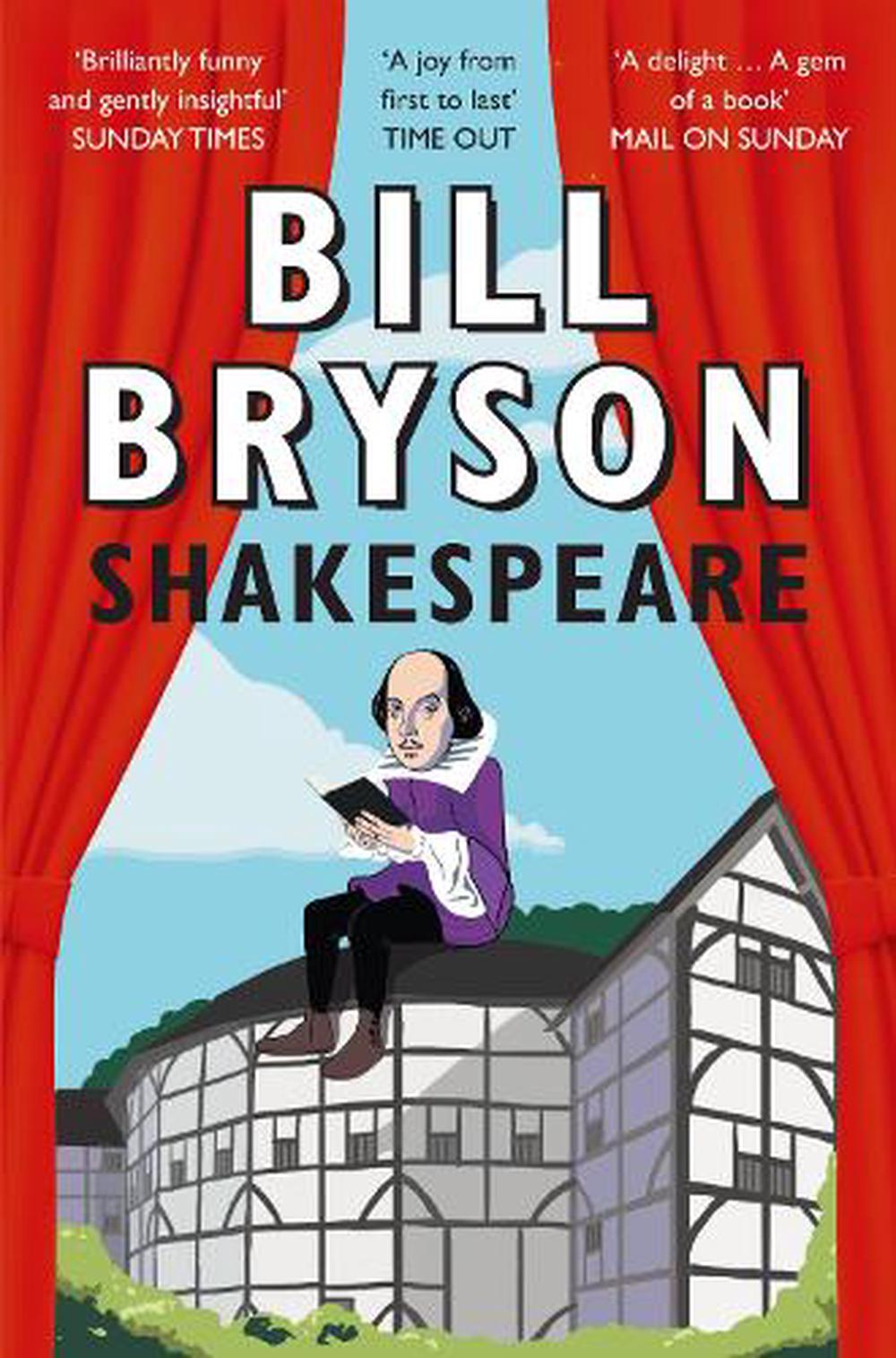 A new edition of bestselling author Bill Bryson's compelling and concise biography of William Shakespeare, to mark the 400th anniversary of his death in 2016.

Examining centuries of myths, half-truths and downright lies, Bill Bryson makes sense of the man behind the masterpieces. As he leads us through the crowded streets of Elizabethan England, he brings to life the places and characters that inspired Shakespeare's work, with his trademark wit and accessibility. Along the way he delights in the inventiveness of Shakespeare's language, which has given us so many of the indispensable words and phrases we use today, and celebrates the Bard's legacy to our literature, culture and history.

Drawing together information from a vast array of sources, this is a masterful account of the life and works of William Shakespeare, one of the most famous and most enigmatic people ever to have lived - not to mention a classic piece of Bill Bryson, author of 'A Short History of Nearly Everything' and 'Notes from a Small Island'.

Bill Bryson's many books include, most recently 'The Life and Times of the Thunderbolt Kid' as well as 'A Short History of Nearly Everything', 'I'm a Stranger Here Myself', 'A Walk in the Woods', 'Neither Here Nor There', 'Made in America', and 'Notes from a Small Island'. He edited 'The Best American Travel Writing 2000'. Born in Des Moines, he now lives in Norfolk with his wife and four children.

'This season's best-selling volume.' Independent 'A brilliantly funny and gently insightful travel guide to 16th century England. Bryson is great at picking out of the morass of Elizabethan fact the small details that illuminate and amuse!he also uncovers from the world that surrounded the theatre some fascinating examples of Elizabethan eccentricity!As an abbreviated tour around the world of Shakespeare, this could hardly be bettered.' Sunday Times 'Bill Bryson has always been able to spot a market; and there ought to be a market for his latest book!an accessible, sensible Life of Shakespeare!surely a fine gift for someone encountering Shakespeare for the first time!Bryson is shrewd!and as funny as you'd expect...he sets down all the important bits of evidence, and assesses them in a measured scholarly way. He's good value too.' Daily Telegraph 'Measured, sensible and, at times, as wryly humorous as you'd expect.' The Times 'Bryson uses an inimitably light touch and squeezes a vast subject down to manageable proportions!he is a warm and funny guide through the whole complicated morass of Shakespearean scholarship.' Financial Times 'Bill Bryson offers us a brisk summary of all the things we'd like to know, but don't!enough to be absorbed in an entertaining evening.' Daily Mail 'Bill Bryson's short biography of Shakespeare is a delight!fresh, concise and!sharply illuminting!Bryson is brilliant at picking out just a few telltale details to paint a bigger picture!a gem of a book, likely to be useful to both beginners and to seasoned Shakespeareans alike.' Mail on Sunday Praise for 'A Short History of Nearly Everything': 'A modern classic.' The New York Times 'It represents a wonderful education, and all schools would be better places if it were the core science reader on the curriculum.' Times Literary Supplement Praise for 'The Life and Times of the Thunderbolt Kid': 'Outlandishly and improbably entertaining!inevitably [I] would be reduced to body-racking, tear-inducing, de-couching laughter.' New York Times 'Always witty and sometimes hilarious!wonderfully funny and touching.' Literary Review

A telling glance at one of history's most famously unknowable figures.As sometimes happens with expatriates, journalist Bryson (The Life and Times of the Thunderbolt Kid: A Memoir, 2006, etc.) often turned his attention to his native America during his 20-year residence in England (Made in America, 1995, etc.). Apparently he's now been back home long enough to look the other way in this 12th volume in James Atlas's well-received Eminent Lives series. And who better fits the bill for this assortment of brief biographies than Shakespeare, the literary behemoth who practically defines the Western canon yet boasts a CV that could hardly be slimmer. As the typically wry Bryson observes, "It is because we have so much of Shakespeare's work that we can appreciate how little we know of him as a person. faced with a wealth of text but a poverty of context, scholars have focused obsessively on what they can know." Bryson is just as happy to point out what we can't. To him, Shakespeare is the "literary equivalent of an electron - forever there and not there." Indeed, he makes so much of the fact that so much has been made from the singularly few known facts of the Bard's life that one might say this thin volume's raison d'etre is to identify the many paradoxes surrounding all things Shakespeare, which Bryson candidly illuminates in several deft turns of phrase. That is as good a tack as any to take in this sort of Cliffs Notes - style overview of the rich afterlife and times of Shakespeare, recognized as great, Bryson claims, for his "positive and palpable appreciation of the transfixing power of language" - a point on which even those who don't believe Shakespeare was Shakespeare would agree, and a trait he happens to share with his biographer.Shakespeare redux for the common reader. (Kirkus Reviews)