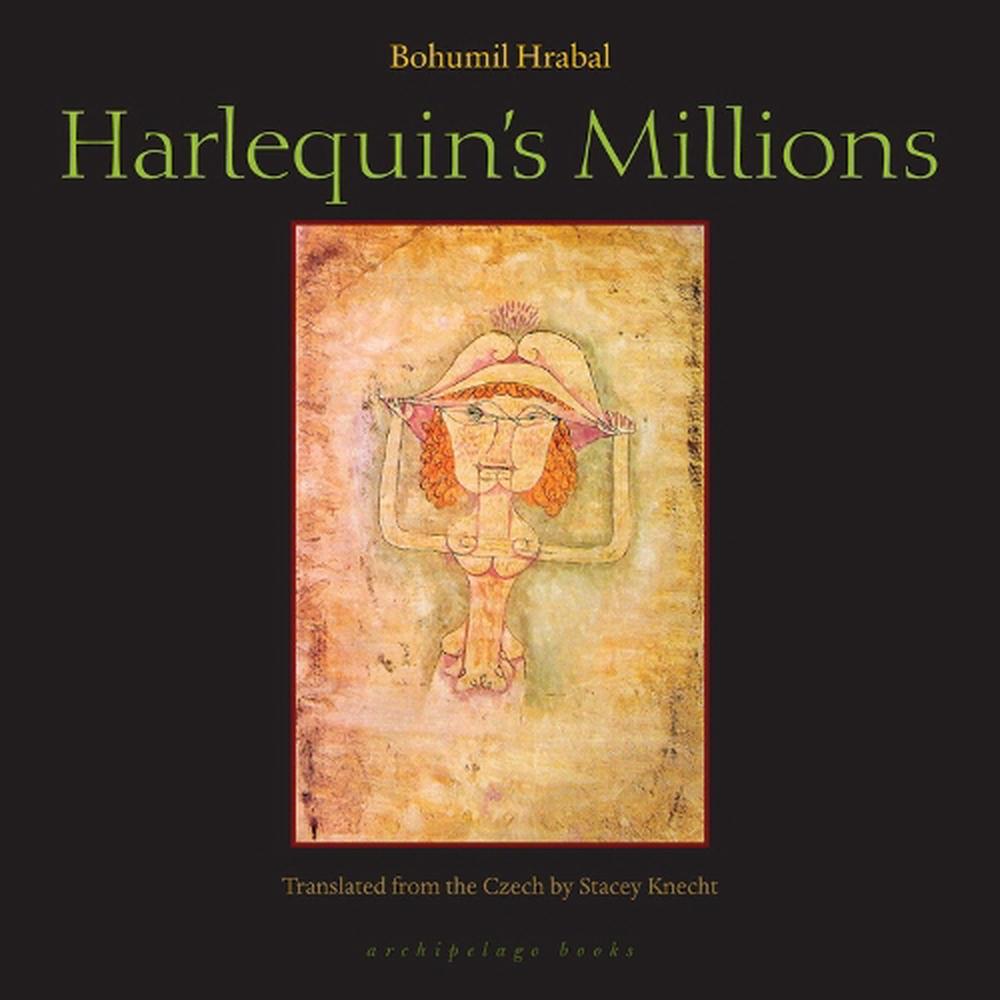 OTHER FORMATS:
ISBN: 9780981955735
ANNOTATION:
A poignant, very funny novel full of unforgettable characters who reminisce about their changing country.

A poignant, very funny novel full of unforgettable characters who reminisce about their changing country.

Set in a home for the elderly, Harlequin's Millions is full of unforgettable characters who reminisce about their lives and their changing country. The central characters are as playful as they are stubborn and melancholy, forever gazing back into their personal and collective history with transcendent wonder. Written with a touch of the comically absurd and sprinkled with dialogue that captures the poignancy of the everyday, Harlequin's Millions is a sensual delight.

Bohumil Hrabal (1914-1997) was born in Moravia and started writing poems under the influence of French surrealism. In the early 1950s he began to experiment with a stream-of-consciousness style, and eventually wrote such classics as "Closely Watched Trains" (made into an Academy Award-winning film directed by Jiri Menzel), "The Death of Mr. Baltisberger", and "Too Loud a Solitude". He fell to his death from the fifth floor of a Prague hospital, apparently trying to feed the pigeons.

"A surreal and loquacious tale. . . . Billed as "a fairy tale," the novel, at times, fancifully confounds expectations. . . and Hrabal's long, lyrical sentences (each chapter consists of a single paragraph) are not only eloquently constructed, but also as spirited as the scenes they illustrate." --Publishers Weekly (starred review)

"[A] uniquely compelling blend of parable, fantasy, social realism and testament to the power of storytelling. . . . the voice of the narrator is spellbinding, even as the reader becomes less sure of her credibility. . . . An enchanting novel, full of life, about the end of life." --Kirkus Reviews (Starred Review) "Hrabal's images and language, his anecdotes and precise observations create an exceptionally sensuous reverie about the passage of time. . . Hrabal elicits from his adult reader not just sweet Proustian melancholy but also a better, deeper appreciation of the bright but evanescent sunshine outside." -- Washington Post

"Knecht has guided this quiet book into an engaging, heartfelt experience without letting it drop into mawkish emofiction." -- Shelf Awareness

"You get to laze around in beautiful, page-long sentences deep with observation and memory. The rhythm and lyricism are powerful and subtle. I can't believe I'm writing this. It sounds like a book I would detest. And yet it stays perched at the top of my longlist." -- BTBA Judge George Carroll

"The song ['Harlequin's Millions'] infuses the book, a sad soundtrack to a novel that manages to be vibrant and wistful. Thanks to Stacey Knecht's expert translation, one of the 20th century's most inventive literary talents feels very much alive." -- Malcolm Forbes, The Minneapolis Star Tribune

"Hrabal, to my mind, is one of the greatest living European prose writers." --Philip Roth, 1990

"There are pages of queer magic unlike anything else currently being done with words." --The Guardian

"Hrabal is a most sophisticated novelist, with a gusting humour and hushed tenderness of detail." --Julian Barnes

"What Hrabal has created is an informal history of the indomitable Czech spirit. And perhaps ... the human spirit." --The Times

""Bohumil Hrabal, for all reductive purposes, is the Czech Proust: meaning, he's of the same stirring brilliance, but also meaning that Proust is the French Hrabal. . . Few possess a voice as bold as any one of the many Hrabal has served up. . . What is not okay is to let him slip away from a mainstream eye, and stay reserved for readers looking to 'challenge' themselves." -- Tweed's Magazine of Literature and Art

Praise for I Served the King of England : "A comic novel of great inventiveness ... charming, wise, and sad--and an unexpectedly good laugh." - Philadelphia Inquirer "A joyful, picaresque story, which begins with Baron Munchausen-like adventures and ends in tears and solitude." - James Wood, The London Review of Books "An extraordinary and subtly tragicomic novel." - The New York Times Praise for The Little Town Where Time Stood Still : "Glorious ... Hrabal combines good humour and hilarity with tenderness and a tragic sense of his country's history" - The Observer "There are pages of queer magic unlike anything else currently being done with words." - The Guardian "Hrabal is a most sophisticated novelist, with a gusting humour and a hushed tenderness of detail." - Julian Barnes "Hrabal fills his pages with humanity and enchantment." - The Times (London) "Enchanting." - Time Out