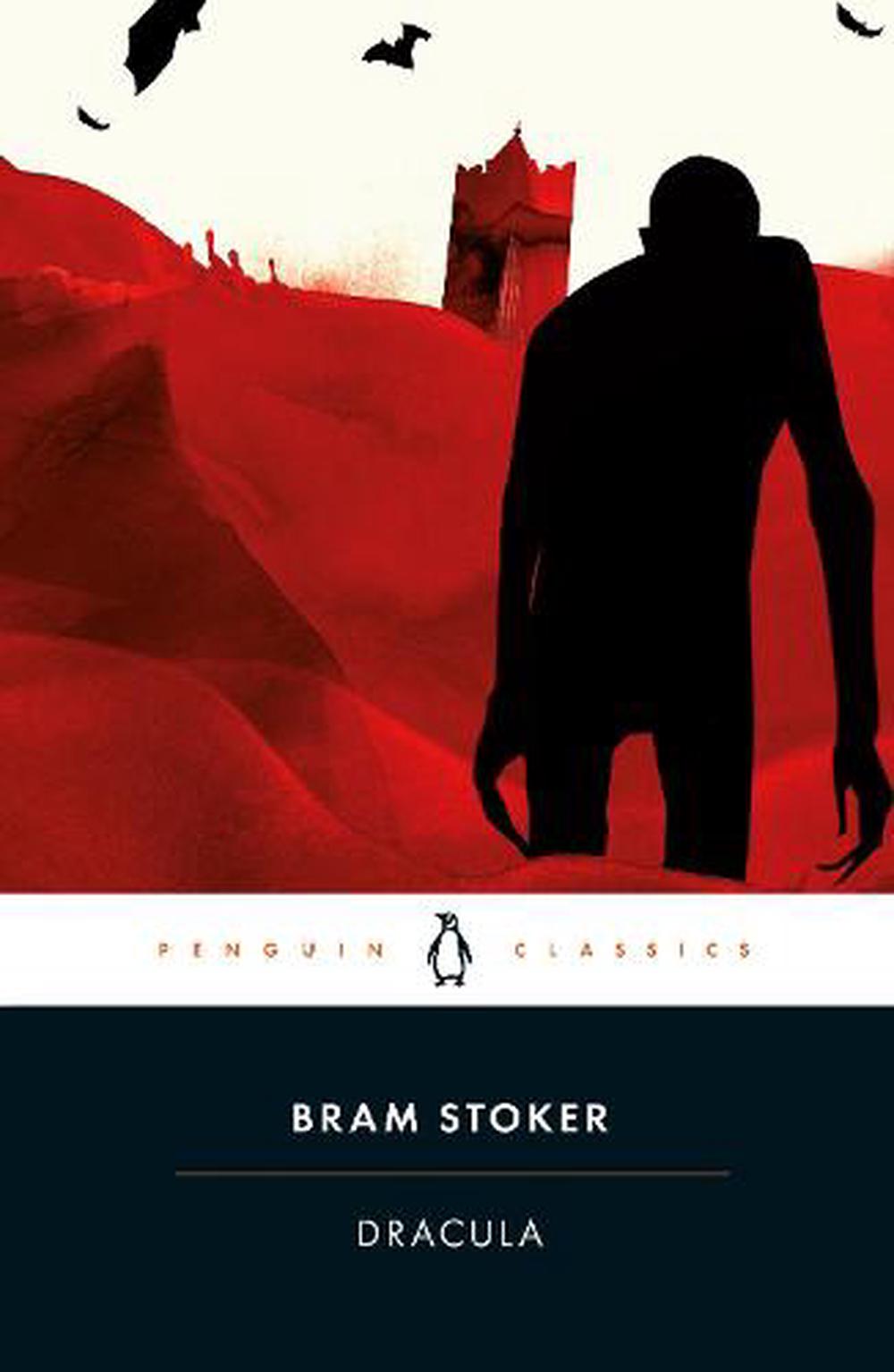 OTHER FORMATS:
PUBLISHED: 30th April 2003
ISBN: 9780141439846
ANNOTATION:
This is a completely revised edition of Bram Stoker's masterpiece of horror featuring the bloodthirsty count.

This is a completely revised edition of Bram Stoker's masterpiece of horror featuring the bloodthirsty count.

The vampire novel that started it all, Bram Stoker's Dracula probes deeply into human identity, sanity, and the dark corners of Victorian sexuality and desire. When Jonathan Harker visits Transylvania to help Count Dracula purchase a London house, he makes horrifying discoveries about his client. Soon afterward, disturbing incidents unfold in England—an unmanned ship is wrecked at Whitby, strange puncture marks appear on a young woman's neck, and a lunatic asylum inmate raves about the imminent arrival of his "Master"—culminating in a battle of wits between the sinister Count and a determined group of adversaries.

@BleedingGums A damsel is bleeding from her ears and eyes She's afraid of the sun Like a ginger We must sort this out. She may be a vampire, but I can't tell the father. He wonders if her 'lady times' are just out of control. From "Twitterature: The World's Greatest Books in Twenty Tweets or Less"

Abraham 'Bram' Stoker was born in Dublin on 8 November 1847. He graduated in Mathematics from Trinity College, Dublin in 1867 and then worked as a civil servant. In 1878 he married Florence Balcombe. He later moved to London and became business manager of his friend Henry Irving's Lyceum Theatre. He wrote several sensational novels including novels The Snake's Pass (1890), Dracula (1897), The Jewel of Seven Stars (1903), and The Lair of the White Worm (1911). Bram Stoker died on 20 April 1912.

"Those who cannot find their own reflection in Bram Stoker's still-living creation are surely the undead."