How to Build a Girl

PUBLISHED: 1st April 2015
ISBN: 9780091949013
ANNOTATION:
The phenomenal Number One Sunday Times Bestseller in hardback and now Number One in paperback! 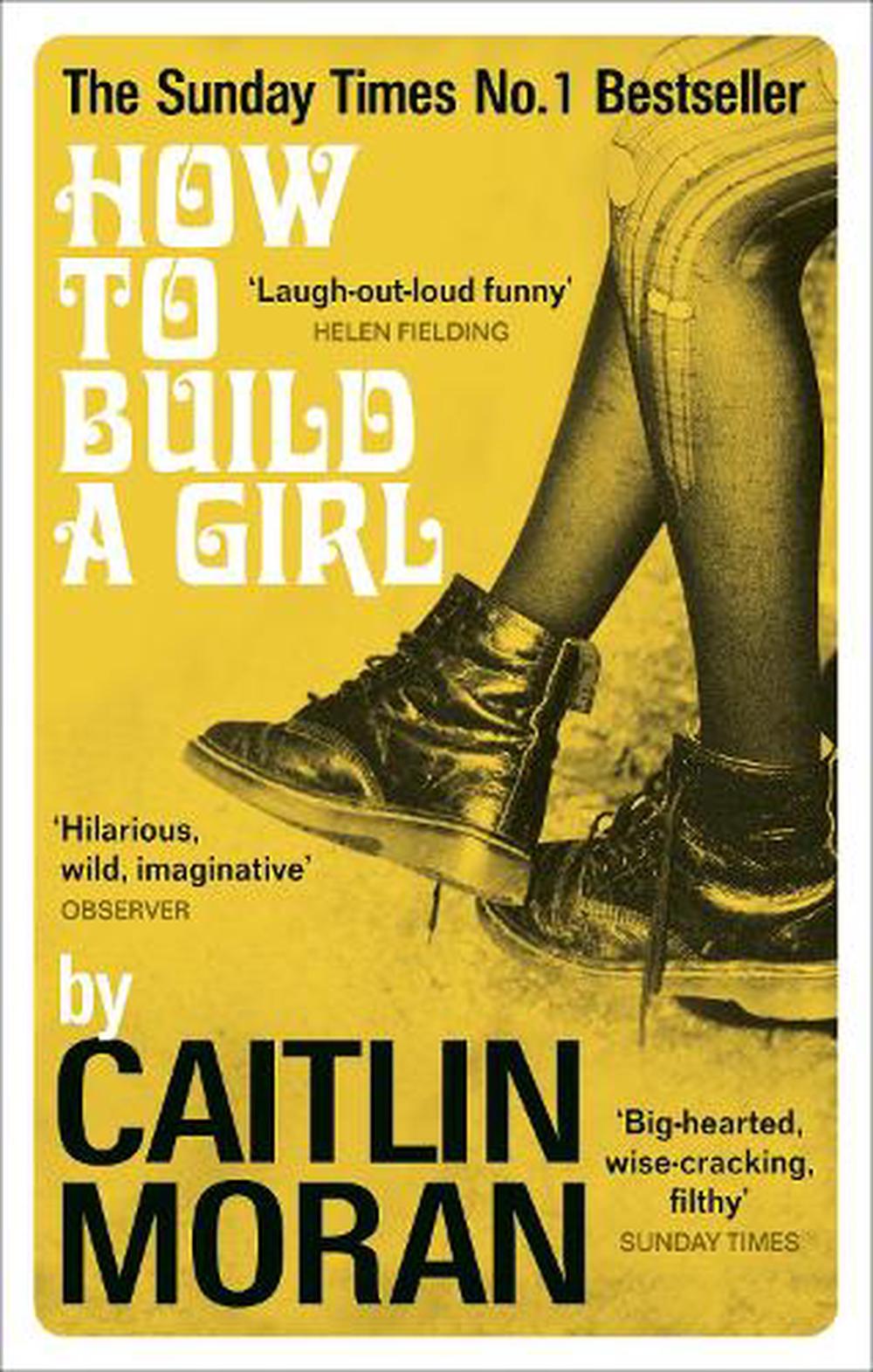 OTHER FORMATS:
PUBLISHED: 1st April 2015
ISBN: 9780091949013
ANNOTATION:
The phenomenal Number One Sunday Times Bestseller in hardback and now Number One in paperback!

The phenomenal Number One Sunday Times Bestseller in hardback and now Number One in paperback!

The phenomenal Number One Sunday Times Bestseller in hardback and now Number One in paperback!

My name's Johanna Morrigan. I'm fourteen, and I've just decided to kill myself.

I don't really want to die, of course! I just need to kill Johanna, and build a new girl. Dolly Wilde will be everything I want to be, and more! But as with all the best coming-of-age stories, it doesn't exactly go to plan...

Caitlin Moran's second novel, HOW TO BE FAMOUS, sees the return of Dolly Wilde in a riotous coming of age novel set in the epicentre of Britpop London. Out Now

Caitlin Moran is the eldest of eight children, home-educated on a council estate in Wolverhampton, believing that if she were very good and worked very hard, she might one day evolve into Bill Murray.

She published a children's novel, The Chronicles of Narmo, at the age of 16, and became a columnist at The Times at 18. She has gone on to be named Columnist of the Year six times. At one point, she was also Interviewer and Critic of the Year - which is good going for someone who still regularly mistypes 'the' as 'hte'. Her multi-award-winning bestseller How to Be a Woman has been published in 28 countries, and won the British Book Awards' Book of the Year 2011. Her two volumes of collected journalism, Moranthology and Moranifesto, were Sunday Times bestsellers, and her novel, How to Build a Girl, debuted at Number One, and is currently being adapted as a movie. She co-wrote two series of the Rose d'Or-winning Channel 4 sitcom Raised by Wolves with her sister, Caroline.

Caitlin lives on Twitter with her husband and two children, where she spends her time tweeting either about civil rights issues, or that picture of Bruce Springsteen when he was 23, and has his top off. She would like to be remembered as 'a very sexual humanitarian'.

an entertaining read, with Moran in fine voice - hilarious, wild, imaginative and highly valuable...Moran is in danger of becoming to female masturbation what Keats was to Nightingales... -- Barbara Ellen The Observer Moran also writes brilliantly about music, and especially about what music can do. She carries Johanna through this novel with incredible verve, extravagant candour, and a lot of heart. Johanna is ... a wonderful heroine. A heroine who cares, who bravely sallies forth and makes things happen, who gives of herself, who is refreshingly unashamed. She's so confident, it's glorious The Independent on Sunday there's so much real feeling too. Johanna's vulnerability and bravado, as she moves out of her world and falls in love is beautifully done' or ' and running through it all, with a visceral power that most writers should envy, is the shame and grinding anxiety of being poor Sunday Times Ms. Moran['s] ... funny and cheerfully dirty coming-of-age novel has a hard kernel of class awareness ... sloppy, big-hearted and alive in all the right ways. -- Dwight Garner New York Times rowdy and fearless ... sloppy, big-hearted and alive in all the right ways New York Times as irreverent, amusing and vibrant as Moran herself GQ I laughed aloud at this funny, outrageous story of a girl from Wolverhampton council estate who reinvents herself as Dolly Wilde Woman & Home This is going to be a bestseller...A sharp, hilarious and controversial read The Bookseller terrific - funny, honest and deliciously rude -- Alice O'Keefe The Bookseller This very British (and very naughty) coming-of-age novel will have you in literal hysterics! Company Moran is a brilliantly funny writer, and How To Build A Girl is brimful of jokes FT So funny it hurts. How to Build a Girl is Adrian Mole meets Fear of Flying. I predict they'll be tears a plenty - both of laughter and excruciating recognition - on sun-loungers this summer Harper's Bazaar An exuberant coming of age novel in DMs and ripped tights Tatler The self-conscious agonies of precocious yet sensitive Dolly ring painfully true, while the witty sex scenes, boozy anecdotes and one-liners make this great fun... Sunday Mirror Exuberant, funny coming-of-age tale with a highly-literate, resourceful Wolverhampton teen at its centre. As building girls goes this is one alternative instruction manual every woman should read Daily Express A riotous read with jokes galore cut through with lightly handled serious observations about the nature of poverty and the challenges of emerging female sexuality. It is also stunningly rude... Sunday Express She writes with breathtaking brio...Moran shows her shining soul - which is even more remarkable than her wit - when she writes about being young, looking for love and the utter vileness of the class system . . .almost every page has something on it which makes you smile, makes you sad or makes you think - often all three at once, in one sentence -- Julie Burchill The Spectator Binge-read all of #HowToBuildAGirl in one sitting. Even missed supper. A first -- Nigella Lawson I have so much love for Caitlin Moran -- Lena Dunham This isn't a sleek, slick novel, but it is a rambunctious, raw-edged, silly-profound and deeply relatable guide to what your worst mistakes can teach you, and it has much to offer teenagers both actual and inner The Independent spirited coming of age novel romps from strength to strength...I'm a Moran fan -- Lionel Shriver The Times A Portnoy's Complaint for girls... when I see this book described as "laugh-out-loud funny" I feel affronted; it could make you laugh out loud with one hand tied behind its back, while wanking itself off to fantasies of Satan. Laughing out loud is just the start -- Zoe Williams The Guardian Brilliantly observed, thrillingly rude and laugh-out-loud funny -- Helen Fielding