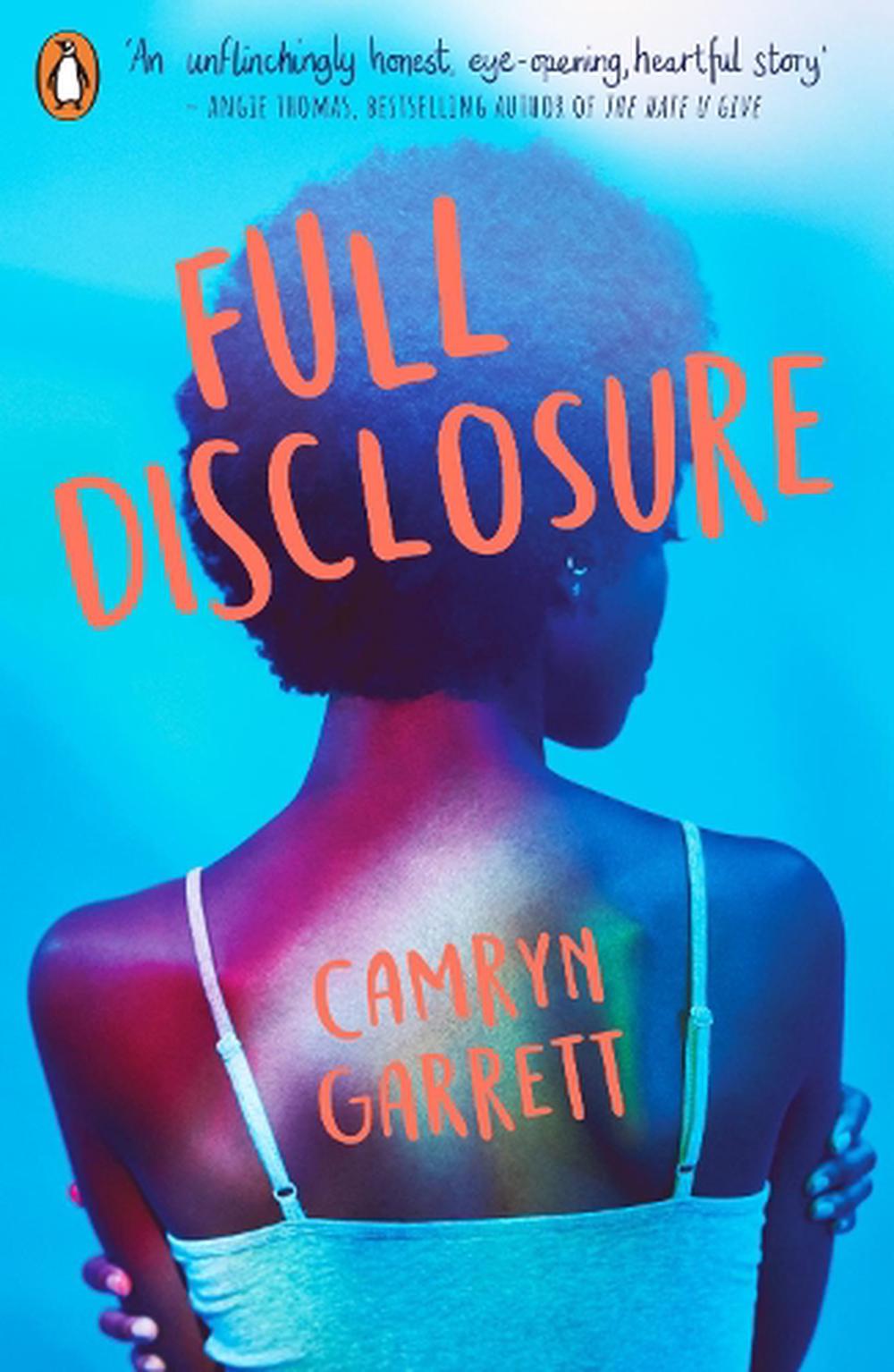 Simone is HIV-positive - and positive HIV won't define her. She also knows that celibacy is the best way to stay safe. Enter Miles Austin- intelligent, funny and way too sexy for Simone to resist. But her classmates don't know that she's HIV-positive - and what is the truth worth in the hands of the wrong person?

Camryn Garrett was born and raised in New York. When she was thirteen, she was selected as a TIME for Kids reporter, where she interviewed celebrities like Warren Buffett and Kristen Bell. Her writing has appeared in the Huffington Post, MTV, and Rookie Magazine. In 2015, she was named as one of MTV's 8 Inspiring Teens Using Social Media to Change the World. Camryn is also interested in film, having spent the summer of 2017 at New York University's Summer Filmmaking Workshop. She is a proud advocate of diverse stories and writers. You can find her on Twitter @dancingofpens, tweeting from a laptop named Douglass.

Fearless and affirming, Full Disclosure is a celebration of love, friendship, and being true to yourself. Marieke Nijkamp, author of This Is Where It Ends Mind-blowingly powerful, Full Disclosure is an intense, unapologetically sex-positive read . . . A book I wish I'd had growing up. Sandhya Menon, bestselling author of When Dimple Met Rishi Full Disclosure is romantic, funny, hopeful, and unflinchingly real, with some next-level theater kid geekery to boot. Simone is the kind of brilliant, messy, nerdy teen I love to root for. I'm so glad her story is in the world. Becky Albertalli, New York Times bestselling author of Simon vs the Homo Sapiens Agenda A promising new voice in young adult literature, Camryn Garrett has penned an unflinchingly honest, eye-opening, heartful story that's sure to keep readers talking. Angie Thomas, #1 NYT bestselling author of The Hate U Give

A smart, funny, sex-positive YA perfect for fans of Nicola Yoon and Rainbow Rowell.