PUBLISHED: 24th September 2019
ISBN: 9781472143853
ANNOTATION:
Accessibly brings together and interprets the latest research in neuroscience, psychology, paediatrics and education (inspired by Maria Montessori) and the timeless conclusions of ancient philosophers to illuminate the author's wonder-based approach to parenting and learning. 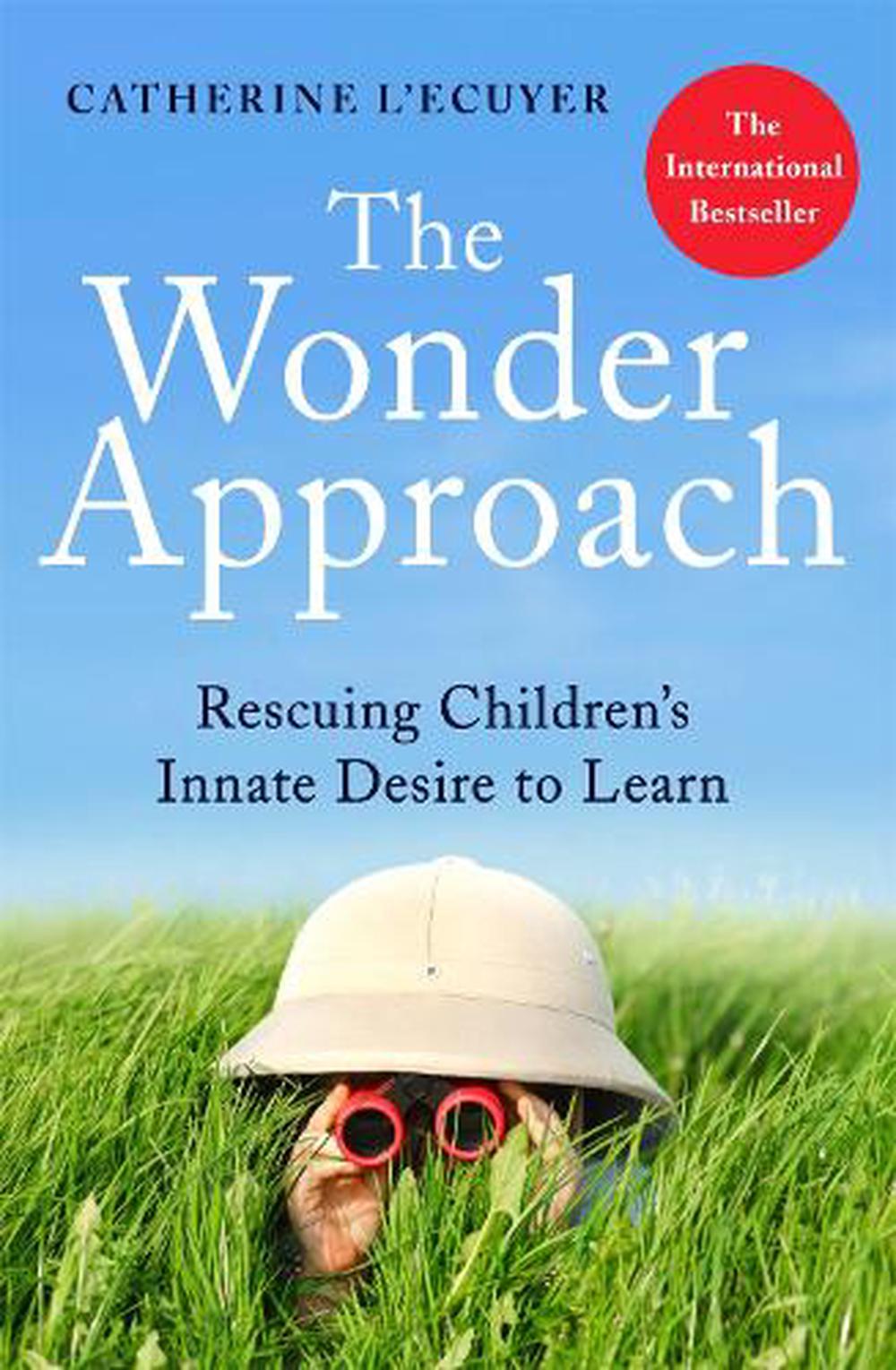 Accessibly brings together and interprets the latest research in neuroscience, psychology, paediatrics and education (inspired by Maria Montessori) and the timeless conclusions of ancient philosophers to illuminate the author's wonder-based approach to parenting and learning.

'This book is a must-read for parents and educators who want to refocus children's attention to one of the greatest secrets to long-term happiness - discovering the extraordinary in the ordinary' - Jessica Joelle Alexander, co-author of The Danish Way of Parenting

Children of the last twenty years have grown up in an increasingly frenzied and demanding environment so that, on one hand, education has been rendered more complicated, and on the other, the essentials have been lost to view. In order to ensure their future success, parents often feel that they must fill their children's schedules with endless activities that cause leisure, spontaneous activity, and the experience of nature, beauty and silence, to fade out of their lives.

This veritable race toward adulthood distances children more and more from the natural laws of childhood. A constant stream of loud and flashy stimuli disturbs the only true and sustainable learning that exists in them: that of calmly and quietly discovering the world for themselves and at their own pace, with a sense of wonder that goes beyond mere curiosity for the unknown or interest in novelty.

In a world such as this, it can be a daunting task for a parent or educator of young children to discern how to best raise their children. Catherine L'Ecuyer offers clarity, drawing attention to the findings of many studies of the last few decades on the effects of screen use, overstimulation and mechanistic approaches to education on young children, and suggests time exploring the real world, more silence and the 'Wonder Approach' as remedies.

Learning should be a wondrous journey guided by a deep reflection on what the natural laws of childhood require: respect for children's pace and rhythms, innocence, sense of mystery and thirst for beauty.

Catherine L'Ecuyer, PhD, LL.B., MBA, MRes, is a Doctor in Educational Sciences and Psychology. Catherine is Canadian, now living in Barcelona with four children. She holds a law degree from Laval University, has an MBA from IESE Business School, and an Official European Master of Research. In Canada, she worked as Senior Counsel for a telecommunications company and in Spain she has taught university classes and worked as a consultant. The Swiss journal Frontiers in Human Neuroscience published her article "The Wonder Approach to Learning," which converted her thesis into a new hypothesis/theory of learning. In 2015, she received the Pajarita Award from the Spanish Association of Toy Manufacturers for "promoting a culture of play in the media," and was invited to speak to the Education Commission of the Congress of Deputies of Spain. She has served as a consultant to the Spanish government regarding the use of digital technology by minors and to the government of the state of Puebla in Mexico concerning preschool reform. Her first book, The Wonder Approach (23 editions in Spain), has been published in eight languages and is available in more than fifteen countries. She has also published Educar en la realidad (7 editions in Spain), on the use of digital media in childhood and adolescence. A recent video interview she did as part of Aprendemos Juntos (BBVA-El Pais) received over 10 million views in the course of a few weeks and the video has won the YouTube Ads Leaderboard award - given by Google in most European countries - for being the third most creative video on YouTube. She currently collaborates with the Mind-Brain Group of the University of Navarra and is a columnist for El Pais, one of the most-read newspapers in Spain.

'In our increasingly overstimulated world, The Wonder Approach taps into one of the most profound wellsprings of learning, motivation and meaning in our children - their sense of wonder. Peeling back the screens, over scheduling and educational tools, this book is a must-read for parents and educators who want to refocus children's attention to one of the greatest secrets to long-term happiness - discovering the extraordinary in the ordinary. Highly recommended' - Jessica Joelle Alexander, co-author of The Danish Way of Parenting

'Catherine L'Ecuyer is an island of common sense in a sea of people instructing you on the right way of parenting' - Rodrigo Gurtel, literary critic, Brazil

'Catherine L'Ecuyer predicted many of the problems that we face today: the overstimulation caused by hyper-education and the digital world which is blinding our children. Catherine is gifted in two ways: she writes for the wider public about scientific foundations which have been extraordinarily consistent; and she rightfully criticises our ingenuity when it comes to incorporating digital technology in our children's lives, however she does this without being pessimistic but by offering practical and beautiful alternatives' - Vicente Bellver, Professor in Philosophy of Law and Politics, Valencia University, Spain

'I highly recommend this book to all parents and teachers, to those in favour of immersing children in the natural world, to those concerned about the effects of excessive screen time and to everyone who cares about reclaiming childhood' - Kim Allsup, author of A Gift of Wonder

'Gentle and evocative, at the same time it is deeply thought provoking, like everything that is good, true and beautiful. Compulsory reading for all educators' - Inigo Pirfano, orchestra director