Everything I Never Told You

ISBN: 9780349134284
ANNOTATION:
Lydia is dead. But they don't know this yet. After sixteen-year-old Lydia goes missing and her body turns up in the lake, the police rule it as a suicide. But Lydia's family are determined to search for clues to find out what really happened... 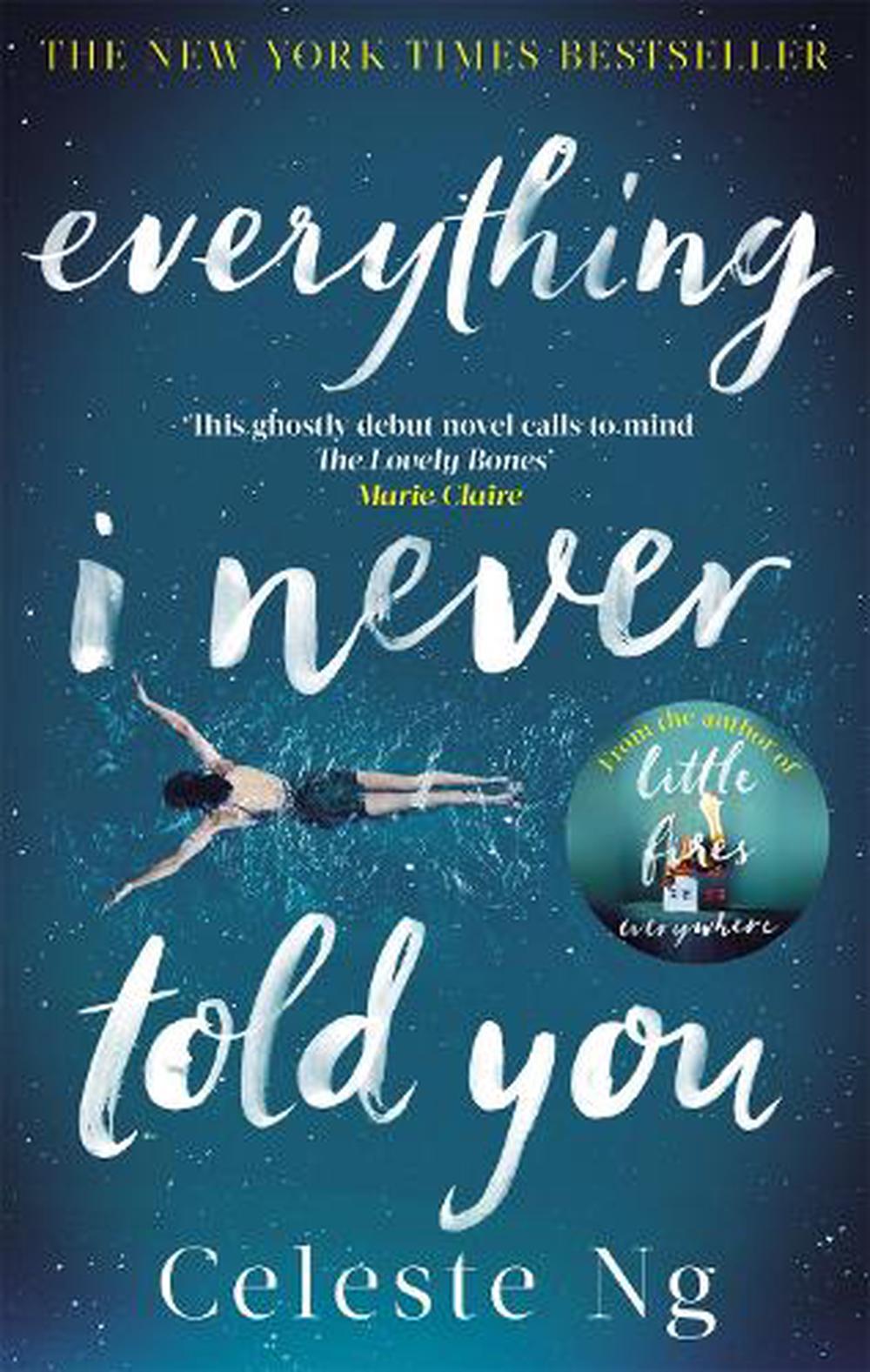 Lydia is dead. But they don't know this yet.

After sixteen-year-old Lydia goes missing and her body turns up in the lake, the police rule it as a suicide. But Lydia's family are determined to search for clues to find out what really happened...

'There is much here that might impress Pulitzer and Man Booker judges...Ng brilliantly depicts the destruction that parents can inflict on their children and on each other' Mark Lawson, Guardian

Lydia is the favourite child of Marilyn and James Lee; a girl who inherited her mother's bright blue eyes and her father's jet-black hair. Her parents are determined that Lydia will fulfill the dreams they were unable to pursue - in Marilyn's case that her daughter become a doctor rather than a homemaker, in James's case that Lydia be popular at school, a girl with a busy social life and the centre of every party. But Lydia is under pressures that have nothing to do with growing up in 1970s small town Ohio. Her father is an American born of first-generation Chinese immigrants, and his ethnicity, and hers, make them conspicuous in any setting.

When Lydia's body is found in the local lake, James is consumed by guilt and sets out on a reckless path that may destroy his marriage. Marilyn, devastated and vengeful, is determined to make someone accountable, no matter what the cost. Lydia's older brother, Nathan, is convinced that local bad boy Jack is somehow involved. But it's the youngest in the family - Hannah - who observes far more than anyone realises and who may be the only one who knows what really happened.

And if you loved Everything I Never Told You, don't miss Celeste Ng's second novel Little Fires Eveywhere

What readers are saying:

'Ng is a true craftsman. I implore you to read this. Also my favourite ending of a novel so far this year'

'This is the best book I have read this year'

Celeste Ng grew up in Pittsburgh, Pennsylvania, and Shaker Heights, Ohio. She attended Harvard University and earned an MFA from the University of Michigan. Her debut novel, Everything I Never Told You, won the Hopwood Award, the Massachusetts Book Award, the Asian/Pacific American Award for Literature, and the American Library Association's Alex Award. She is a 2016 National Endowment for the Arts Fellow, and she lives in Cambridge, Massachusetts.

The mysterious circumstances of 16-year-old Lydia Lee's tragic death have her loved ones wondering how, exactly, she spent her free time. This ghostly debut novel calls to mind The Lovely Bones - Marie Claire

If we know this story, we haven't seen it yet in American fiction, not until now... Ng has set two tasks in this novel's doubled heart-to be exciting, and to tell a story bigger than whatever is behind the crime. She does both by turning the nest of familial resentments into at least four smaller, prickly mysteries full of secrets the family members won't share... What emerges is a deep, heartfelt portrait of a family struggling with its place in history, and a young woman hoping to be the fulfillment of that struggle. This is, in the end, a novel about the burden of being the first of your kind-a burden you do not always survive - New York Times Book Review

Excellent...an accomplished debut... heart-wrenching...Ng deftly pulls together the strands of this complex, multigenerational novel. Everything I Never Told You is an engaging work that casts a powerful light on the secrets that have kept an American family together-and that finally end up tearing it apart. - Los Angeles Times

A powerhouse of a debut novel, a literary mystery crafted out of shimmering prose and precise, painful observation about racial barriers, the burden of familial expectations, and the basic human thirst for belonging... Ng's novel grips readers from page one with the hope of unraveling the mystery behind Lydia's death-and boy does it deliver, on every front. - Huffington Post

Cleverly crafted, emotionally perceptive... Ng sensitively dramatizes issues of gender and race that lie at the heart of the story... Ng's themes of assimilation are themselves deftly interlaced into a taut tale of ever deepening and quickening suspense. - O, The Oprah Magazine

[A] moving tale... of daughters for whom cultural disconnect is but the first challenge - Vogue