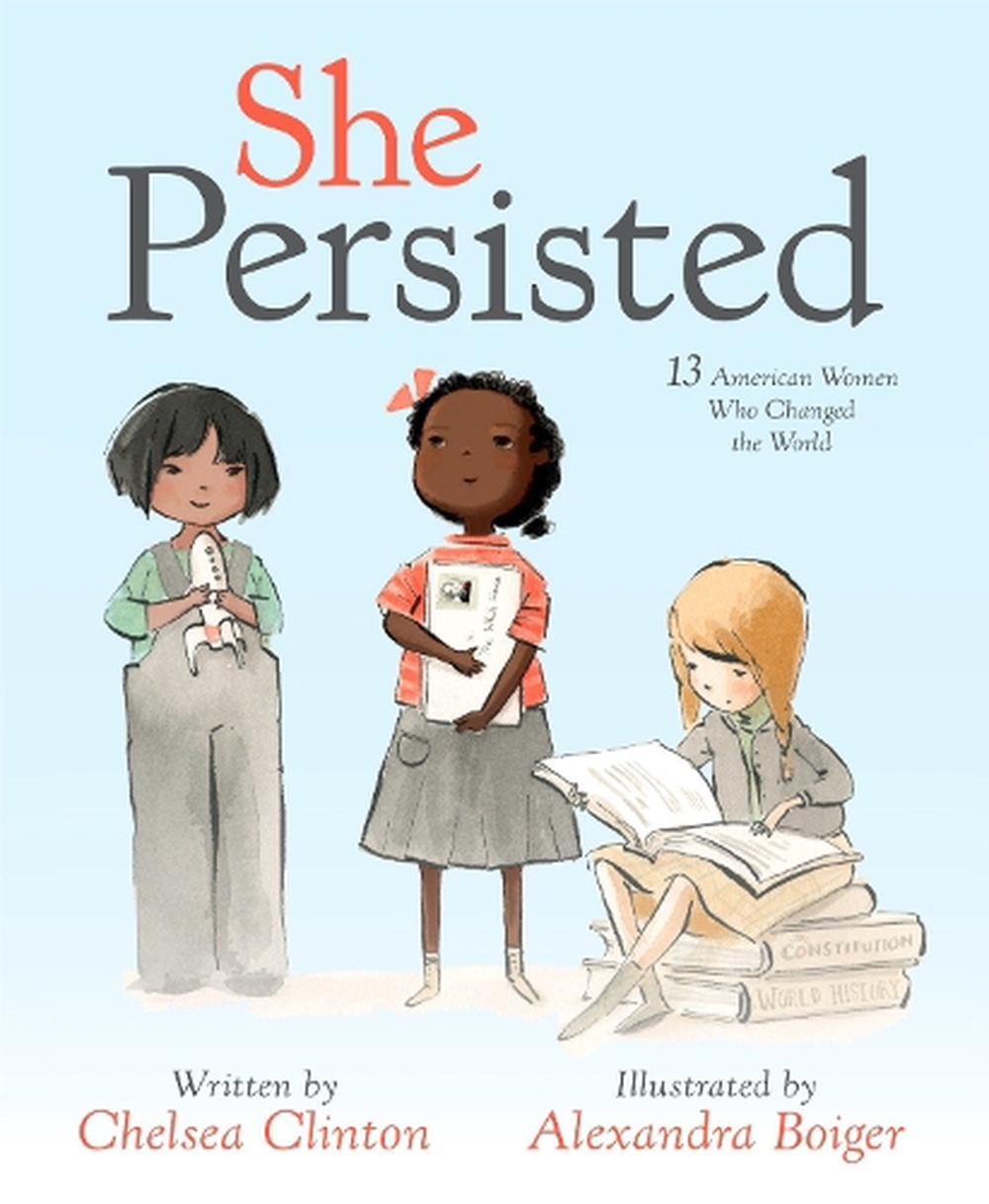 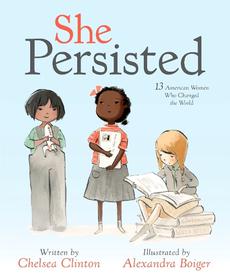 OTHER FORMATS:
PUBLISHED: 30th May 2017
ISBN: 9781524741723
ANNOTATION:
Profiles the lives of thirteen American women who have left their mark on U.S. history, including Harriet Tubman, Helen Keller, Margaret Chase Smith, and Oprah Winfrey.

Profiles the lives of thirteen American women who have left their mark on U.S. history, including Harriet Tubman, Helen Keller, Margaret Chase Smith, and Oprah Winfrey.

Throughout American history, there have always been women who have spoken out for what's right, even when they have to fight to be heard. In early 2017, Senator Elizabeth Warren's refusal to be silenced in the Senate inspired a spontaneous celebration of women who persevered in the face of adversity. In this book, Chelsea Clinton celebrates thirteen American women who helped shape our country through their tenacity, sometimes through speaking out, sometimes by staying seated, sometimes by captivating an audience. They all certainly persisted.

With vivid, compelling art by Alexandra Boiger, this book shows readers that no matter what obstacles may be in their paths, they shouldn't give up on their dreams. Persistence is power.

Chelsea Clinton is the author of the #1 New York Times bestseller She Persisted- 13 American Women Who Changed the World; She Persisted Around the World- 13 Women Who Changed History; It's Your World- Get Informed, Get Inspired & Get Going!; Start Now!- You Can Make a Difference and, with Devi Sridhar, Governing Global Health- Who Runs the World and Why? She is also the Vice Chair of the Clinton Foundation, where she works on many initiatives, including those that help empower the next generation of leaders. She lives in New York City with her husband, Marc, their daughter, Charlotte, their son, Aidan, and their dog, Soren. You can follow Chelsea Clinton on Twitter @ChelseaClinton or on Facebook at

Praise for She Persisted a "[A] lovely, moving work of children's literature [and a] polished introduction to a diverse and accomplished group of women." --Publishers Weekly, starred review