World of Warcraft: The Official Cookbook 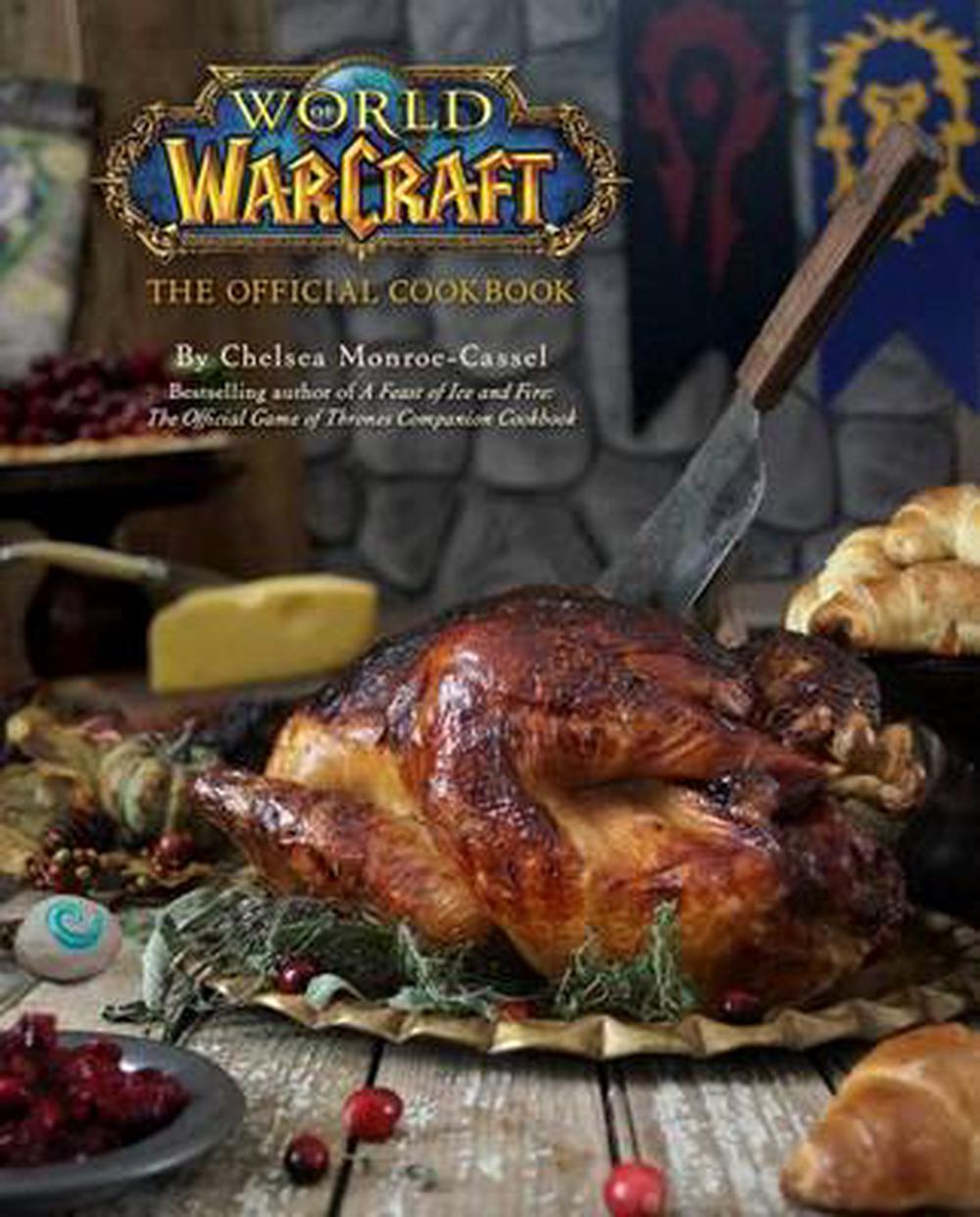 Prepare a feast fit for a warchief with World of Warcraft: The Official Cookbook, a delicious compendium of recipes inspired by the hit online game from Blizzard Entertainment.

Prepare a feast fit for a warchief with World of Warcraft: The Official Cookbook, a compendium of sweet and savory recipes inspired by the hit game from Blizzard Entertainment. Presenting delicacies favored by the Horde and the Alliance alike, this authorized cookbook teaches apprentice chefs how to conjure up a menu of food and drink from across the realm of Azeroth.

Featuring food pairings for each dish, ideas for creating your own Azerothian feasts, and tips on adapting meals to specific diets, this otherworldly culinary guide offers something for everyone. The aromatic Spiced Blossom Soup is perfect for plant-loving druids, and orcs will go berserk for the fall-off-the-bone Beer-Basted Boar Ribs. With alternatives to the more obscure ingredients-just in case you don't have Chimaerok Chops lying around-this comprehensive cookbook will ensure that you have no trouble staying Well Fed.

Each chapter features dishes at a variety of skill levels for a total of more than one hundred easy-to-follow recipes for food and brews, including:

Whether you're cooking for two or revitalizing your raid group for a late-night dungeon run, World of Warcraft: The Official Cookbook brings the flavors of Azeroth to life like never before.

CHELSEA MONROE-CASSEL is the co-author of the New York Times bestseller A Feast of Ice and Fire: The Official Game of Thrones Companion Cookbook. A lifelong artist and fan of fantasy, Chelsea discovered her love of interesting food during a year living abroad in Turkey. Like the literature and fictional settings she loves, Chelsea's work is a synthesis of imagination and historical research. Applying her multifaceted creativity to that passion has led her to a career of transforming imaginary foods into reality. She greatly enjoys foreign languages, treasure hunting, history, and all things related to honey. She and her husband currently live in an old Vermont house with a retired hound and a sturdy Manx cat.

Prepare a feast fit for a war chief with "World of Warcraft: The Official Cookbook," a delicious compendium of recipes inspired by Blizzard Entertainment shit online game. Revitalize your raid group with Azeroth's most scrumptious treats.Featuring recipes for Horde and Alliance favorites such as Dirge's Kickin' Chimaerok Chops and fresh loaves of Mulgore Spice Bread, "World of Warcraft: The Official Cookbook"teaches you how to conjure up a fantastical menu of foods inspired by Blizzard Entertainment's beloved massively multiplayer online role-playing game.The book s vast and varied selection of colorful recipes offers something for everyone, whether you're an apprentice cook or a master chef, a plant-loving druid or an orc hankering after Beer Basted Boar Ribs. This tome of exquisite delicacies also includes a few tasty recipes for brew, including Grea tfather's Winter Ale, Junglevine Wine, and Winter Veil Egg Nog."

Awesome and easy to understand cooking guide!
By Maria