PUBLISHED: 1st May 2008
ISBN: 9780099499367
ANNOTATION:
Rant is the oral history of one Buster 'Rant' Casey, in which an assortment of friends, enemies, detractors, lovers and relations have their say on the man who may or may not be the most efficient serial killer of our time. 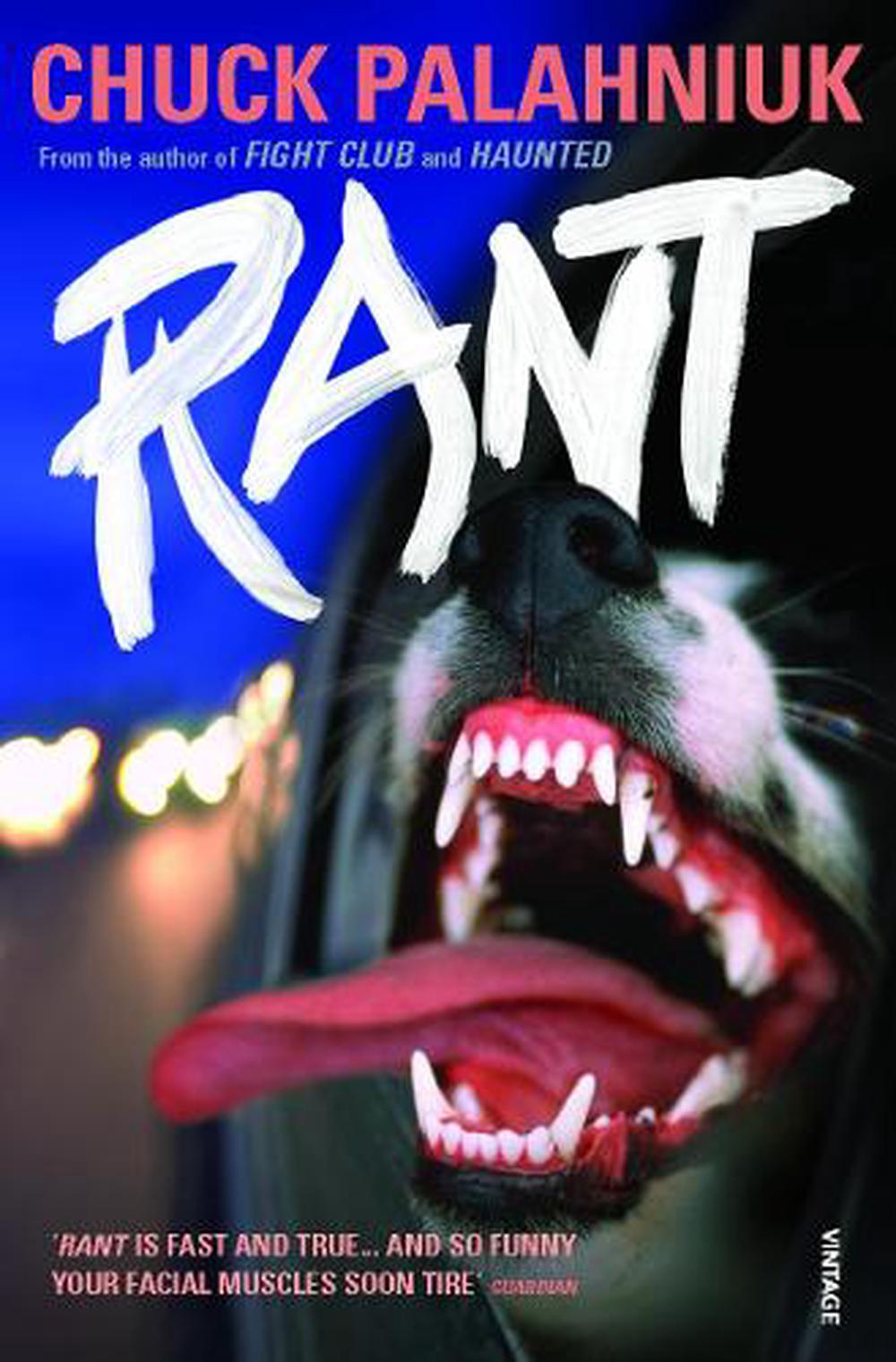 Rant is the oral history of one Buster 'Rant' Casey, in which an assortment of friends, enemies, detractors, lovers and relations have their say on the man who may or may not be the most efficient serial killer of our time.

Rant takes the form of an oral history of one Buster 'Rant' Casey, in which an assortment of friends, enemies, admirers, detractors and relations have their say on this (in Chuck Palahniuk's words) 'evil, gender-conflicted Forrest Gump character'.Buster Casey was every small kid born into a small town, searching for real thrills in a world of video games and action/adventure movies. Anyone who's ever kissed him would do well to seek treatment, for his recreational drug of choice is rabies and he gets bitten by black widow spiders for the priapic effect of their venom. The high school rebel who wins, Rant Casey escapes from his hometown of Middleton for the big city, where he becomes a leader of an urban demolition derby called Party Crashing where, on designated nights, the participants recognise each other by dressing their cars with tin-can tails and 'Just Married' toothpaste graffiti. (Or with 'forgotten' coffee mugs bolted to their car roofs or Christmas trees tied from bumper to bumper.) During specific windows of time, in limited areas of the city, Party Crashers look for the designated markings in order to stalk and crash into each other. It's in this violent, late-night hunting game that Casey meets three friends. And after his spectacular death, these friends gather the testimony needed to build an oral history of his short life. Their collected anecdotes explore the charges that his saliva infected hundreds and caused a silent, urban plague of rabies. But it's a plague that liberates his peers from being stuck in only one boring track through history...Expect hilarity, horror and blazing insight into the desperate and surreal contemporary human condition as only Chuck Palahniuk can deliver it. He's the post-millennial Jonathan Swift, the man to watch to learn what's - uh-oh - coming next.

Chuck Palahniuk is the author of fifteen best-selling novels - Make Something Up, Beautiful You, Doomed, Damned, Tell-All, Pygmy, Snuff, Rant, Haunted, Diary, Lullaby, Choke, Invisible Monsters, Survivor, and Fight Club. He is also the author of Fugitives and Refugees and the non-fiction collection Stranger Than Fiction. He lives in the Pacific Northwest. Visit him on the web at chuckpalahniuk.net.

It's a sort of Fight Club on wheels... When Palahniuk puts his foot on the throttle and pulls all the various voices towards a spectacular conclusion, in every sense, Rant quickly becomes a definite scream Daily Mirror The twisted genius behind Fight Club delivers another literary gem... It's a deranged, hiliarious and unique novel Maxim Palahniuk's fiction shows a rare bravery and occasionally hits true brilliance. Rant may not only be his best book yet, but the best by any novelist in some time Sunday Herald This is a wonderful book and the author is never short of wonderful ideas - they fizz from every page. Palahniuk's world might be a freak-show, but it's one that makes a disturbing amount of sense Daily Telegraph Rant is fast and true...and so funny that your facial muscles soon tire Guardian

The provocative and mind-bending new novel from the bestselling author of Fight Club and Haunted.