ISBN: 9780141197388
ANNOTATION:
Features stories ranging from teenagers coming into awareness of their sexual and artistic powers to humdrum housewives whose lives are shattered by unexpected epiphanies to old people who don't know what to do with themselves. 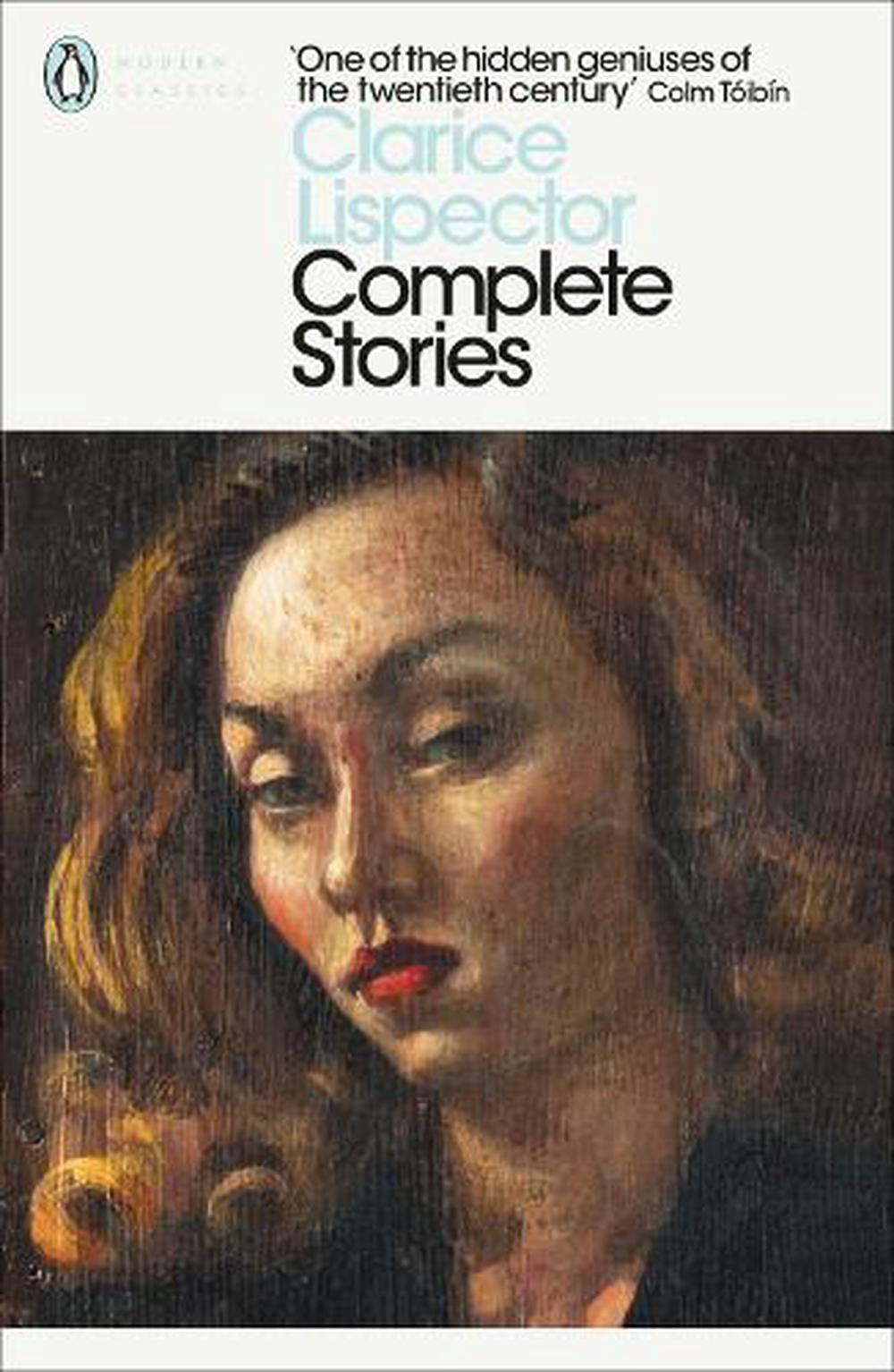 OTHER FORMATS:
ISBN: 9780141197388
ANNOTATION:
Features stories ranging from teenagers coming into awareness of their sexual and artistic powers to humdrum housewives whose lives are shattered by unexpected epiphanies to old people who don't know what to do with themselves.

Features stories ranging from teenagers coming into awareness of their sexual and artistic powers to humdrum housewives whose lives are shattered by unexpected epiphanies to old people who don't know what to do with themselves.

The publication of Clarice Lispector's Collected Stories, eighty-five in all, is a major literary event. Now, for the first time in English, are all the stories that made her a Brazilian legend- from teenagers coming into awareness of their sexual and artistic powers to humdrum housewives whose lives are shattered by unexpected epiphanies to old people who don't know what to do with themselves. Lispector's stories take us through their lives - and ours. From one of the greatest modern writers, these 85 stories, gathered from the nine collections published during her lifetime, follow Clarice Lispector throughout her life.

Clarice Lispector was a Brazilian novelist and short story writer. Her innovation in fiction brought her international renown. She was born in the Ukraine in 1920, but in the aftermath of World War I and the Russian Civil War, the family fled to Romania and eventually Brazil. She published her first novel, Near to the Wildheart in 1943 when she was just twenty-three, and the next year was awarded the Gra a Aranha Prize for the best first novel. She died in 1977, shortly after the publication of her final novel, The Hour of the Star.

Translated beautifully and with a vigorous pulse by Katrina Dodson, The Complete Stories is bound to become a kind of bedside Bible or I Ching for readers of Lispector, both old and new. Wherever one opens the book, there is a slice of life to confront. In one of her later stories Lispector recalls the writer Sergio Porto, her friend, who was once asked by a stewardess on a plane if he wanted coffee. To which he replied: "I'll take everything I have a right to." We can approach this volume in a similar spirit: take everything Publishers Weekly Plenty of writers inspire fierce devotion in their readers... but no one converts the uninitiated into devout believers as suddenly and as vertiginously as Clarice Lispector, the Latin American visionary, Ukrainian-Jewish mystic, and middle-class housewife and mother so revered by her Brazilian fans that she's known by a single name: "Clarice"... You will not be disappointed if you read The Complete Stories. It might even become your bible New Republic Lispector's Complete Stories is a remarkable book, proof that she was - in the company of Jorge Luis Borges, Juan Rulfo and her 19th-century countryman Machado de Assis - one of the true originals of Latin American literature New York Times An emblematic twentieth-century artist who belongs in the same pantheon as Kafka and Joyce -- Edmund White Lispector reads with lively intelligence and is terrifically funny. Language, for her, was the self's light -- Lorrie Moore One of the hidden geniuses of the twentieth century -- Colm Tobin