At Your Own Risk

PUBLISHED: 21st January 1993
ISBN: 9780099222910
ANNOTATION:
Impassioned, witty and polemical, At Your Own Risk is Derek Jarman's defiant celebration of gay sexuality. In At Your Own Risk, Derek Jarman weaves poetry, prose, photographs and newspaper extracts into a rich tapestry of gay experience in the UK. 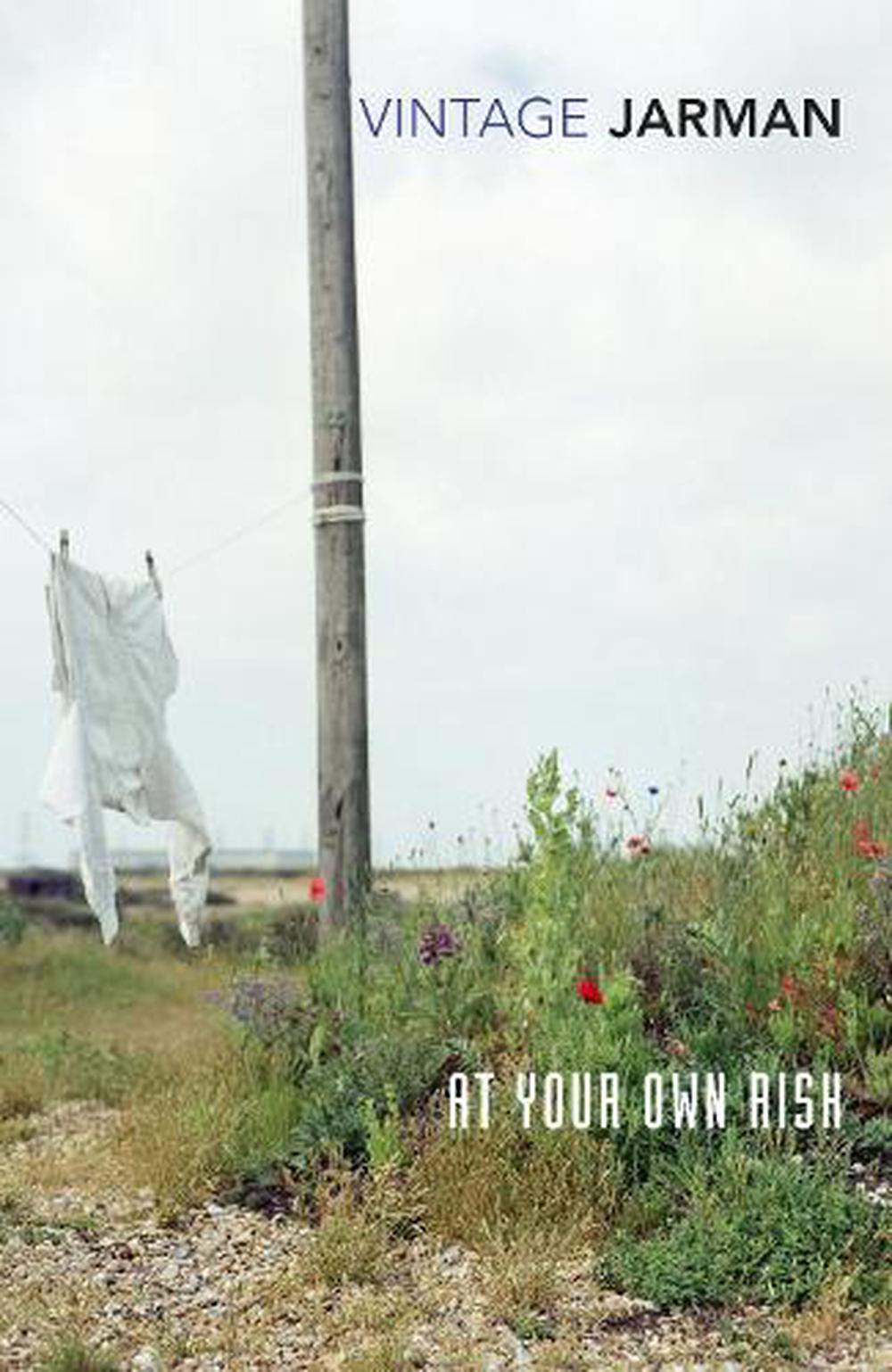 OTHER FORMATS:
PUBLISHED: 21st January 1993
ISBN: 9780099222910
ANNOTATION:
Impassioned, witty and polemical, At Your Own Risk is Derek Jarman's defiant celebration of gay sexuality. In At Your Own Risk, Derek Jarman weaves poetry, prose, photographs and newspaper extracts into a rich tapestry of gay experience in the UK.

Impassioned, witty and polemical, At Your Own Risk is Derek Jarman's defiant celebration of gay sexuality.

In At Your Own Risk, Derek Jarman weaves poetry, prose, photographs and newspaper extracts into a rich tapestry of gay experience in the UK.

Derek Jarman is known as a painter, theatre designer and maker of films such as "Jubilee", "Caravaggio", "The Garden" and "Edward II". This book consists of a series of autobiographical fragments, interviews and newspapers extracts in which he celebrates homosexuality, articulating the pain, anxiety and rage which many homosexuals have felt under the physical, legal and cultural attacks of recent years. Jarman also wrote "Modern Nature".

Derek Jarman's creativity spanned decades and genres - painter, theatre designer, director, film maker, writer and gardener. From his first one-man show at the Lisson Gallery in 1969; set designs and costumes for the theatre and ballet (Jazz Calendar with Frederick Ashton at Covent Garden, Don Giovanni with John Gielgud at the London Coliseum, The Rake's Progress with Ken Russell at Teatro Communale, Florence); production design for Ken Russell's films The Devils and Savage Messiah; through his own films in super-8 before working on features: Sebastine (1976), Jubilee (1978), The Tempest (1979), The Angelic Conversation (1985), Caravaggio (1986), The Last of England (1987), War Requiem (1989), The Garden (1990), Edward II (1991), Wittgenstein (1993), and Blue (1993); to directing pop-videos and live performances for Pet Shop Boys and Suede. His paintings - for which he was a Turner Prize nominee in 1986 - have been exhibited world-wide. His publications include: Dancing Ledge (1984), Kicking the Pricks (1987), Modern Nature (1991), At Your Own Risk (1992), Chroma (1994), Derek Jarman's Garden (1995). Jarman died in 1994 of an AIDS-related illness, aged 52. His garden surrounding the fisherman's cottage in Dungeness where he spent the last years of his life remains a site of awe and pilgrimage for fans and newcomers to Jarman's singular vision.

For all his anger, Jarman never seems brutalised. He retains his humanity and good humour. His is a wonderfully garrulous, mercurial, polymathic daemon Literary Review At Your Own Risk gives the reader access to something that is hard to articulate, the near asphyxiating pain, anxiety and rage which many gay people have felt living under the physical, legal and cultural attacks of the last few years Observer If there is any such thing as the literary equivalent of an incendiary bomb, then this is it... His semtex-packed sentences are welcome thunderflashes of dissent in the grey drizzle of a dispirited political climate New Statesman

Patchy memoir by gay British filmmaker Jarman, who tested HIV-positive five years ago, has survived a handful of illnesses, and is still going strong. Jarman covers five decades here, at times attuning his voice to each period. The story, what there is, often melts down into gay commentary, and we never get a satisfying history of the author's films (Sebastian, Caravaggio, Edward II, etc.), his filmmaking, or incidents tied to filmmaking - although a few reviews are reprinted and answered, along with gay manifestos, some by Jarman. This is as much a cannon blast as a memoir, and some bitterly juicy quotes can be lifted from the text ("Understand that if you or I decide to have sex, whether safe, safer, or unsafe, it is our decision and other people have no rights in our lovemaking"), with Jarman wanting to forget his illness and make love blithely with seemingly whomever is pleased to have him. One idea often repeated is that all men are homosexual and that heterosexuality is the deviant form of sex. As Jarman puts it: "It eventually dawned on me that heterosexuality is an abnormal psychopathic state composed of unhappy men and women whose arrested emotions, finding no natural outlet, condemned them to each other and lives lacking warmth and human compassion." He describes rigid British laws anent homosexuality and states his belief that there should be no age of consent, that homosexuality begins when it begins and should not be locked up in legalities. Jarman laments dead friends carried off by AIDS, defends his movies, and gives the fist to moral censure. Past fear, he fights on. For readers fresh to the fray, the title tells all. (Kirkus Reviews)