by Dmitry Jemerov and Svetlana Isakova 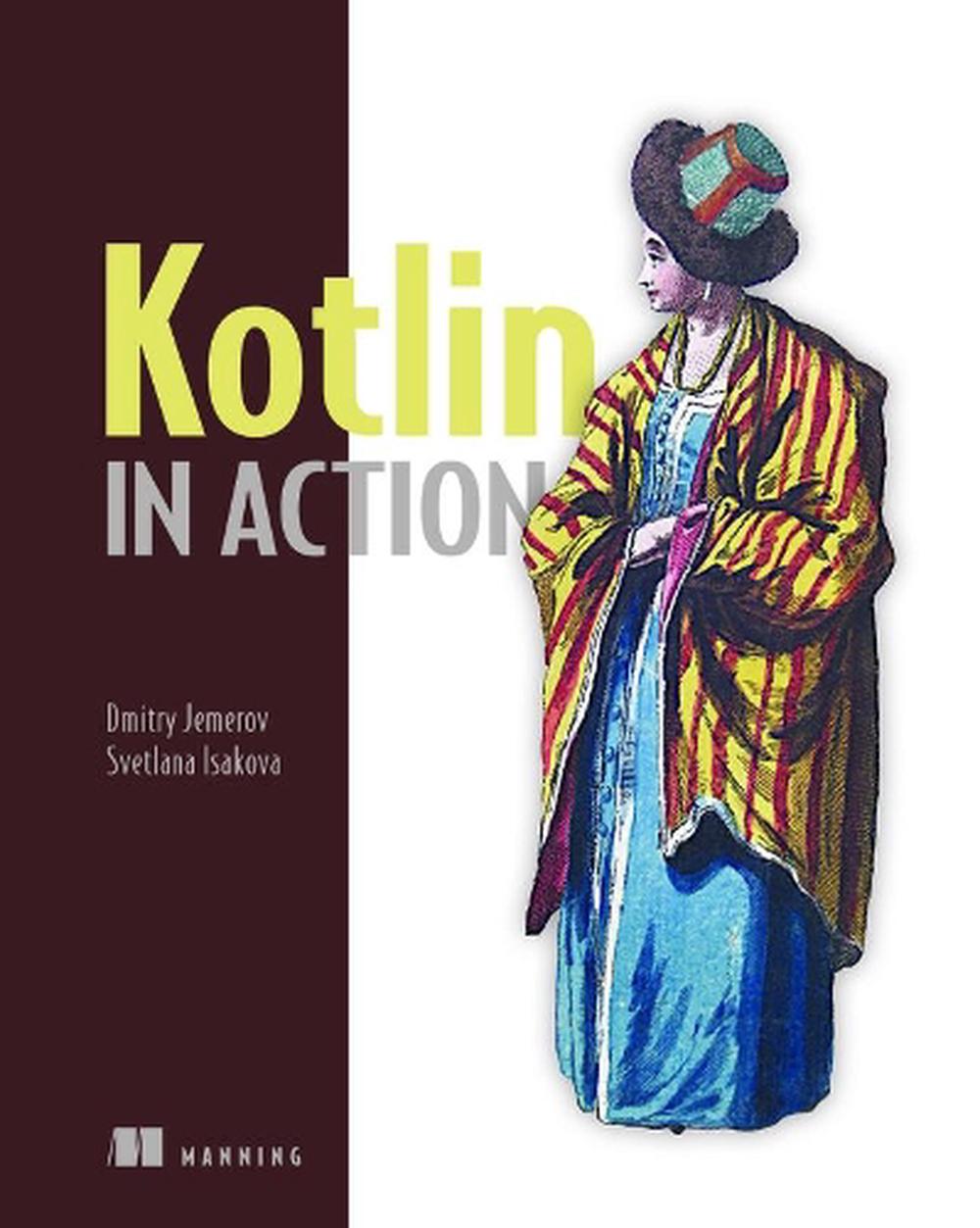 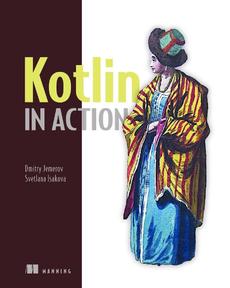 ISBN: 9781617293290
ANNOTATION:
KEY FEATURES Hands on examples Tutorial for a new programming language Teaches how to build Android applications Written by core developers of Kotlin AUDIENCE This book is for experienced Java developers.
$60.51
Or pay later with

OTHER FORMATS:
ISBN: 9781617293290
ANNOTATION:
KEY FEATURES Hands on examples Tutorial for a new programming language Teaches how to build Android applications Written by core developers of Kotlin AUDIENCE This book is for experienced Java developers.

KEY FEATURES Hands on examples Tutorial for a new programming language Teaches how to build Android applications Written by core developers of Kotlin AUDIENCE This book is for experienced Java developers.

Summary Kotlin in Action guides experienced Java developers from the language basics of Kotlin all the way through building applications to run on the JVM and Android devices. Foreword by Andrey Breslav, Lead Designer of Kotlin. Purchase of the print book includes a free eBook in PDF, Kindle, and ePub formats from Manning Publications. About the Technology Developers want to get work done - and the less hassle, the better. Coding with Kotlin means less hassle. The Kotlin programming language offers an expressive syntax, a strong intuitive type system, and great tooling support along with seamless interoperability with existing Java code, libraries, and frameworks. Kotlin can be compiled to Java bytecode, so you can use it everywhere Java is used, including Android. And with an effi cient compiler and a small standard library, Kotlin imposes virtually no runtime overhead. About the Book Kotlin in Action teaches you to use the Kotlin language for production-quality applications. Written for experienced Java developers, this example-rich book goes further than most language books, covering interesting topics like building DSLs with natural language syntax. The authors are core Kotlin developers, so you can trust that even the gnarly details are dead accurate. What's Inside Functional programming on the JVM Writing clean and idiomatic code Combining Kotlin and Java Domain-specific languages About the Reader This book is for experienced Java developers. About the Author Dmitry Jemerov and Svetlana Isakova are core Kotlin developers at JetBrains. Table of Contents PART 1 - INTRODUCING KOTLIN Kotlin: what and why Kotlin basics Defining and calling functions Classes, objects, and interfaces Programming with lambdas The Kotlin type system PART 2 - EMBRACING KOTLIN Operator overloading and other conventions Higher-order functions: lambdas as parameters and return values Generics Annotations and reflection DSL construction

Dmitry Jemerov has been working with JetBrains since 2003 and was one of the initial developers working on Kotlin. Svetlana Isakova is a Kotlin developer and a conference speaker.

Kotlin is a new programming language targeting the Java platform. Itoffers on expressiveness and safety without compromising simplicity,seamless interoperability with existing Java code, and great toolingsupport. Because Kotlin generates regular Java bytecode and workstogether with existing Java libraries and frameworks, it can be usedalmost everywhere where Java is used today - for server-sidedevelopment, Android apps, and much more. Kotlin in Action takes experienced Java developers from the languagebasics all the way through building applications to run on the JVM andAndroid devices. Written by core developers of Kotlin, this examplerichbook begins by teaching the basic syntax of the Kotlin language.Then readers learn how to use features that let them build reusableabstractions, higher-level functions, libraries, and even entire domainspecific languages. Finally, the book focuses on details of applyingKotlin in real-world projects, such as build system integration, Androidsupport and concurrent programming. KEY FEATURES Hands on examples Tutorial for a new programming language Teaches how to build Android applications Written by core developers of Kotlin AUDIENCEThis book is for experienced Java developers. ABOUT THE TECHNOLOGYKotlin is a new programming language targeting the Java platform. It offersexpressiveness and safety without compromising simplicity, seamlessinteroperability with existing Java code, and great tooling support.