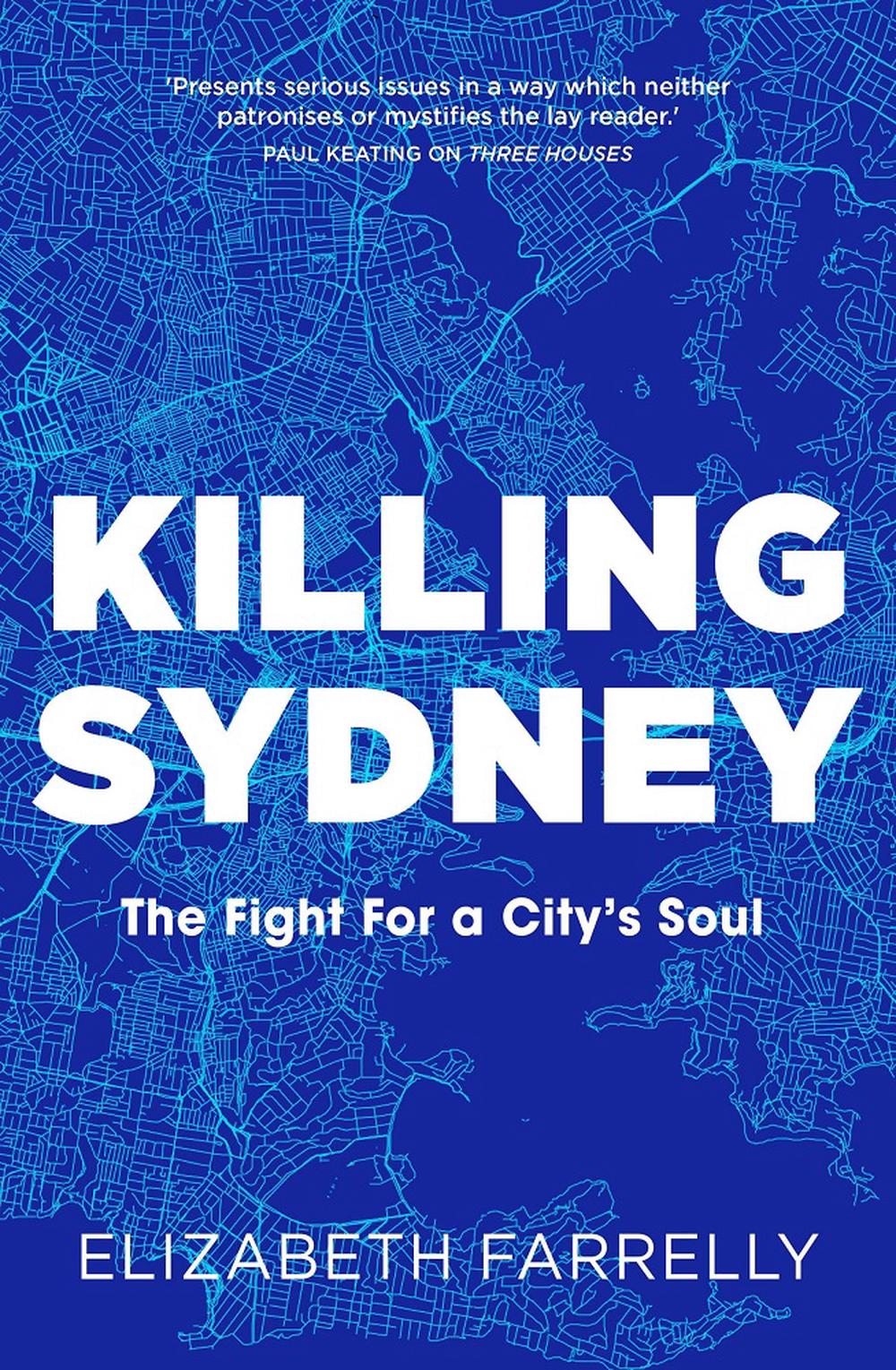 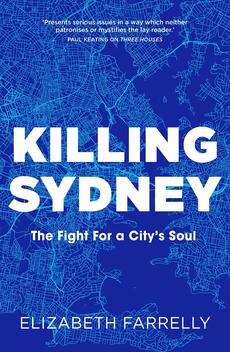 PUBLISHED: 31st December 2021 NEW RELEASE
ISBN: 9781760552589
ANNOTATION:
Fairfax columnist, architect and former city councillor Elizabeth Farrelly presents a love song to the city of Sydney and an empassioned plea for its protection.
SAVE
26%
RRP $34.99
$25.90
Or pay later with

Fairfax columnist, architect and former city councillor Elizabeth Farrelly presents a love song to the city of Sydney and an empassioned plea for its protection.

'Presents serious issues in a way which neither patronises or mystifies the lay reader.' Paul Keating on Three Houses

For Elizabeth Farrelly, Sydney was love at first sight.

But in 2012, looking on aghast at the scale of the development firestorm poised above the city, she made a silent vow: I will do what I can to protect you. In this book, she calls on us to wake up and do the same.

As an architectural graduate, academic, city councillor and writer, Farrelly has considered what makes cities tick for more than thirty years. Now she believes her home faces destruction. Relentless motorway construction, tree-lopping, park-shaving, heritage demolition, the Powerhouse relocation, the mistreatment of public lands at Barangaroo and Darling Harbour and of public assets everywhere. Epidemic resi-towers in every pocket of the metropolis ... the list of ill-considered development feels endless.

Killing Sydney is part-lovesong, part-warning; a parable for all our cities and how we shape them for the future. It lays down a gauntlet for the enrichment and protectino of a green, beautiful, affordable, sustainable, heritage-grounded and accessible city.

Little by little, our politics are being debased and our environment degraded. The tipping point is close. Can the cities we love survive?

'If you believe that Elizabeth Farrelly is expressing your long held concerns about the state of our governmens, our cities and our environment in her Sydney Morning Herald Saturday articles, then I encourage you to get Killing Sydney and have a month of Saturdays in the one book. That's what I'll do because I most often strongly agree!' Councillor Clover Moore, Lord Mayor of Sydney

'This is an important book for all Aussies! Written with passion, beautiful prose, and insighful knowledge. Read and weep. More than ever we need to push pause on development and so called "progress". Go Elizabeth!' Di Morrissey AM

Dr Elizabeth Farrelly trained in architecture and philosophy, practiced in Auckland, London and Bristol, holds a PhD in urbanism from the University of Sydney, and is an Associate Professor (Practice) at the University of NSW Graduate School of Urbanism. She was born in Dunedin, New Zealand but has made Sydney her home since the late 1980s. She is the author of several books, including Three Houses - a monograph on renowned architect Glenn Murcutt - is a Walkley-shortlisted journalist, critic and essayist, served as a Councillor for the City of Sydney from 1991 to 1995, and her portrait by Mirra Whale was a finalist in the 2015 Archibald Prize at the Art Gallery of New South Wales.