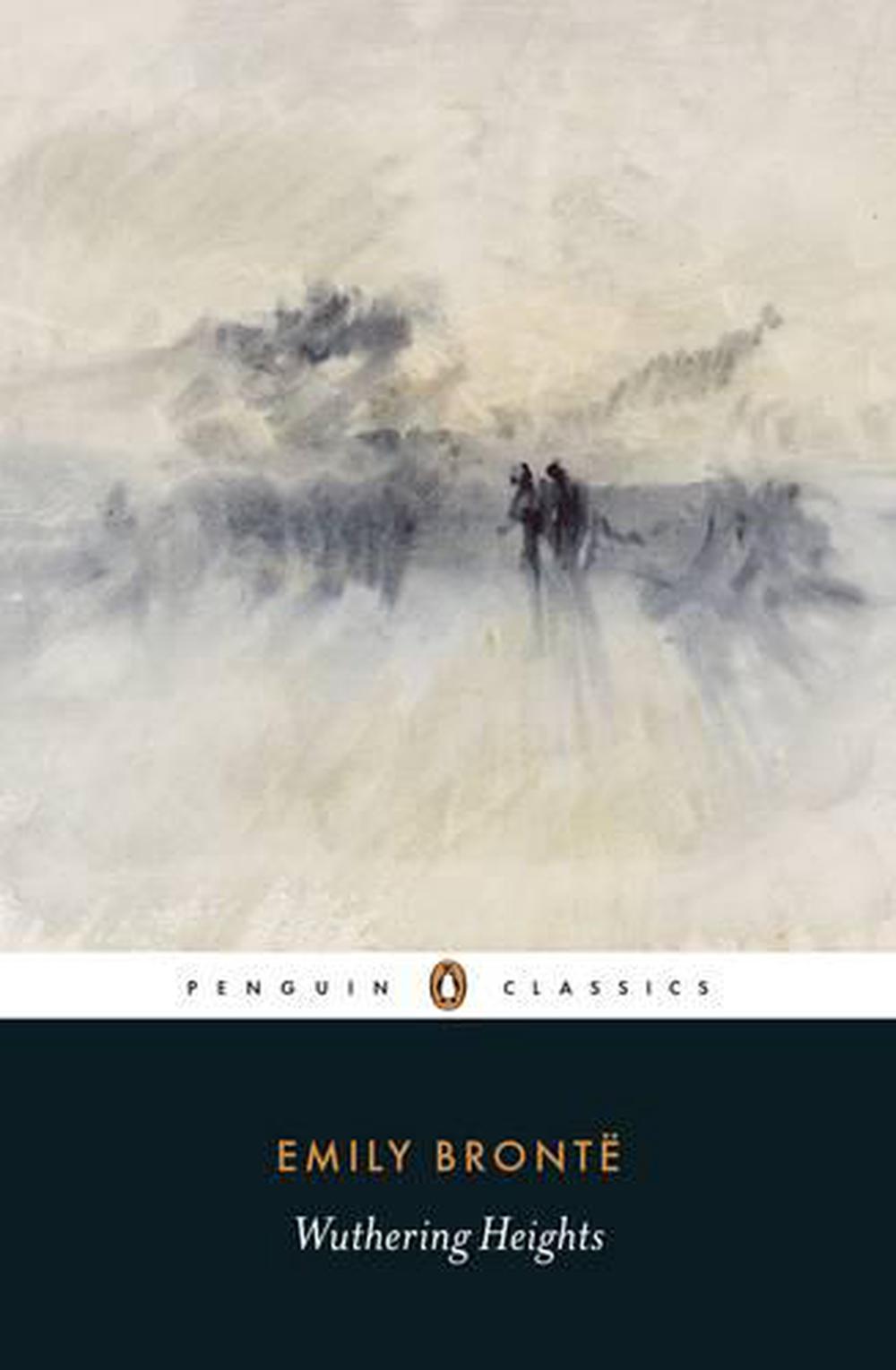 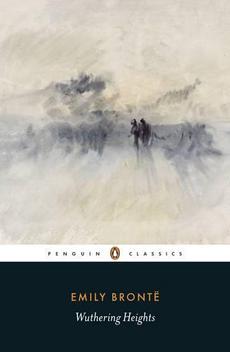 OTHER FORMATS:
PUBLISHED: 31st December 2002
ISBN: 9780141439556
ANNOTATION:
The passionate love story of stubborn Cathy and wild-as-the-wind Heathcliff has been a favorite since its original publication in 1848.

The passionate love story of stubborn Cathy and wild-as-the-wind Heathcliff has been a favorite since its original publication in 1848.

Published a year before her death at the age of thirty, Emily Bronte's only novel is set in the wild, bleak Yorkshire Moors. Depicting the relationship of Cathy and Heathcliff, Wuthering Heights creates a world of its own, conceived with an instinct for poetry and for the dark depths of human psychology.

@HeathBar The house is now mine. Since the neighbor has Catherine, I'll seduce his sister. We'll see how brave he is when she's got Heathcock in her. Girl is preggers. Catherine is dead. My world is over. I've become an evil, evil man. Naming my son Heathcliff Jr. From "Twitterature: The World's Greatest Books in Twenty Tweets or Less"

'May you not rest, as long as I am living. You said I killed you - haunt me, then' Caught in a snowstorm, Lockwood, the new tenant of Thrushcross Grange on the bleak Yorkshire moors, is forced to seek shelter at Wuthering Heights. There he discovers the history of the tempestuous events that took place years before: the intense passion between the foundling Heathcliff and Catherine Earnshaw, her betrayal of him and the bitter vengeance he now wreaks on the innocent heirs of the past. Emily Bront's novel of impossible desires, violence and transgression is a masterpiece of intense, unsettling power. Edited with an introduction and notes by Pauline Nestor Preface by Lucasta Miller

Emily Bronte (1818-48) along with her sisters, Charlotte and Anne, is one of the most significant literary figures of the 19th century. She wrote just one strikingly innovative novel but was also a gifted and intense poet. Pauline Nestor teaches English at Monash University, Australia. Lucasta Miller was educated at Lady Margaret Hall, Oxford.

Chapter 1 1801.''I have just returned from a visit to my landlord''the solitary neighbour that I shall be troubled with. This is certainly a beautiful country! In all England, I do not believe that I could have fixed on a situation so completely removed from the stir of society. A perfect misanthropist''s Heaven: and Mr. Heathcliff and I are such a suitable pair to divide the desolation between us. A capital fellow! He little imagined how my heart warmed towards him when I beheld his black eyes withdraw so suspiciously under their brows, as I rode up, and when his fingers sheltered themselves, with a jealous resolution, still further in his waistcoat, as I announced my name. ''Mr. Heathcliff?'' I said. A nod was the answer. ''Mr. Lockwood your new tenant, sir. I do myself the honour of calling as soon as possible after my arrival, to express the hope that I have not inconvenienced you by my perseverance in soliciting the occupation of Thrushcross Grange: I heard yesterday you had had some thoughts'''' ''Thrushcross Grange is my own, sir,'' he interrupted, wincing. ''I should not allow any one to inconvenience me, if I could hinder it''walk in!'' The ''walk in'' was uttered with closed teeth, and expressed the sentiment, ''Go to the Deuce'': even the gate over which he leant manifested no sympathizing movement to the words; and I think that circumstance determined me to accept the invitation: I felt interested in a man who seemed more exaggeratedly reserved than myself.When he saw my horse''s breast fairly pushing the barrier, he did pull out his hand to unchain it, and then sullenly preceded me up the causeway, calling, as we entered the court,''''Joseph, take Mr. Lockwood''s horse; and bring up some wine.'' ''Here we have the whole establishment of domestics, I suppose,'' was the reflection, suggested by this compound order. ''No wonder the grass grows up between the flags, and cattle are the only hedge cutters.'' Joseph was an elderly, nay, an old man: very old, perhaps, though hale and sinewy. ''The Lord help us!'' he soliloquised in an undertone of peevish displeasure, while relieving me of my horse: looking, meantime, in my face so sourly that I charitably conjectured he must have need of divine aid to digest his dinner, and his pious ejaculation had no reference to my unexpected advent. Wuthering Heights is the name of Mr. Heathcliff''s dwelling. ''Wuthering'' being a significant provincial adjective, descriptive of the atmospheric tumult to which its station is exposed in stormy weather. Pure, bracing ventilation they must have up there at all times, indeed: one may guess the power of the north wind blowing over the edge, by the excessive slant of a few stunted firs at the end of the house; and by a range of gaunt thorns all stretching their limbs one way, as if craving alms of the sun. Happily, the architect had foresight to build it strong: the narrow windows are deeply set in the wall, and the corners defended with large jutting stones. Before passing the threshold, I paused to admire a quantity of grotesque carving lavished over the front, and especially about the principal door; above which, among a wilderness of crumbling griffins and shameless little boys, I detected the date ''1500,'' and the name ''Hareton Earnshaw.'' I would have made a few comments, and requested a short history of the place from the surly owner; but his attitude at the door appeared to demand my speedy entrance, or complete departure, and I had no desire to aggravate his impatience previous to inspecting the penetralium. One step brought us into the family sitting-room, without any introductory lobby or passage: they call it here ''the house'' preeminently. It includes kitchen and parlour, generally; but I believe at Wuthering Heights the kitchen is forced to retreat altogether into another quarter: at least I distinguished a chatter of tongues, and a clatter of culinary utensils, deep within; and I observed no signs of roasting, boiling, or baking, about the huge fireplace; nor any glitter of copper saucepans and tin cullenders on the walls. One end, indeed, reflected splendidly both light and heat from ranks of immense pewter dishes, interspersed with silver jugs and tankards, towering row after row, on a vast oak dresser, to the very roof. The latter had never been underdrawn: its entire anatomy lay bare to an inquiring eye, except where a frame of wood laden with oatcakes and clusters of legs of beef, mutton, and ham, concealed it. Above the chimney were sundry villainous old guns, and a couple of horse-pistols: and, by way of ornament, three gaudily painted canisters disposed along its ledge. The floor was of smooth, white stone; the chairs, high-backed, primitive structures, painted green: one or two heavy black ones lurking in the shade. In an arch under the dresser, reposed a huge, liver-coloured bitch pointer, surrounded by a swarm of squealing puppies; and other dogs haunted other recesses. The apartment and furniture would have been nothing extraordinary as belonging to a homely, northern farmer, with a stubborn countenance, and stalwart limbs set out to advantage in knee-breeches and gaiters. Such an individual seated in his armchair, his mug of ale frothing on the round table before him, is to be seen in any circuit of five or six miles among these hills, if you go at the right time after dinner. But Mr. Heathcliff forms a singular contrast to his abode and style of living. He is a dark-skinned gypsy in aspect, in dress and manners a gentleman: that is, as much a gentleman as many a country squire: rather slovenly, perhaps, yet not looking amiss with his negligence, because he has an erect and handsome figure; and rather morose.