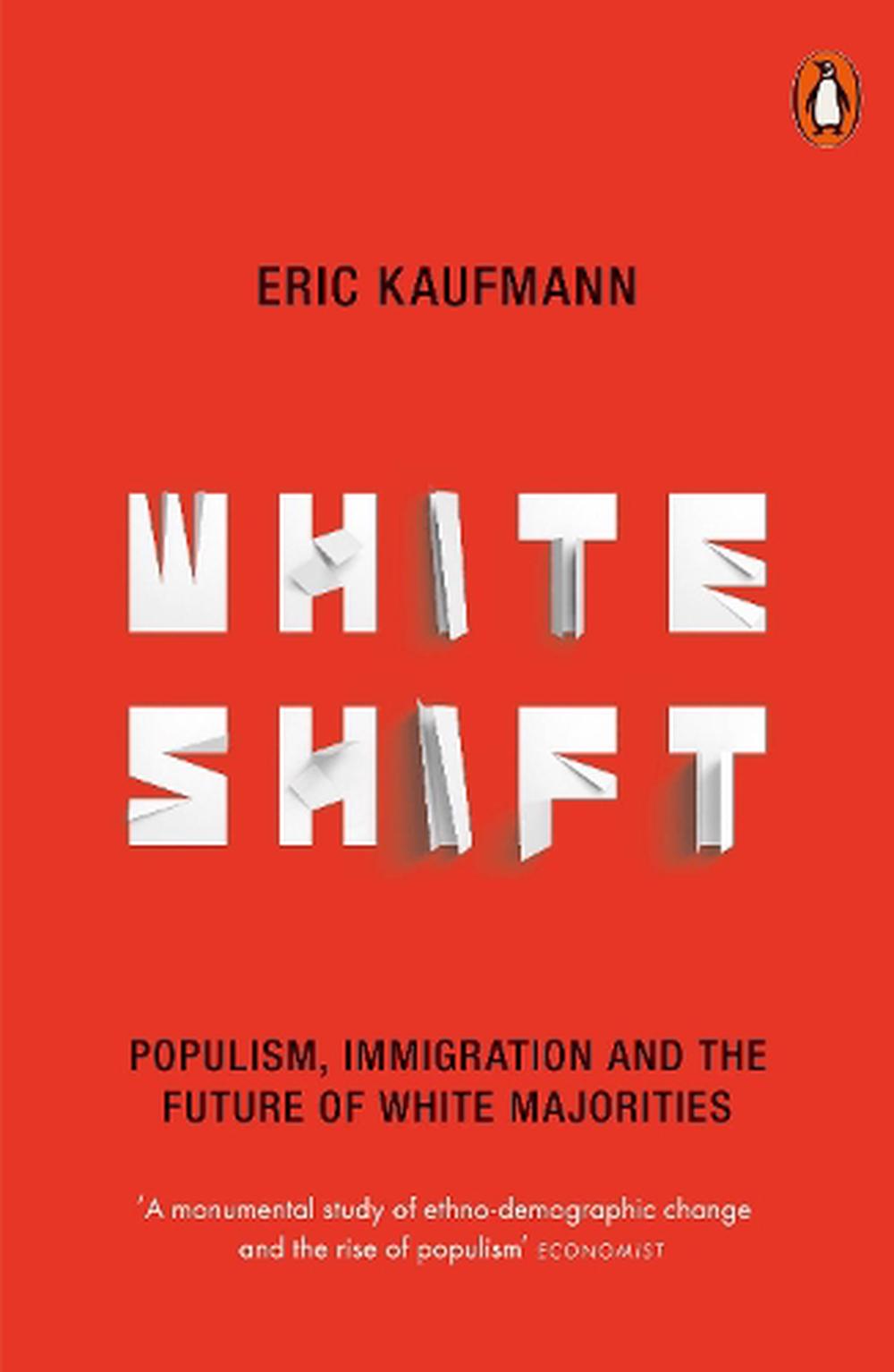 This is the century of whiteshift. As Western societies are becoming increasingly mixed-race, demographic change is transforming politics. Over half of American babies are non-white, and by the end of the century, minorities and those of mixed race are projected to form the majority in the UK and other countries. The early stages of this transformation have led to a populist disruption, tearing a path through the usual politics of left and right. One of the most crucial challenges of our time is to enable conservatives as well as cosmopolitans to view whiteshift as a positive development.

In this groundbreaking book, political scientist Eric Kaufmann examines the evidence to explore ethnic change in Western Europe and North America. Tracing four ways of dealing with this transformation - fight, repress, flight and join - he charts different scenarios and calls for us to move beyond empty talk about national identity. If we want to avoid more radical political divisions, he argues, we have to open up debate about the future of white majorities.

Deeply thought provoking, Whiteshift offers a wealth of data to redefine the way we discuss race in the twenty-first century.

Eric Kaufmann is Professor of Politics at Birkbeck College, University of London. A native of Vancouver, British Columbia, he was born in Hong Kong and spent eight early years in Tokyo. His previous books include Shall the Religious Inherit the Earth? and The Rise and Fall of Anglo-America.

An insightful study of demographic change in the US, UK, Canada, Europe and Australia -- Munira Mirza Daily Telegraph A very substantial book with important things to say about identity, migration, populism and other questions of the moment. . . One of the best aspects of Kaufmann's book is its optimism -- Michael Burleigh Literary Review A monumental study of ethno-demographic change and the rise of populism across the rich world. . . ranges far beyond Brexit and Britain and puts a parochial debate in a much bigger context Economist An explosive book -- Robbie Millen The Times Books of the Year An essential read for liberals. In among its many graphs and reports of surveys are a series of salutary reminders of how easily the idea of a threat from strangers can become a dominant political issue. You may not agree with Kaufmann, but you have to deal with him -- David Aaronovitch The Times A giant of a book, channelling together cascades of polls, data sets and excursions in history to produce a conclusion of qualified optimism. . . does the large service of telling liberals and leftists who prefer to remain shocked rather than to work at understanding that their fellow citizens are not, in the main, deplorable bigots, and that white fear is real, but need not be dangerous -- John Lloyd Financial Times A detailed analysis of attitudes to race breaks the taboo on this vital subject . . . Anyone interested in preparing for the future would do well to read this book. . . Part of the usefulness of the book is in the amount of new data that Kaufmann brings to the debate. As well as his statistical analysis Kaufmann also displays an extraordinarily deep and wide historical knowledge -- Douglas Murray Evening Standard Extraordinary. . . a tour de force that could expand the so-called "Overton window" - the range of what is acceptable to say - on these central issues -- David Goodhart Sunday Times Whiteshift is a big, brilliant, ambitious book - perhaps the first truly definitive book of the Trump era. Meticulous, challenging, and provocative, this is the rare book that takes it upon itself to try to shift our entire way of thinking on the most difficult question of our time - inevitable demographic and ethnic change in the United States and Europe -- Shadi Hamid, Senior Fellow, Brookings Institution and author of Islamic Exceptionalism A powerful and rigorously researched exploration of how demographic change is transforming western societies and politics. Rejecting extreme nationalism and extreme liberal individualism alike, Kaufmann uses a wealth of empirical data to carve out a space for a multivocal and flexible political system that recognises ethnic identities without sacrificing liberal values of freedom and tolerance. Whether or not you end up agreeing with it, this is a book that speaks to the most urgent and difficult issues of our time -- John Gray, author of Seven Types of Atheism A magisterial survey of the most important political trend of the 21st century so far. It will be controversial - but mostly with those who dislike evidence, are horrified by open mindedness, and who find it convenient to ignore truth. It should be required reading for today's rulers; they may not like it, but they need to understand Kaufmann's defence of democracy before it's too late -- Trevor Phillips