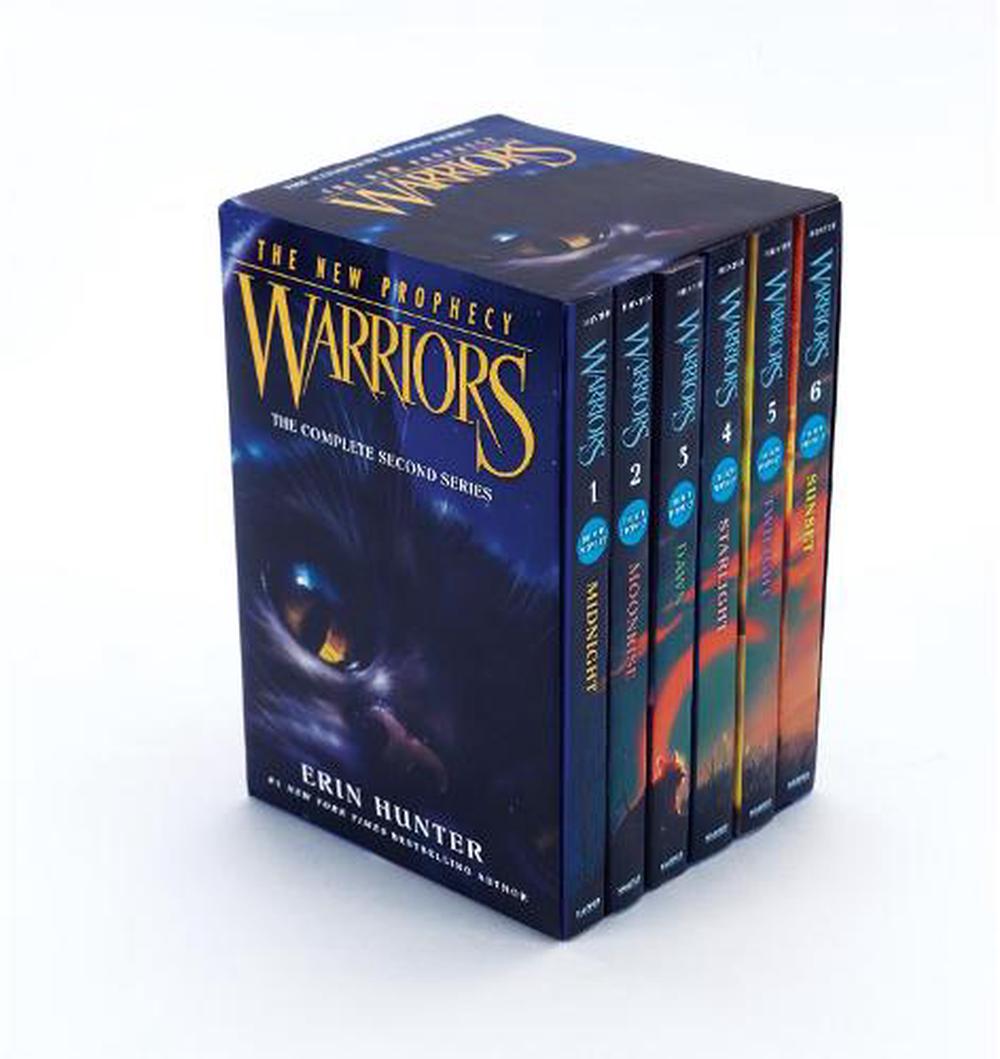 Erin Hunter's #1 nationally bestselling Warriors series continues in Warriors: The New Prophecy! This box set--featuring striking new art--includes all six books in the second Warriors series and is perfect for the collections of longtime Erin Hunter fans and readers new to the Warriors world.The wild cat Clans have lived in peace and harmony for many moons, but now strange messages from their warrior ancestors speak of a terrifying new prophecy and a mysterious danger.Six cats, including young Brambleclaw of ThunderClan, must embark on an unprecedented journey, with the fate of the entire forest in their paws. The strength and courage of the greatest warriors will be put to the test as the prophecy unfolds--and the quest to save the Clans begins.Supports the Common Core State Standards

Erin Hunter is inspired by a love of cats and a fascination with the ferocity of the natural world. In addition to having great respect for nature in all its forms, Erin enjoys creating rich mythical explanations for animal behavior. She is also the author of the Seekers, Survivors, and Bravelands series.