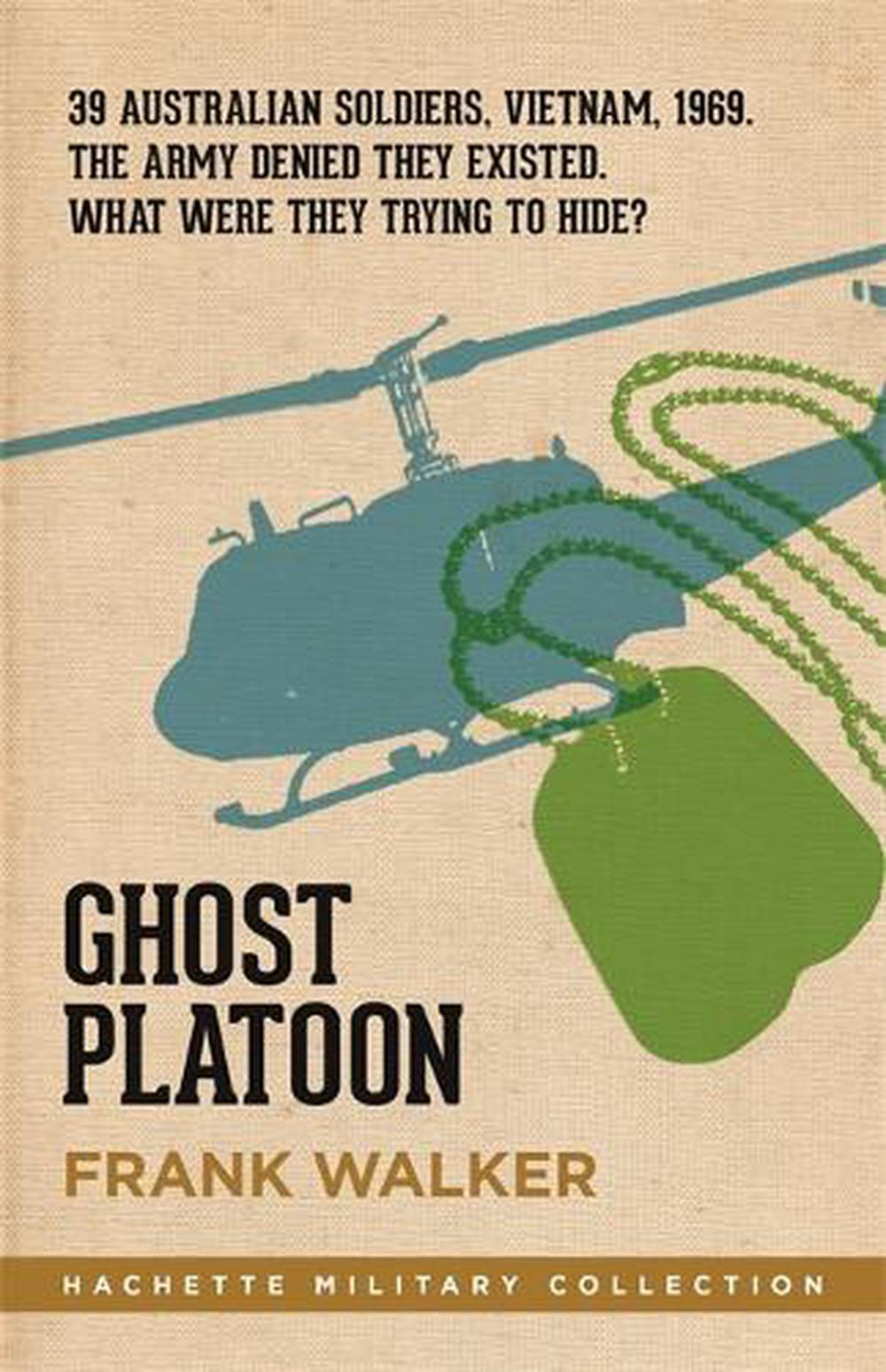 39 Australian soldiers, Vietnam, 1969. The Army denied they existed. What were they trying to hide? Frank Walker's critically acclaimed bestseller is now part of the HACHETTE MILITARY COLLECTION.

An eye-opening account of Australian combat history, untold . . . until now.

In 1969 a ragtag unit of 39 men were thrown together at Nui Dat, Vietnam. It was so slapdash a group it didn't even have an officer or a sergeant in charge. A rugged ex-Royal Marine stepped forward to take the lead. Jim Riddle was only an acting corporal, but he knew enough of war to keep these young diggers alive.

When the platoon was involved in a high-risk ambush Riddle proved his leadership skills, bringing his men through unscathed and leaving the battlefield littered with enemy bodies.

Despite their success, immediately afterwards the platoon was disbanded. According to the army they'd never existed - theirs was a ghost platoon.

Frank Walker details what happened at that ambush and why the army buried their existence, and the secrets that went with it. His findings are a shocking indictment of the long-term effects of war. The men of the platoon - who'd fought so hard for their country - had to fight again to reveal the truth. But the price they all paid was far too high.

GHOST PLATOON is a gripping story of the soldiers who should never be forgotten . . . or denied. Now part of the HACHETTE MILITARY COLLECTION.

Frank Walker has been an Australian journalist and foreign correspondent in Germany and the United States for forty years, covering wars and coups, floods and fires, terrorist attacks and political brawls, movie stars and street crime. His first two bestselling books - The Tiger Man of Vietnam and Ghost Platoon - revealed uncomfortable truths about Australia's actions in the Vietnam War. His third bestselling book, Maralinga, lifted the veil of secrecy thrown over the British atomic bomb tests in the outback and shocking human experiments in Australia in the 1950s and 1960s. His fourth book, Commandos, examined the most daring secret raids behind enemy lines by Australians and New Zealanders in World War II. In 2017 Frank wrote Traitors, an expose on how Australia and its allies betrayed our Anzacs and let Nazi and Japanese war criminals go free. His most recent book is The Scandalous Life of Freddie McEvoy: The true story of the swashbuckling Australian rogue.

Walker, and others like him, are doing their country a great service by bringing both the bad and good of deeds of Aussie diggers out of the shadows and into the light. - SUNDAY AGE

His findings are a shocking indictment of the long-term effect of war. - SUNDAY EXAMINER

an original and compelling account that succeeds in exposing the subterfuge and myopia of both British and Australian governments. - SATURDAY PAPER on MARALINGA

one of those great untold stories . . . Walker tells it with verve and excitement and with meticulous attention to detail. - SYDNEY MORNING HERALD on THE TIGER MAN OF VIETNAM

Walker's finely researched book goes beyond the biographical account of an Australian war hero. - SUN-HERALD on THE TIGER MAN OF VIETNAM

I was in the “Ghost Platoon “ and wrote my own book “We were Reos Australian Reinforcements in Vietnam “. I supplied some information to the author but then asked him to return the material to me after I realised he was focusing on controversy. He has used a lot of poetic licence and got a lot of facts wrong. I was there
By Richard