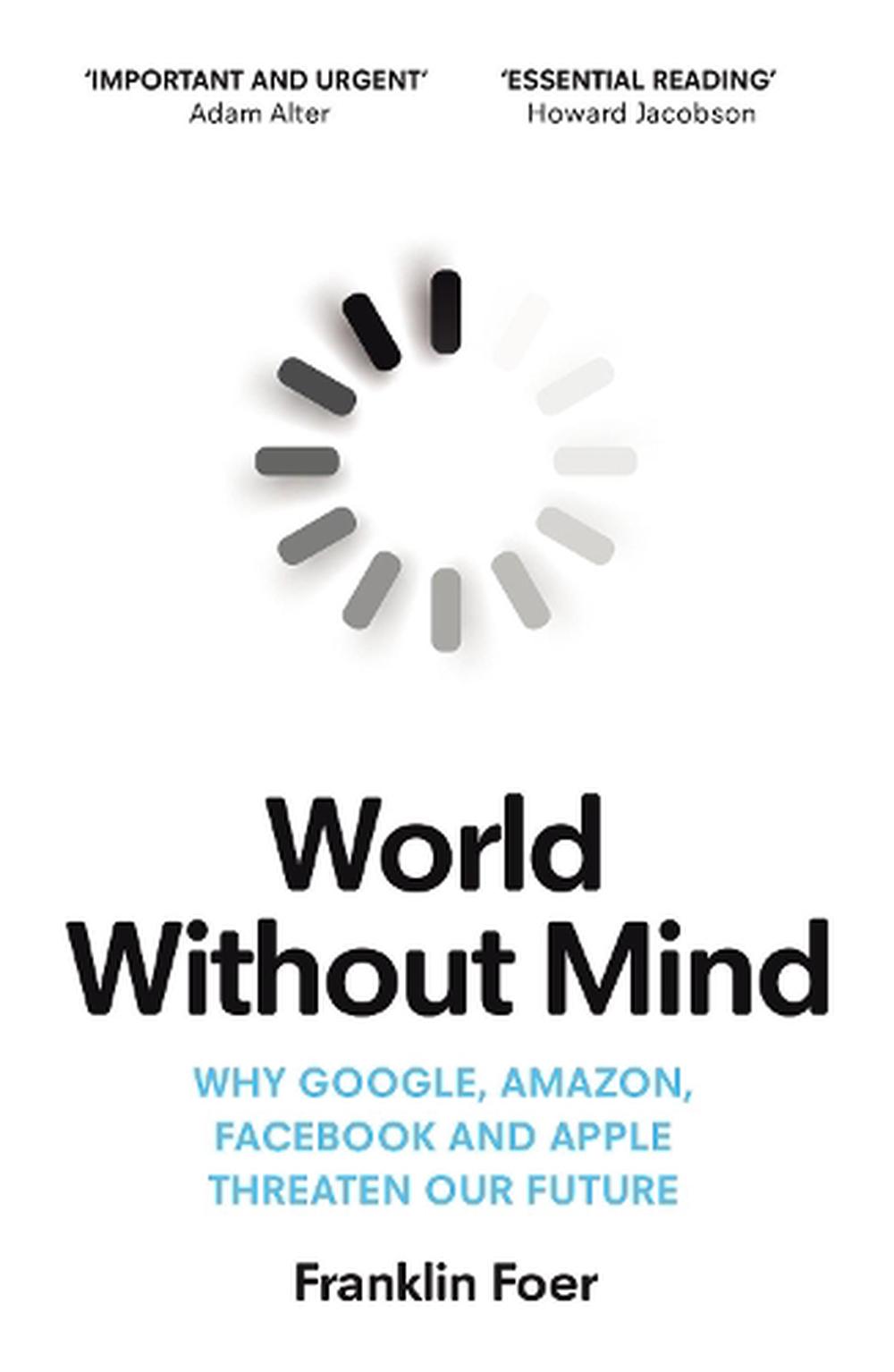 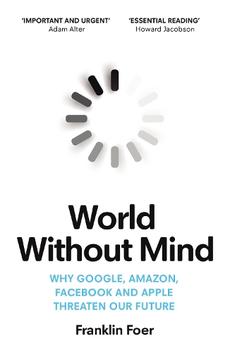 ISBN: 9781784707347
ANNOTATION:
A timely and powerful must-read on how the big tech companies are damaging our culture - and what we can do to fight their influenceFour titanic corporations are now the most powerful gatekeepers the world has ever known.
$23.99
Or pay later with

A timely and powerful must-read on how the big tech companies are damaging our culture - and what we can do to fight their influenceFour titanic corporations are now the most powerful gatekeepers the world has ever known.

Four titanic corporations are now the most powerful gatekeepers the world has ever known. We shop with Amazon, socialise on Facebook, turn to Apple for entertainment, and rely on Google for information. They have conquered our culture and set us on a path to a world without private contemplation or autonomous thought- a world without mind.

In this book, Franklin Foer makes a passionate, deeply informed case for the need to restore our inner lives and reclaim our intellectual culture before it is too late. At stake is nothing less than who we are, and what we will become. It is a message that could not be more timely.

Franklin Foer is a national correspondent for The Atlantic and a fellow at the New America Foundation. For seven years, he edited The New Republic magazine.He is the author of How Football Explains the World, which has been translated into 27 languages and won a National Jewish Book Award. He has been called one of America's 'most influential liberal journalists' by The Daily Beast. He lives in Washington, D.C.

Essential reading - while we still know what reading is - Foer's terrifying analysis of the cyber state we're in is both portrait gallery of the robber barons, the monopolists, the tax dodgers and the fantasists who own the data troughs from which we feed, and passionate plea for the retention of those values of privacy, nonconformity, contemplation, creativity and mind, which the Big Tech companies are well on their way to destroying, not out of cynicism but the deepest ignorance of what a person is and why individuality is indispensable to him. This book leaves us in no doubt: no greater threat to our humanity exists. -- Howard Jacobson As the dust settles from the great tech upheavals of the early 21st century, it turns out that the titans of Silicon Valley have not ushered us into a utopia of peace and freedom. Instead, as Foer so convincingly shows, by monopolizing the means of distribution, they have systematically demonetized and degraded the written word. World without Mind makes a passionate, deeply informed case for the need to take back culture - knowledge, information, ideas - from the Facebooks and Amazons. Its message could not be more timely. -- William Deresiewicz Franklin Foer's World Without Mind is a fascinating biography of the biggest players in big tech - a handful of humans that, through their decisions, govern the lives of seven billion tech consumers. Foer shows that these decisions are robbing us of our humanity, our values, and our ability to grapple with complexity. World Without Mind is an important and urgent book that should be required reading for anyone who's ever shopped on Amazon, swiped the screen on an Apple device, or scrolled through the Facebook newsfeed - in short, for all of us. -- Adam Alter A provocative, enlightening, and above all, important book that is asking the most important question of our times. It is nothing less than an examination of the future of humanity and what we like to call 'free will.' It is also a good read - Foer writes with an engaging vibrancy that makes the book a page-turner. -- Tim Wu World Without Mind is an argument in the spirit of those brave democracy protestors who stand alone before tanks. Franklin Foer asks us to unplug and think. He asks us to recognize and challenge Silicon Valley's monopoly power. His book is a vital response to digital utopianism at a time when we desperately need new ethics for social media. -- Steve Coll