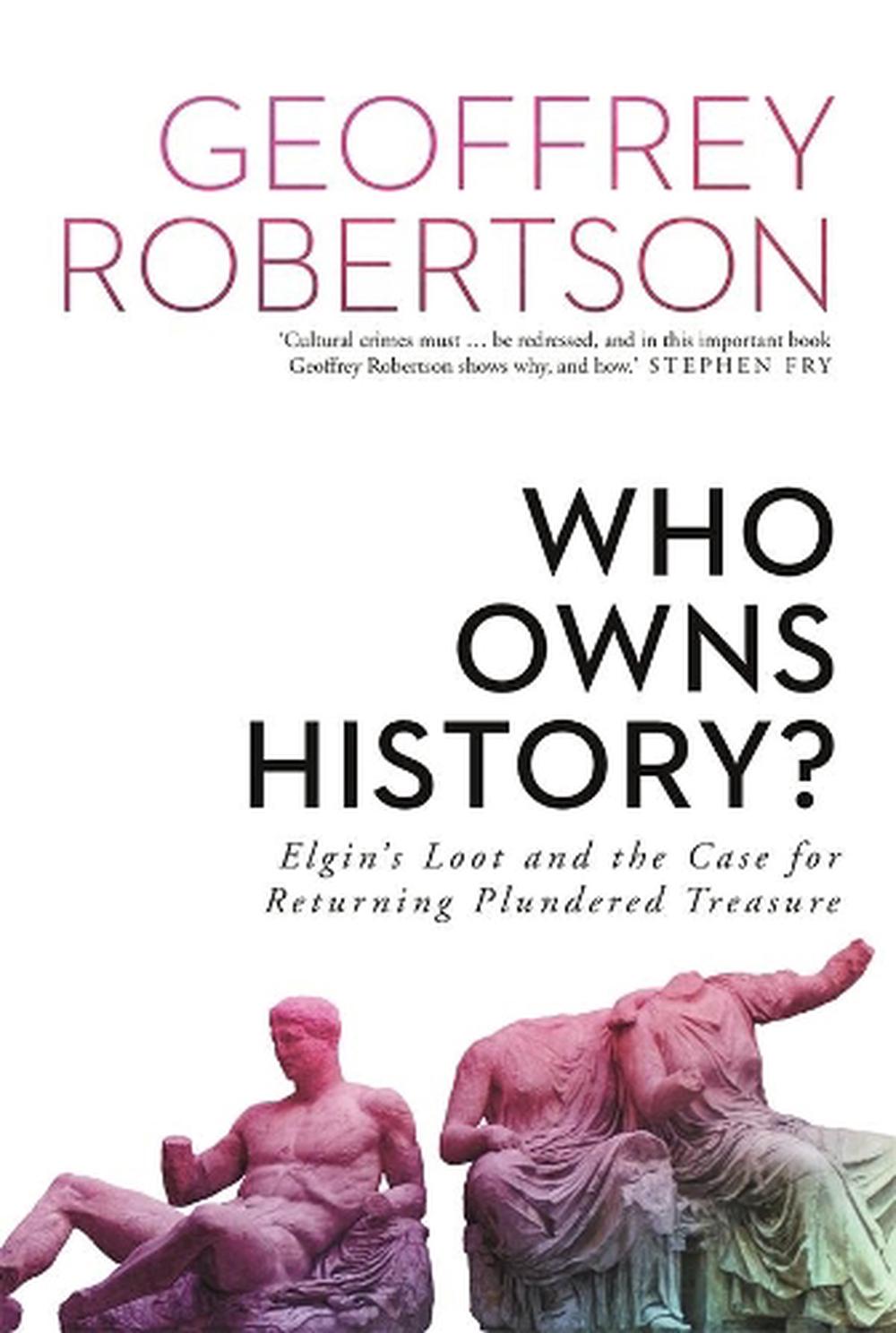 Hard on the heels of his best-selling autobiography Rather His Own Man, one of Australia's foremost public intellectuals turns his mind to one of the most important contemporary questions that divides the world of art and culture- the restitution of heritage treasures removed in earlier times from subjugated peoples who now want them back.

Taking his cue from Cicero, the great Roman barrister, Geoffrey Robertson argues that justice requires the return not only of the 'Elgin' Marbles to Greece, but of many looted antiquities on display in the museums of Britain, Europe and America. He argues that the Gweagal Shield - dropped when Cook shot at Aboriginals in Botany Bay in 1770 - should be returned to Australia from the British Museum. He wants the government to acquire the hull of HMS Endeavour recently located off Rhode Island. He has located Arthur Phillip's tombstone for Yemmerrawanne, the first Australian expatriate, in a South London churchyard, and he wants to bring it back.

Robertson's judgement is uncompromising- cultural heritage belongs to the people of whose history it is a part, unless its return would be attended by danger to the artwork itself. And since the movement for the restitution of cultural property is based on human rights, governments that want it back must show respect for the rights of the peoples on whose behalf they make the claim.

Who Owns History? not only delves into the crucial debate over the Marbles, but examines how the past can be experienced by everyone, as well as by the people of the country of origin.

Mr Robertson is a Master of the Middle Temple and visiting professor in Human Rights Law at the New College of Humanities. His books include The Tyrannicide Brief, Mullahs Without Mercy- Human Rights and Nuclear Weapons; The Case of the Pope; his acclaimed first memoir The Justice Game; the influential text Crimes Against Humanity; Dreaming Too Loud and his much-praised autobiography Rather His Own Man. Mr Robertson lives in London. He returns to Australia regularly to visit family and conduct his trademark show Hypothetical.

Geoffrey Robertson focuses his razor-sharp mind on one of the greatest contemporary issues in the worlds of art and culture- the return of cultural property taken from its country of creation.