The World of Ice and Fire 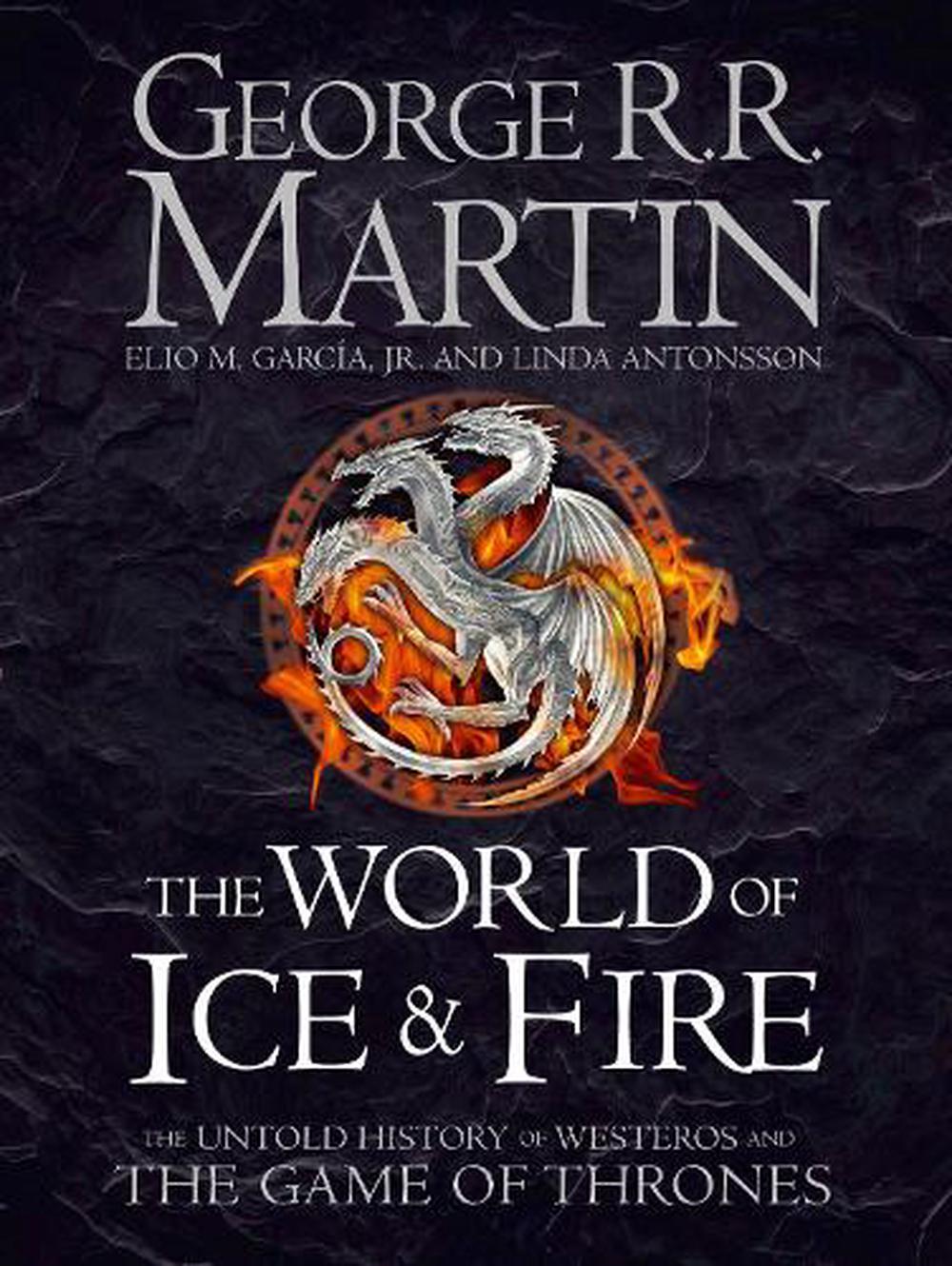 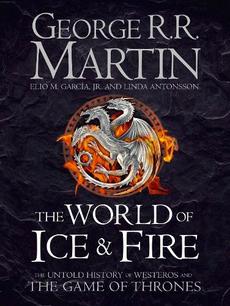 OTHER FORMATS:
PUBLISHED: 25th November 2014
ISBN: 9780007580910
ANNOTATION:
The never-before-seen history of Westeros and the lands beyond. With hundreds of pages of all-new material from George R.R. Martin.

The never-before-seen history of Westeros and the lands beyond. With hundreds of pages of all-new material from George R.R. Martin.

The never-before-seen history of Westeros and the lands beyond. With hundreds of pages of all-new material from George R.R. Martin. If the past is prologue, then George R. R. Martin's masterwork-the most inventive and entertaining fantasy saga of our time-warrants one hell of an introduction. At long last, it has arrived with THE WORLD OF ICE AND FIRE. This lavishly illustrated volume is a comprehensive history of the Seven Kingdoms, providing vividly constructed accounts of the epic battles, bitter rivalries, and daring rebellions that lead to the events of A Song of Ice and Fire and HBO's GAME OF THRONES. In a collaboration that's been years in the making, Martin has teamed with Elio M. Garcia, Jr., and Linda Antonsson, the founders of the renowned fan site Westeros.org-perhaps the only people who know this world almost as well as its visionary creator. Collected here is all the accumulated knowledge, scholarly speculation, and inherited folk tales of maesters and septons, maegi and singers. It is a chronicle which stretches from the Dawn Age to the Age of Heroes; from the Coming of the First Men to the arrival of Aegon the Conqueror; from Aegon's establishment of the Iron Throne to Robert's Rebellion and the fall of the Mad King, Aerys II Targaryen, which has set into motion the "present-day" struggles of the Starks, Lannisters, Baratheons, and Targaryens. The definitive companion piece to George R. R. Martin's dazzlingly conceived universe, THE WORLD OF ICE AND FIRE is indeed proof that the pen is mightier than a storm of swords.

George R R Martin's bestselling A Song of Ice and Fire fantasy series has earned him the title of 'the American Tolkien'. The first book of the series has been made into a HBO TV adaptation, A Game of Thrones. He is the author of eight novels, several collections of short stories and numerous screenplays for television drama and feature films. He lives in Santa Fe, New Mexico.

'Of those who work in the grand epic fantasy tradition, George R.R. Martin is by far the best' Time Magazine 'Colossal, staggering... Martin captures all the intoxicating complexity of the Wars of the Roses or Imperial Rome in his imaginary world ... one of the greats of fantasy literature' SFX 'The sheer-mind-boggling scope of this epic has sent other fantasy writers away shaking their heads ... Its ambition: to construct the Twelve Caesars of fantasy fiction, with characters so venomous they could eat the Borgias' Guardian

By Daniel
By DANIEL
By Eddie
A must for a song of ice and fire readers
By yaron
By Ethan
excellent book!
By Luda
Love this book. The illustrations are awesome, so very old world/mystery ish. Love the way it is written by a Maester but he says it is his interpretation as if there are facts that may dispute it. Great 'information' Such an wonderful book.
By Sue
By Adam