The Eleventh Hour: A Curious Mystery

PUBLISHED: 1st November 1993
ISBN: 9780140541489
ANNOTATION:
Horace turns 11 and celebrates in grand style by inviting his friends - animals - to a splendid party. There are 11 games and fine music and there is the promise of a magnificent feast to come. However, all suddenly goes awry on their arrival at the banquet-hall as the clock strikes 11. 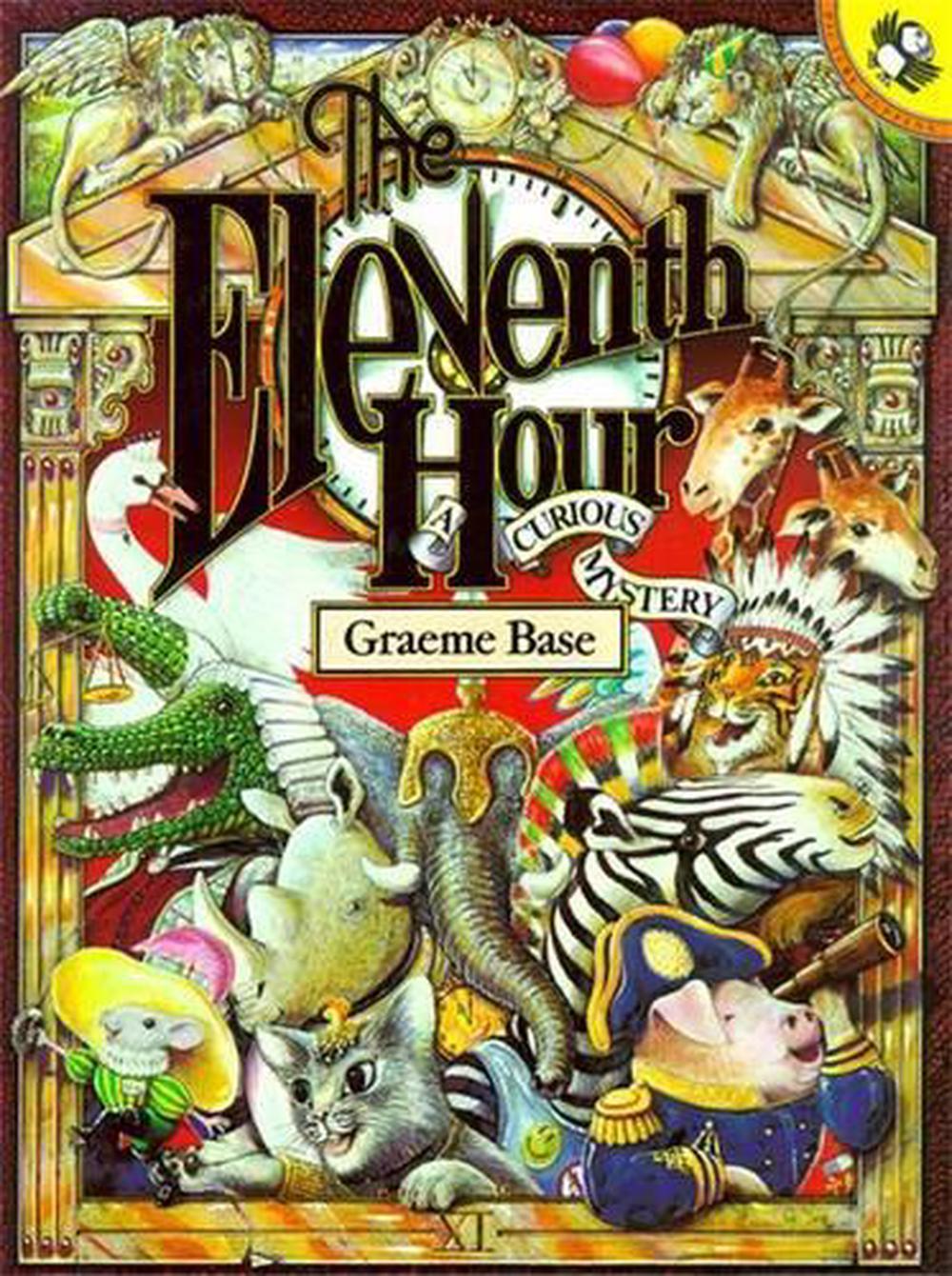 Horace turns 11 and celebrates in grand style by inviting his friends - animals - to a splendid party. There are 11 games and fine music and there is the promise of a magnificent feast to come. However, all suddenly goes awry on their arrival at the banquet-hall as the clock strikes 11.

Horace turns eleven and celebrates with a splendid party! But when the time comes for the birthday banquet, a most bizarre mystery is revealed. Visit graemebase.com

Graeme Base is one of the world's leading creators of picture books. His alphabet book Animalia, received international acclaim when it was first published in 1986, and has achieved classic status with worldwide sales approaching three million copies. It has now inspired an animated TV series. Other favourites by Graeme Base include The Eleventh Hour, My Grandma Lived in Gooligulch, The Sign of the Seahorse, The Discovery of Dragons, The Worst Band in the Universe,The Waterhole (and The Waterhole Board Book), Jungle Drums and Uno's Garden. In 2007 this last title featured in six major awards and was winner of three- Speech Pathology Book of the Year, younger readers; The Green Earth Book, USA; The Wilderness Society Environment Award. In 2003, his first novel for young readers, TruckDogs, was released. It was short-listed for the Children's Book Council of Australia Book of the Year Awards the following year. In 2009 Graeme produced the the fascinating, beautiful and challenging book Enigma; can you crack the code? Graeme's most recent book is The Last King of Angkor Wat. Graeme lives in Melbourne with his artist wife, Robyn, and their three children - James, Kate and Will. Visit graemebase.com