Fingerprints Of The Gods

(1 review)
PUBLISHED: 5th April 2001
ISBN: 9780712679060
ANNOTATION:
Exploring the past with hi-tech tools of modern archaeology, geology and astronomy, Hancock exposes an eerie network of connections between Egyptian pyramids, Andean temples, spherical geometry, and astro-navigation. He makes claim for a lost civilization that flourished during the last ice age. 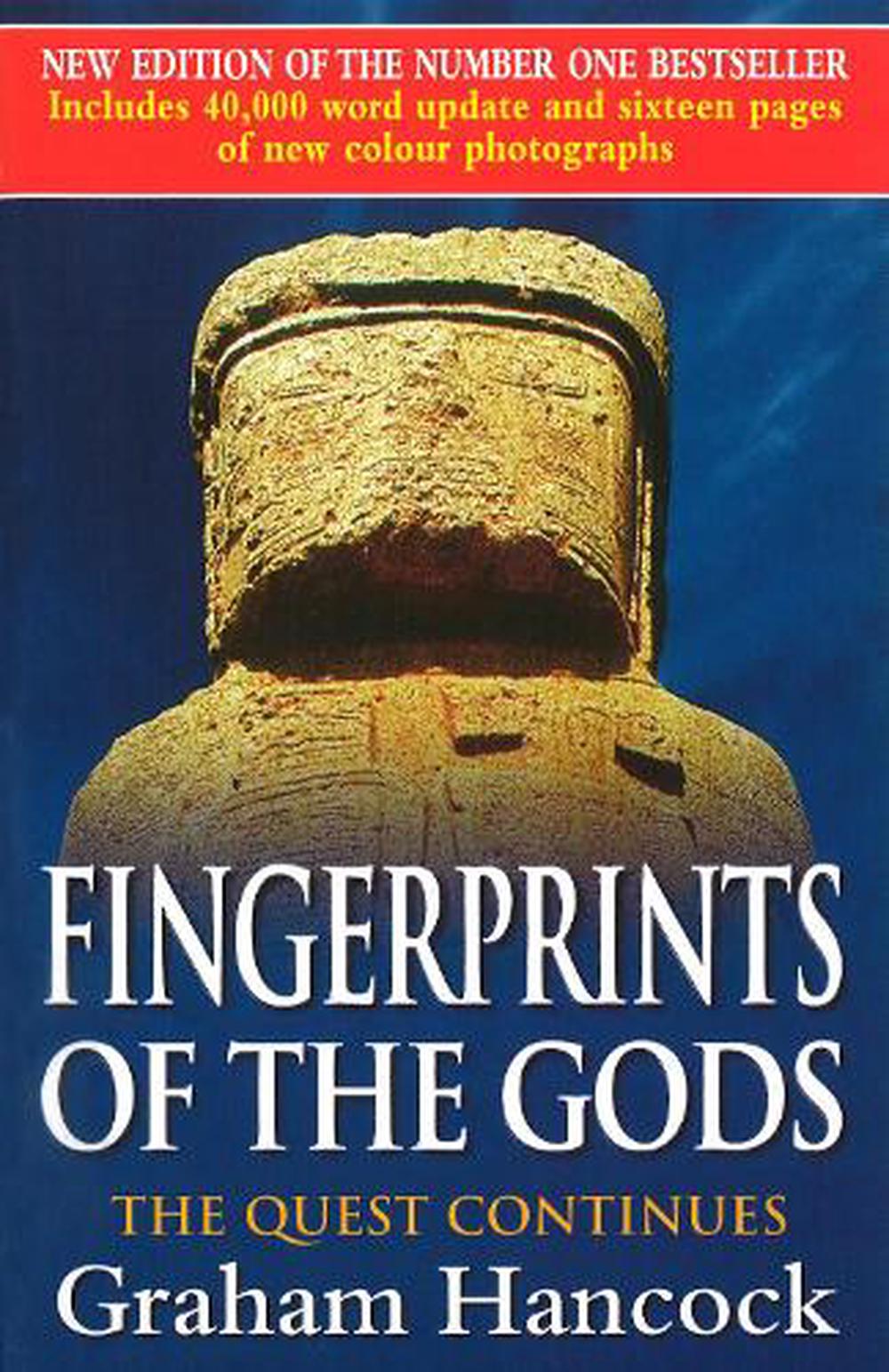 OTHER FORMATS:
PUBLISHED: 5th April 2001
ISBN: 9780712679060
ANNOTATION:
Exploring the past with hi-tech tools of modern archaeology, geology and astronomy, Hancock exposes an eerie network of connections between Egyptian pyramids, Andean temples, spherical geometry, and astro-navigation. He makes claim for a lost civilization that flourished during the last ice age.

Exploring the past with hi-tech tools of modern archaeology, geology and astronomy, Hancock exposes an eerie network of connections between Egyptian pyramids, Andean temples, spherical geometry, and astro-navigation. He makes claim for a lost civilization that flourished during the last ice age.

The author has a highly controversial view of history and his theory of a mysterious, lost civilization that brought knowledge to other people around the world, has attracted a wide audience. In this new large-format edition, Hancock responds to critics and brings readers up to date with developments in the debate. He exposes the eerie network of connections between: the Great Sphinx and pyramids of Egypt; the Andean temples of Tianhuanaco; the Mexican pyramids of the Sun and Moon; the lost continent that lies beneath Antarctica; ancient knowledge of spherical geometry and astro-navigation; the myths and legends of humanity that have remained strangely consistent across geographical and social divides; and new theories concerning the causes of the ice ages. His new evidence suggests not only the "fingerprints" of an unknown civilization that flourished during the last ice age but also horrifying conclusions about the type and extent of planetary catastrophe required to obliterate almost all traces of it. Included are the BBC transcripts to the "Horizon" TV documentary.

Graham Hancock is the author of the major international bestsellers The Sign and The Seal, Fingerprints of the Gods and Heaven's Mirror. His books have sold more than five million copies worldwide and have been translated into 27 languages. He is an extremely successful investigative journalist, having been Editor of Conde Nast's Traveller magazine and East Africa Correspondent for the Economist. His public lectures and TV appearances, including the three-hour series Quest For The Lost Civilization, have put his religious and historical theories before audiences of tens of millions. He has become recognized as an unconventional thinker who raises legitimate questions about humanity's history, religion and prehistory and offers an increasingly popular challenge to the entrenched views of orthodox scholars.

"Intriguing" Sunday Times "Hancock challenges orthodox history with extraordinary theories of a vanished early civilisation destroyed by a cataclysm... However heretical his arguments, his sweep through the ancient world is arresting and audacious" Daily Mail

Poking about through an assortment of grand earthly mysteries, Hancock (The Sign and the Seal, 1992) cobbles together a fascinating theory that proposes a lost civilization lying behind the conundrums. Why is it that the ruins of central America appear to show such a profound knowledge of spherical trigonometry millennia before that branch of mathematics was to find currency in the West? How is it that the great temples in Peru and Egypt show a clear understanding of the precession of the equinoxes way prior to its "discovery" by Hipparchus? All of these ancient monuments depict bearded Caucasian men in their sculpture. Pourquoi? Drawing on an amazing wealth of materials - from a close reading of mythology to geological texts, from archaeo-astronomy to rarefied mathematics - Hancock devises a theory that posits a highly evolved civilization that was wiped clear off the face of the earth during the cataclysmic happenings that attended the retreat of the last ice sheet. A resulting massive crustal displacement in turn might have buried the evidence of this advanced culture, leaving only a few survivors to pass on their knowledge to succeeding generations. Egyptian, Olmec, Mayan, and Aztec civilizations all speak of men - Viracocha, Quetzalcoatl, the bearded men - who brought great wisdom into their midst (though why they didn't pass along the principle of the wheel to the Maya is an equal mystery). Where did these learned men come from? Hancock has evidence to suggest Antarctica, explained via a combination of crust movement and the odd fact that the topography of Queen Maud Land appears on a map dated 1513, when it was - and had for millennia been - under ice. He also has evidence that the next apocalypse may be just around the corner. A fancy piece of historical sleuthing - breathless, but intriguing and entertaining and sturdy enough to give a long pause for thought. (Kirkus Reviews)