by Helaine Olen and Harold Pollack 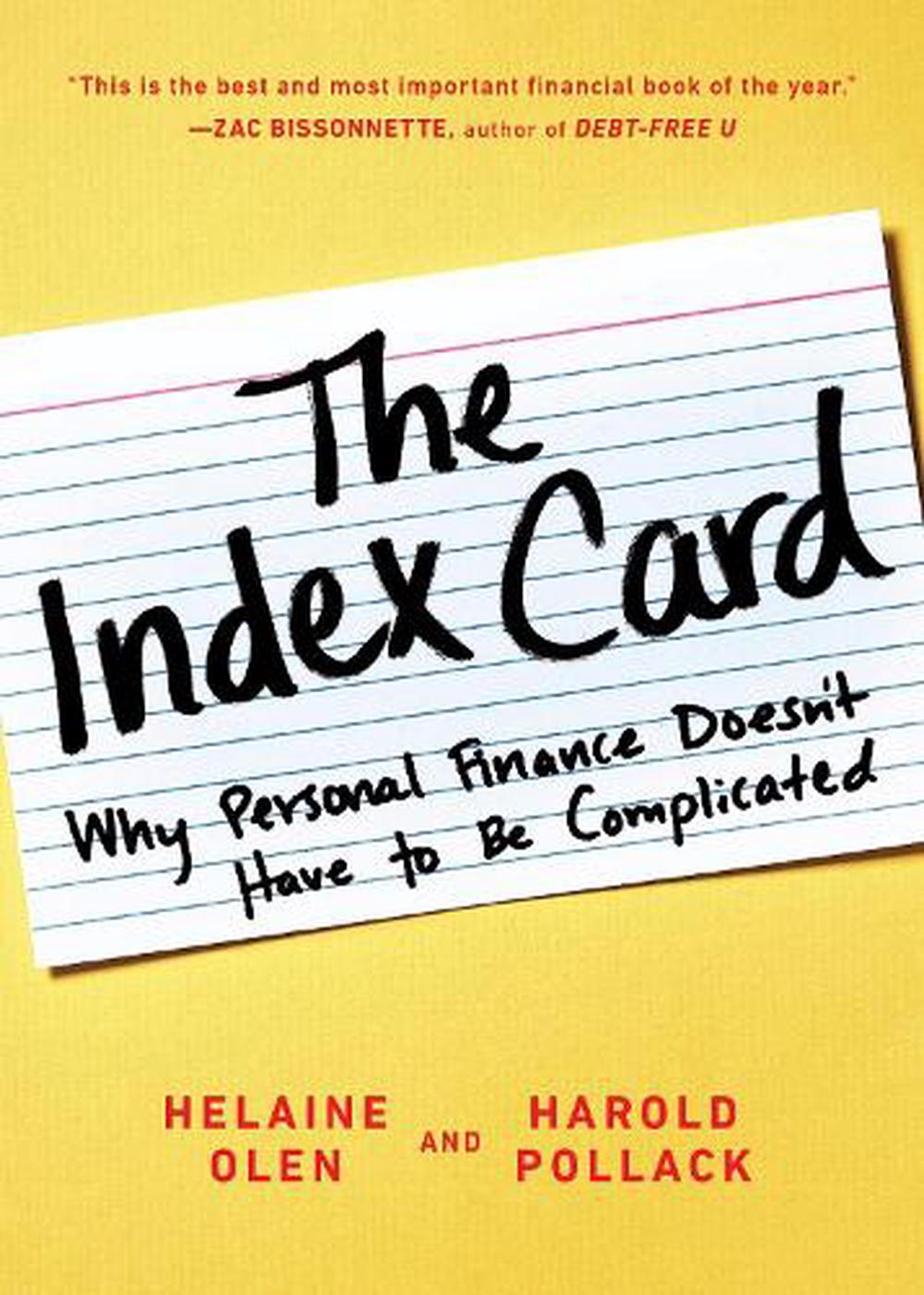 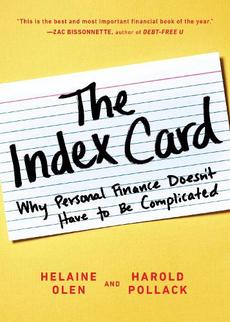 TV analysts and money managers would have you believe your finances are enormously complicated, and if you don't follow their guidance, you'll end up in the poorhouse.

When University of Chicago professor Harold Pollack interviewed Helaine Olen, an award-winning financial journalist and the author of the bestselling Pound Foolish, he made an off-hand suggestion- everything you need to know about managing your money could fit on an index card. To prove his point, he grabbed a 4" x 6" card, scribbled down a list of rules, and posted a picture of the card online. The post went viral.

Now, Pollack teams up with Olen to explain why the ten simple rules of the index card outperform more complicated financial strategies. Inside is an easy-to-follow action plan that works in good times and bad, giving you the tools, knowledge, and confidence to seize control of your financial life.

HELAINE OLEN is the author of Pound Foolish, writes The Bills column for Slate, and is a regular columnist for Inc. She has appeared on numerous media outlets, including The Daily Show with Jon Stewart and Frontline. Business Insider calls her one of the 50 Women Who Are Changing the World.

HAROLD POLLACK is the Helen Ross Professor of Social Service Admin-istration at the Univer-sity of Chicago, where he researches health and urban policy concerns and is a nonresident fellow at the Century Foundation. He writes regu-larly for the Washington Post, Politico, Atlantic Monthly, healthinsurance.org, and other publications.

"The most important financial advice is stunningly simple and fits on an index card. The newbie investor will not find a better guide to personal finance." --BURTON G. MALKIEL, author of A RANDOM WALK DOWN WALL STREET "Ten simple, amazingly effective rules unencumbered by the agendas of fee-sucking fund managers or reckless business-media pundits. Highly recommended." --NOMI PRINS, author of ALL THE PRESIDENTS' BANKERS

"The Index Card offers engaging stories, persuasive explanations, and fascinating data. It's realistic, honest, wise, and compassionate, as well as socially and politically astute." --JOE CONASON, editor in chief at THE NATIONAL MEMO

"All parents should buy The Index Card for their children. If they refuse to read it, consider disinheriting them." --ROBERT H. FRANK, professor of economics, CORNELL UNIVERSITY

"In a world of relentless financial noise, Helaine and Harold are here to help. This is the best and most important financial book of the year." --ZAC BISSONNETTE, author of DEBT-FREE U and THE GREAT BEANIE BABY BUBBLE

"The most important financial advice is stunningly simple and fits on an index card. The newbie investor will not find a better guide to personal finance." --BURTON G. MALKIEL, author of A RANDOM WALK DOWN WALL STREET