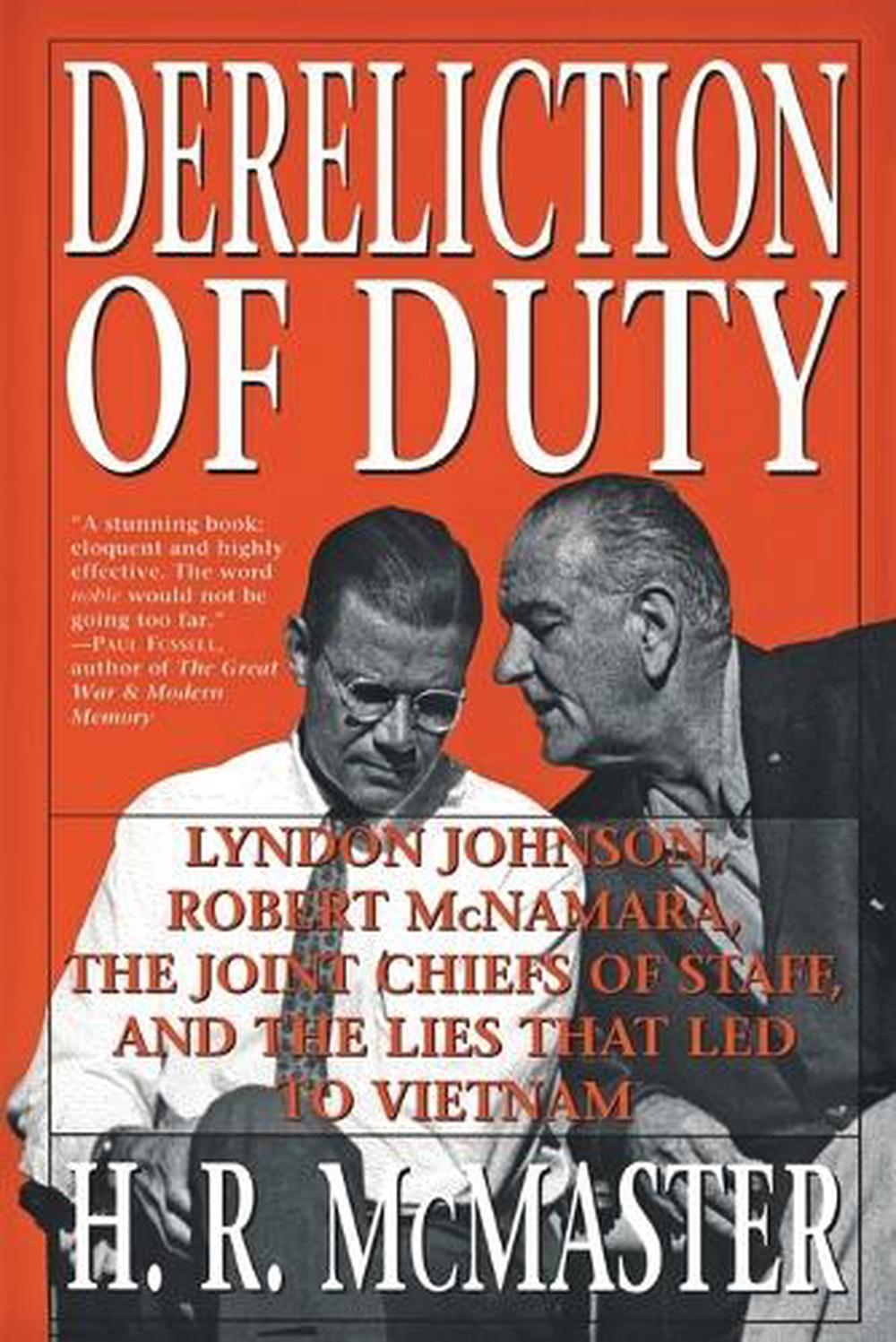 OTHER FORMATS:
PUBLISHED: 31st January 1998
ISBN: 9780060929084
ANNOTATION:
From a Desert Storm hero comes a brilliant, thoroughly documented, and devastating account telling how LBJ and his principal advisors turned the problem of Vietnam into a full-scale American war. Photo insert.

From a Desert Storm hero comes a brilliant, thoroughly documented, and devastating account telling how LBJ and his principal advisors turned the problem of Vietnam into a full-scale American war. Photo insert.

"The war in Vietnam was not lost in the field, nor was it lost on the front pages of the New York Times or the college campuses. It was lost in Washington, D.C." -H. R. McMaster (from the Conclusion)

Dereliction Of Duty is a stunning analysis of how and why the United States became involved in an all-out and disastrous war in Southeast Asia. Fully and convincingly researched, based on transcripts and personal accounts of crucial meetings, confrontations and decisions, it is the only book that fully re-creates what happened and why. McMaster pinpoints the policies and decisions that got the United States into the morass and reveals who made these decisions and the motives behind them, disproving the published theories of other historians and excuses of the participants.

A page-turning narrative, Dereliction Of Duty focuses on a fascinating cast of characters: President Lyndon Johnson, Robert McNamara, General Maxwell Taylor, McGeorge Bundy and other top aides who deliberately deceived the Joint Chiefs of Staff, the U.S. Congress and the American public.

McMaster's only book, Dereliction of Duty is an explosive and authoritative new look at the controversy concerning the United States involvement in Vietnam.