PUBLISHED: 2nd May 2002
ISBN: 9780099429791
ANNOTATION:
In the summer of 1935, thirteen-year-old Briony Tallis sees her sister Cecilia strip off her clothes and plunge into the fountain in the garden of their country house. Watching her too is Robbie Turner who, like Cecilia, has recently come down from Cambridge. By the end of that day, the lives of all three will have changed for ever... 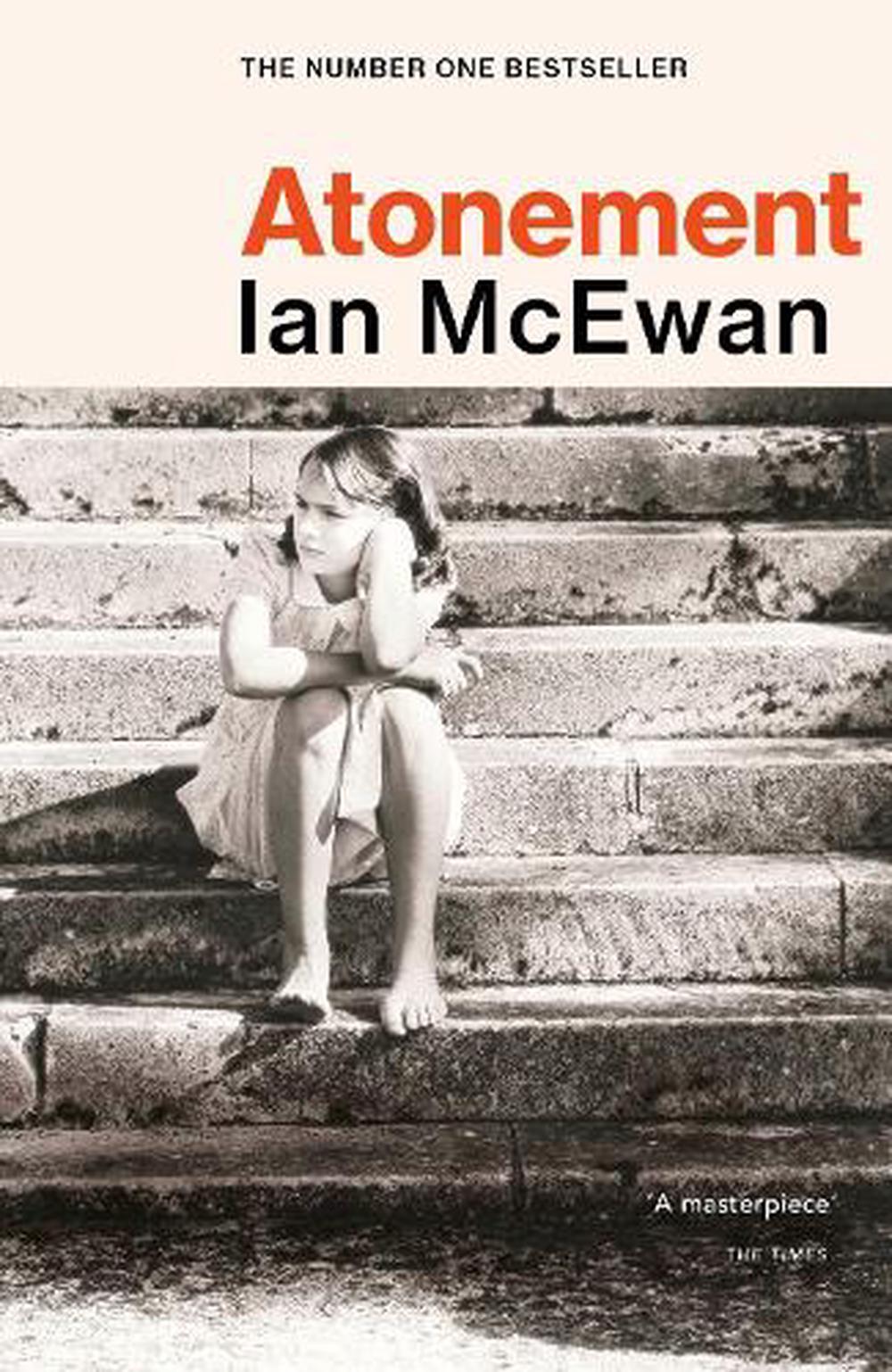 OTHER FORMATS:
PUBLISHED: 2nd May 2002
ISBN: 9780099429791
ANNOTATION:
In the summer of 1935, thirteen-year-old Briony Tallis sees her sister Cecilia strip off her clothes and plunge into the fountain in the garden of their country house. Watching her too is Robbie Turner who, like Cecilia, has recently come down from Cambridge. By the end of that day, the lives of all three will have changed for ever...

In the summer of 1935, thirteen-year-old Briony Tallis sees her sister Cecilia strip off her clothes and plunge into the fountain in the garden of their country house. Watching her too is Robbie Turner who, like Cecilia, has recently come down from Cambridge. By the end of that day, the lives of all three will have changed for ever...

On the hottest day of the summer of 1934, thirteen-year-old Briony Tallis sees her sister Cecilia strip off her clothes and plunge into the fountain in the garden of their country house. Watching her is Robbie Turner, her childhood friend who, like Cecilia, has recently come down from Cambridge. By the end of that day, the lives of all three will have been changed for ever. Robbie and Cecilia will have crossed a boundary they had not even imagined at its start, and will have become victims of the younger girl's imagination. Briony will have witnessed mysteries, and committed a crime for which she will spend the rest of her life trying to atone.

Ian McEwan is the critically acclaimed author of seventeen books. His first published work, a collection of short stories, First Love, Last Rites, won the Somerset Maugham Award. His novels include The Child in Time, which won the 1987 Whitbread Novel of the Year Award; The Cement Garden; Enduring Love; Amsterdam, which won the 1998 Booker Prize; Atonement; Saturday; On Chesil Beach; Solar; Sweet Tooth; The Children Act; and Nutshell, which was a Number One bestseller. Atonement and Enduring Love have both been turned into award-winning films, The Children Act and On Chesil Beach are in production and set for release this year, and filming is currently underway for a BBC TV adaptation of The Child in Time.

Smoulders with slow-burning menace The Times A complex, thought-provoking novel. -- Fanny Blake Woman and Home Brilliantly explores the currents of guilt, shame and anger... Utterly satisfying, complete Scotsman An evocative depiction of the dangers of innocence and ignorance in the face of uncomfortable reality. Herald Atonement is a masterpiece...it is also an elegy to a time which, however volatile, still had certainties The Times Subtle as well as powerful, adeptly encompassing comedy as well as atrocity, Atonement is a richly intricate book... A superb achievement Sunday Times A beautiful and majestic fictional panorama -- John Updike McEwan's best novel so far, his masterpiece Evening Standard He is this country's unrivalled literary giant...a fascinatingly strange, unique and gripping novel Independent on Sunday The best thing he has ever written Observer A superb achievement New York Times A magnificent novel Independent

On the hottest day of the summer of 1935, thirteen year-old Briony Tallis, a girl with a strange mind and a facility with words is preparing to cast, direct and star in her first melodrama. By the end of the day The Trials of Arabella remains unperformed, but Briony's talent for fantasy starts a chain of events that will dramatically change the lives of many and haunt her for more than sixty years. Atonement has three distinct parts. The first, making up more than half the novel, describes the events of that summer's day in 1935. The Tallises are an affluent family living in middle class comfort in Surrey. Father is a hazy figure, a senior ministry figure working on plans for the impending war and carrying on a secret affair in London. Neither he nor his frail and anxious wife are significant influences in their three children's lives. Cecilia, newly graduated from Cambridge, is restless and uncertain about the path of her future life. Leon, less well defined as a character, is the older brother. Briony is the youngest child, immersed in a fantasy world of her own making, who through a false and careless accusation destroys the life of Cecilia's lover, Robbie Turner, and her prospects of happiness. In part two, the narrative moves to 1940. Robbie has been released from prison and is one of the thousands of British soldiers serving in France and fleeing to Dunkirk from the German army. Briony and Cecilia, estranged from one another, are suffering in their own purgatory as nurses in London. In the third, shorter (and least successful) section set in 1999 we discover that Briony, now in her seventies and a celebrated novelist, is the author of Atonement reminiscing on the terrible consequences of her youthful mistake. Atonement, McEwan's first novel since the Booker-winning Amsterdam, is an extraordinary achievement and possibly the finest work he has yet published. It is a engrossing book, full of narrative suspense and wonderfully defined characters. It is also a consciously literary novel, with allusions to Jane Austen, Elizabeth Bowen and Henry James, but with none of the ponderous self-importance that label often suggests. Atonement confirms McEwan's great talents and well deserves its place on the Booker shortlist. (Kirkus UK)