PUBLISHED: 27th June 2016
ISBN: 9781784700560
ANNOTATION:
With a rampaging force of nature is wreaking havoc on the streets of Edinburgh, but has top shagger, drug-dealer, gonzo-porn-star and taxi-driver, 'Juice' Terry Lawson, finally met his match in Hurricane 'Bawbag'? 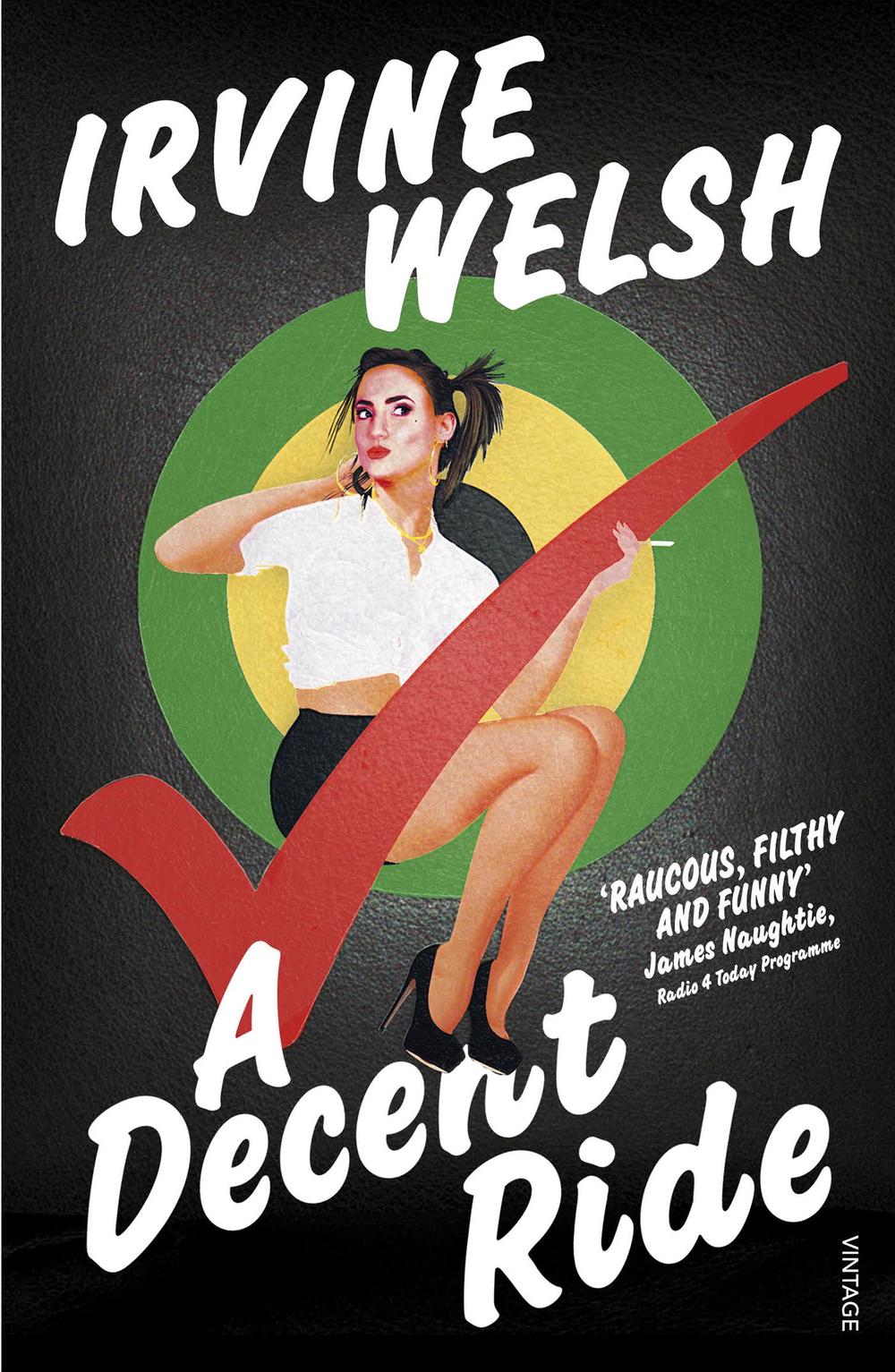 With a rampaging force of nature is wreaking havoc on the streets of Edinburgh, but has top shagger, drug-dealer, gonzo-porn-star and taxi-driver, 'Juice' Terry Lawson, finally met his match in Hurricane 'Bawbag'?

This book is shortlisted for the 2015 Bollinger Everyman Wodehouse prize for comic fiction. With a rampaging force of nature is wreaking havoc on the streets of Edinburgh, but has top shagger, drug-dealer, gonzo-porn-star and taxi-driver, 'Juice' Terry Lawson, finally met his match in Hurricane 'Bawbag'?Can Terry discover the fate of the missing beauty, Jinty Magdalen, and keep her idiot-savant lover, the man-child Wee Jonty, out of prison? Will he find out the real motives of unscrupulous American businessman and reality-TV star, Ronald Checker? And, crucially, will Terry be able to negotiate life after a terrible event robs him of his sexual virility, and can a new fascination for the game of golf help him to live without...A decent ride? A Decent Ride sees Irvine Welsh back on home turf, leaving us in the capable hands of one of his most compelling and popular characters, 'Juice' Terry Lawson, and introducing another bound for cult status, Wee Jonty MacKay: a man with the genitals and brain of a donkey. In his funniest, filthiest book yet, Irvine Welsh celebrates an un-reconstructed misogynist hustler - a central character who is shameless but also, oddly, decent -and finds new ways of making wild comedy out of fantastically dark material, taking on some of the last taboos. So fasten your seatbelts, because this is one ride that could certainly get a little bumpy...

Irvine Welsh is the author of ten previous novels and four books of shorter fiction. He currently lives in Chicago.

"Raucous, filthy and funny." -- James Naughtie Radio 4 Today Programme "Without question, our most distinguished living exponent of the so- called "excremental vision of life" - a line that goes back (to pick a few names) via James Joyce, Swift, and Ben Jonson, to Chaucer, writers who have explored what meanings of human existence are to be found in the toilet bowl." -- John Sutherland The Times "Irvine Welsh, I think it's safe to say, is not a writer who's mellowing with age... Welsh's [language is an] astonishingly supple invention: one that can combine scabrousness and lyricism, comedy and ruefulness in the same paragraph... [if] you fancy an authentic and often thrilling blast of full-strength Irvine Welsh, then you're in for a treat." -- James Walton Spectator "It's a stern reader who wouldn't fall for his filthy charm." Sunday Telegraph "Whether your interest is piqued by the ridiculously expensive bottles of whiskey and the extraordinary lengths an American will go to own them or your heart strings are pulled by Wee Jonty's anguished love story, there's a multitude of ideas and human emotions that Welsh brings out among the laughter." -- Claire Inman Curious Animal Magazine