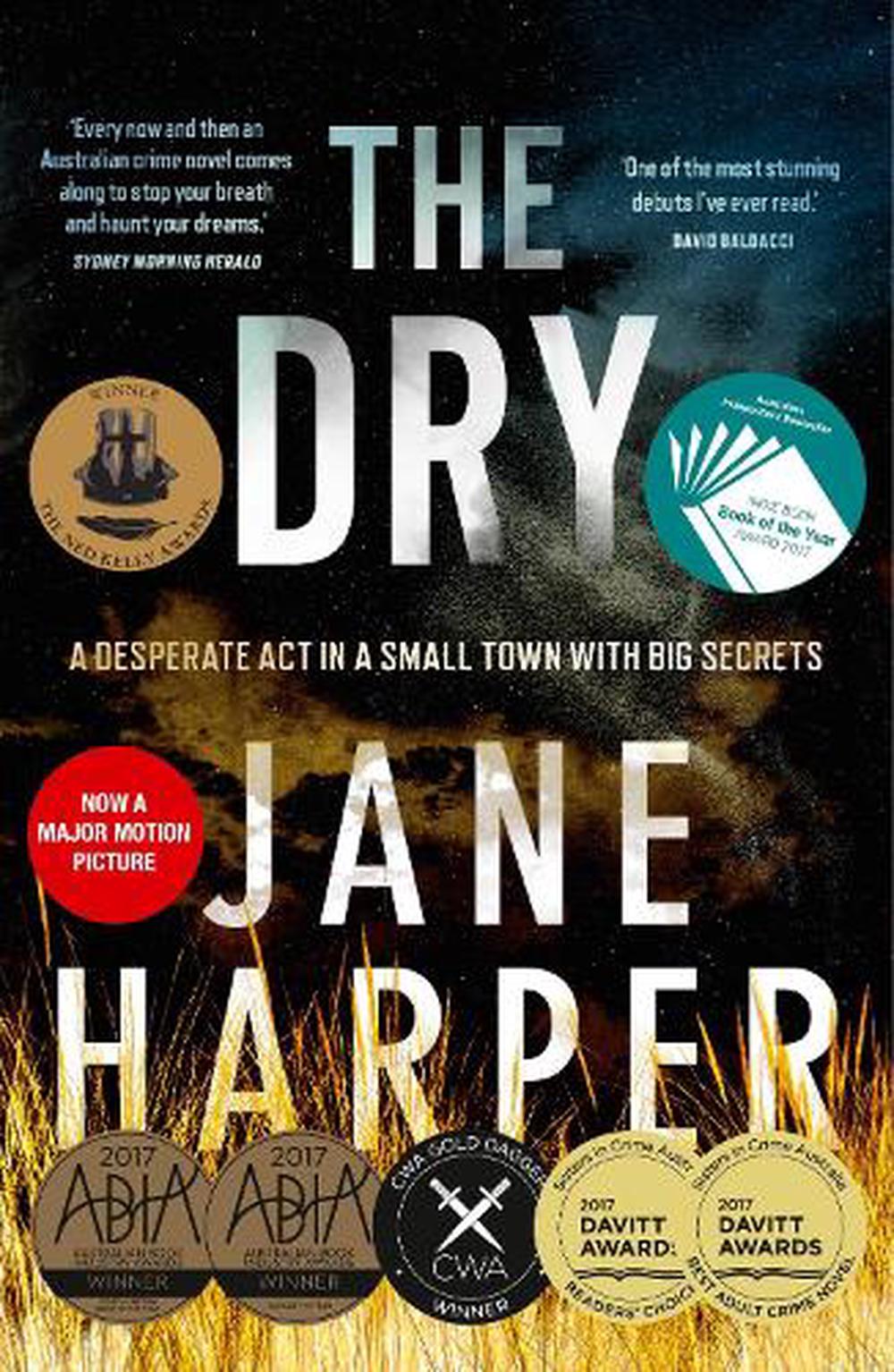 The Dry is the highest selling Australian debut in 2016.

WHO REALLY KILLED THE HADLER FAMILY? "A breathless pageturner ...A secret on every page" The New York Times "One of the most stunning debuts I've ever read ...Read it!" David Baldacci It hasn't rained in Kiewarra for two years. Tensions in the farming community become unbearable when three members of the Hadler family are discovered shot to death on their property. Everyone assumes Luke Hadler committed suicide after slaughtering his wife and six-year-old son. Federal Police investigator Aaron Falk returns to his hometown for the funerals and is unwillingly drawn into the investigation. As suspicion spreads through the town, Falk is forced to confront the community that rejected him twenty years earlier. Because Falk and his childhood friend Luke Hadler shared a secret, one which Luke's death threatens to unearth ...MORE PRAISE FOR THE DRY "You will feel the heat, taste the dust and blink into the glare. The Dry is a wonderful crime novel that shines a light into the darkest corner of a sunburnt country." Michael Robotham "a suspenseful tale of sound and fury as riveting as it is horrific" Publishers Weekly (US) "Every so often a debut novel arrives that is so tightly woven and compelling it seems the work of a novelist in her prime. That's what Jane Harper has given us with The Dry, a story so true to setting and tone it seemed I fell asleep in Virginia only to wake in Australian heat." John Hart, New York Times bestselling author of Redemption Road "It's extremely rare and exciting to read a debut that enthralls from the very first page and then absolutely sticks the landing. Told with heart and guts and an authentic sense of place that simply cannot be faked, The Dry is the debut of the year." C.J. Box, #1 New York Times Bestselling author of Off The Grid "Australian author Harper's debut is a stunner. Recommend this one to fans of James Lee Burke and Robert Crais..." Booklist "I can't remember another first novel that was greeted with such unanimous enthusiasm from readers and reviewers all over the world. I share the universal approval of this book; it is gripping, atmospheric and original" Jessica Mann, Literary Review UK Winner of the 2015 Victorian Premier's Literary Award for an Unpublished Manuscript Winner of the 2017 Indie Book Awards Book of the Year

Jane Harper has worked as a print journalist for thirteen years both in Australia and the UK. Winner of the Victorian Premier's Literary Award for an Unpublished Manuscript, The Dry is her first novel with rights sold to over twenty territories. Jane lives in Melbourne.