PUBLISHED: 1st January 2014
ISBN: 9780552779517
ANNOTATION:
THE SUNDAY TIMES TOP TEN BESTSELLER A RICHARD AND JUDY BOOKCLUB PICK 'Utterly engrossing' Guardian It is wash-day for the housemaids at Longbourn House, and Sarah's hands are chapped and raw. 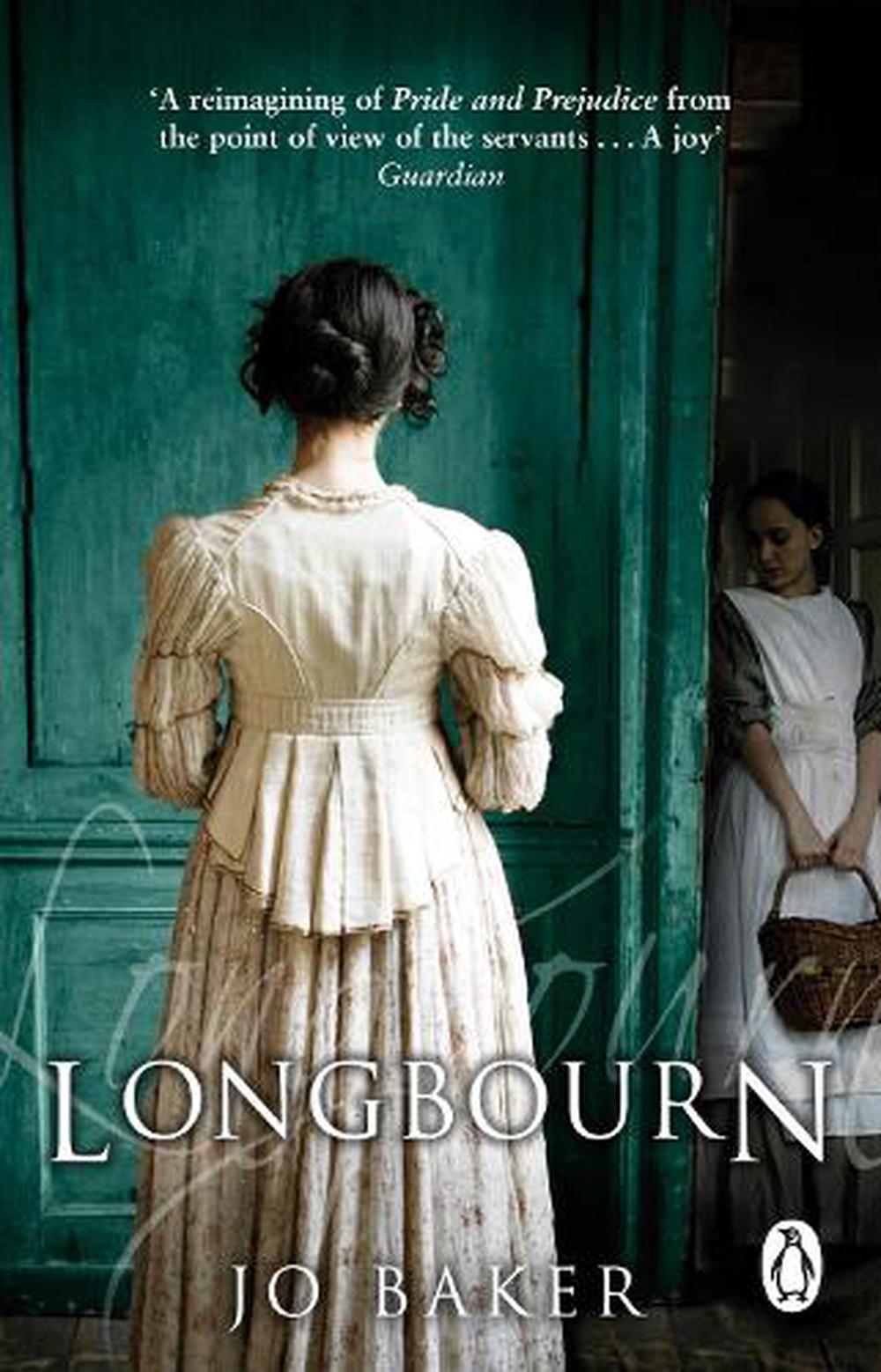 OTHER FORMATS:
PUBLISHED: 1st January 2014
ISBN: 9780552779517
ANNOTATION:
THE SUNDAY TIMES TOP TEN BESTSELLER A RICHARD AND JUDY BOOKCLUB PICK 'Utterly engrossing' Guardian It is wash-day for the housemaids at Longbourn House, and Sarah's hands are chapped and raw.

It is wash-day for the housemaids at Longbourn House, and Sarah's hands are chapped and raw.

It is wash-day for the housemaids at Longbourn House, and Sarah's hands are chapped and raw. Domestic life below stairs, ruled with a tender heart and an iron will by Mrs Hill the housekeeper, is about to be disturbed by the arrival of a new footman, bearing secrets and the scent of the sea.

Jo Baker was educated at Oxford and The Queen's University, Belfast. She lives in Lancaster with her husband, the playwright Daragh Carville, and their two children. Longbourn is due to be made into a film produced by Focus Features.

A fresh and engrossing story from below the stairs of Pride and Prejudice Woman and Home Powerful...an especially appealing, and timely, reworking of the classic. Baker's novel goes beyond escapist fantasy, drawing subtle comparisons between past and present New Yorker Intelligent and elegantly written ... a fitting tribute, inventing a love story all of its own Wall Street Journal Densely plotted and achingly romantic. This exquisitely reimagined Pride and Prejudice will appeal to Austen devotees and to anyone who finds the goings-on below stairs to be at least as compelling as the ones above Library Journal Painstakingly researched, it captures the atmosphere of Austen's England perfectly and is delivered in beautiful prose Sunday Mirror A must-read for fans of Jane Austen, this literary tribute also stands on its own as a captivating love story Publisher's Weekly Longbourn is a really special book, and not only because its author writes like an angel Daily Mail Her depiction of the brutal realities of army life - a world away from the jolly officers of Austen's novel - is particularly powerful. Indeed, a burning sense of injustice is palpable throughout the book ... Sarah's story is so compelling that I kept forgetting that one of literature's most famous love stories was happening upstairs ... moving, gripping, unsentimental Irish Times What bravery to take Pride And Prejudice as the springboard for a new novel! Bravery or, in the wrong hands, foolishness. However, in relating Jane Austen's best-loved tale from the perspective of the Bennet family's servants, Jo Baker takes a fresh angle on a story that millions of diehard fans know inside out. Sunday Express Longbourn is a fantastic feat of imagination, unflinching in its portrayal of war and the limitations of life for a servant - a novel you will want to shelve with the original classics you plan to read again and again. Psychologies An Austen lover has the satisfaction of matching the novels chapter for chapter. Lovely. Observer To twist something so familiar into something quite fresh is impressive...Baker takes ownership of this world without mimicking Austen's style, asserting instead her own distinctive, authentic voice. Longbourn is not just nicely packaged fan fiction, or an Austenian Downton Abbey; it's an engrossing tale we neither know nor expect. Daily Telegraph Splendid...Baker's imaginative leaps are stunningly well done both historically (the scenes set at the siege of Corunna are terrific) and emotionally...What a great film it will make (the rights sold early); the well-loved novel shaken up and given the grit which Jane Austen could never include. Evening Standard Some writers let you know you're in safe hands from the start, and Jo Baker is one of them. Independent Superb... The lightest of touches by a highly accomplished young writer Mail on Sunday A novelist with a gift for intimate and atmospheric storytelling Financial Times The much-loved Pride and Prejudice is shaken up and given the grit that Jane Austen could never include - with great success Evening Standard Captivating and delicious. A brilliantly imagined and lovingly told story about the wide world beyond the margins and outside the parlours of Pride and Prejudice Maggie Shipstead, author of SEATING ARRANGEMENTS GREAT READS: Pride and Prejudice reimagined as a mysterious manservant stirs up passions in the Bennet household both upstairs and down Woman and Home This clever glimpse of Austen's universe clouded by washday steam is so compelling it leaves you wanting to read the next chapter in the lives below stairs Daily Express Debut novelist Jo Baker takes the reader on a journey back to a version of Regency England that is as much about poverty and war as social comedy and romance Metro ONES TO WATCH Just enough Darcy to delight, as well as being a fascinating insight into the harsh working conditions of life in a grand house 200 years ago Good Housekeeping Jo Baker gives us the story from the servants' perspectives and pulls off the seemingly impossible: a completely fresh take on Jane Austen. Utterly engrossing. Guardian Inspired...Baker has written an intoxicating love story but, also like Austen, the pleasure of her novel lies in its wit and fierce intelligence. Longbourn is a profound exploration of injustice, of poverty and dependence, of loyalty...a novel that contrives both to provoke the intellect and, ultimately, to stop the heart Guardian