PUBLISHED: 12th April 2007
ISBN: 9780224080897
ANNOTATION:
In late 1995 and early 1996, cartoonist/reporter Joe Sacco travelled four times to Gorazde, a UN-designated safe area during the Bosnian War, which had teetered on the brink of obliteration for three and a half years. 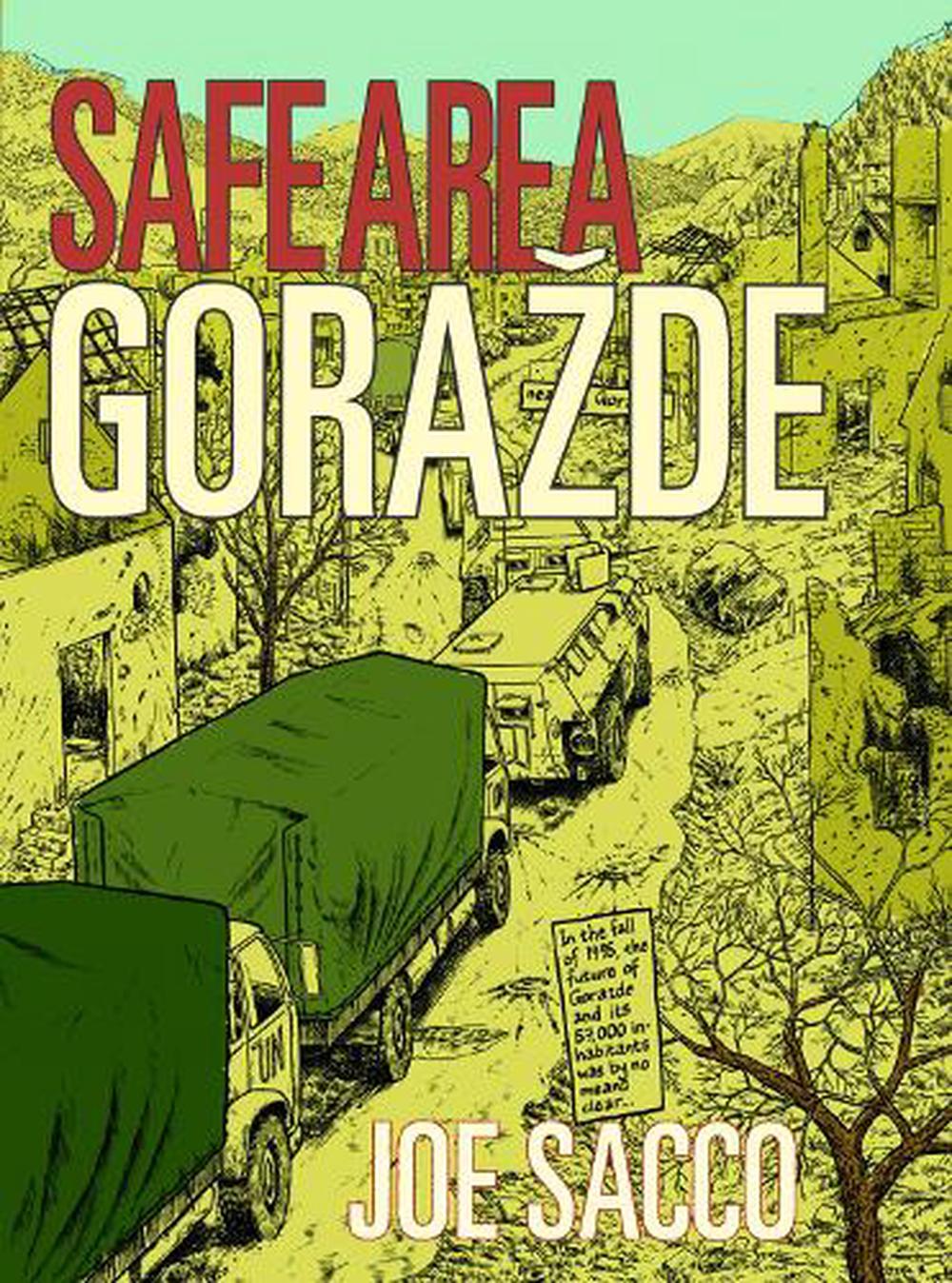 OTHER FORMATS:
PUBLISHED: 12th April 2007
ISBN: 9780224080897
ANNOTATION:
In late 1995 and early 1996, cartoonist/reporter Joe Sacco travelled four times to Gorazde, a UN-designated safe area during the Bosnian War, which had teetered on the brink of obliteration for three and a half years.

In late 1995 and early 1996, cartoonist/reporter Joe Sacco travelled four times to Gorazde, a UN-designated safe area during the Bosnian War, which had teetered on the brink of obliteration for three and a half years.

In late 1995 and early 1996, cartoonist/reporter Joe Sacco travelled four times to Gorazde, a UN-designated safe area during the Bosnian War, which had teetered on the brink of obliteration for three and a half years. Still surrounded by Bosnian Serb forces, the mainly Muslim people of Gorazde had endured heavy attacks and severe privation to hang on to their town while the rest of Eastern Bosnia was brutally 'cleansed' of its non-Serb population. But as much as SAFE AREA GORAZDE is an account of a terrible siege, it presents a snapshot of people who were slowly letting themselves believe that a war was ending and that they had survived.Since it was first published in 2000, SAFE AREA GORAZDE has been recognized as one of the absolute classics of graphic non-fiction. We are delighted to publish it in the UK for the first time, to stand beside Joe Sacco's other books on the Cape list -PALESTINE, THE FIXER and NOTES FROM A DEFEATIST.

Joe Sacco was born in Malta. He won an American Book Award for Palestine. He is also the author of Notes from a Defeatist and The Fixer.

Can comics do hard-hitting journalism? That's the question asked - and answered - by this wonderful piece of long-form reporting World of Cruising Like Art Spiegelman's Maus, Sacco's book juxtaposes the pop style of comics with human tragedy, making the brutality of war all the more jarring. Time Harrowing and bleakly humorous, Sacco's account of life during the Balkan conflict is a timeless portrait of ordinary people caught in desperate circumstances. It's also a work of genius in an unlikely genre: journalism in comic book form. Utne Reader Sacco has produced a work that improbably manages to combine rare insight into what the war in Bosnia felt like on the ground with a mature and nuanced political and historical understanding of the conflict... Of the myriad books that have appeared about Bosnia, few have told the truth more bravely than Sacco. He is an immense talent, from whom we will hear a great deal more. -- David Rieff New York Times Book Review

The first UK publication of Joe Sacco's classic, groundbreaking work of comics journalism with a foreword by Christopher Hitchens.