The Terrible Thing That Happened to Barnaby Brocket

PUBLISHED: 1st June 2015
ISBN: 9780552573788
ANNOTATION:
There's nothing unusual or different about the Brocket family - and they're keen to keep it that way. . Betrayed and frightened, Barnaby floats into the path of a very special hot air balloon - and so begins a magical journey around the world, with a cast of extraordinary new friends. 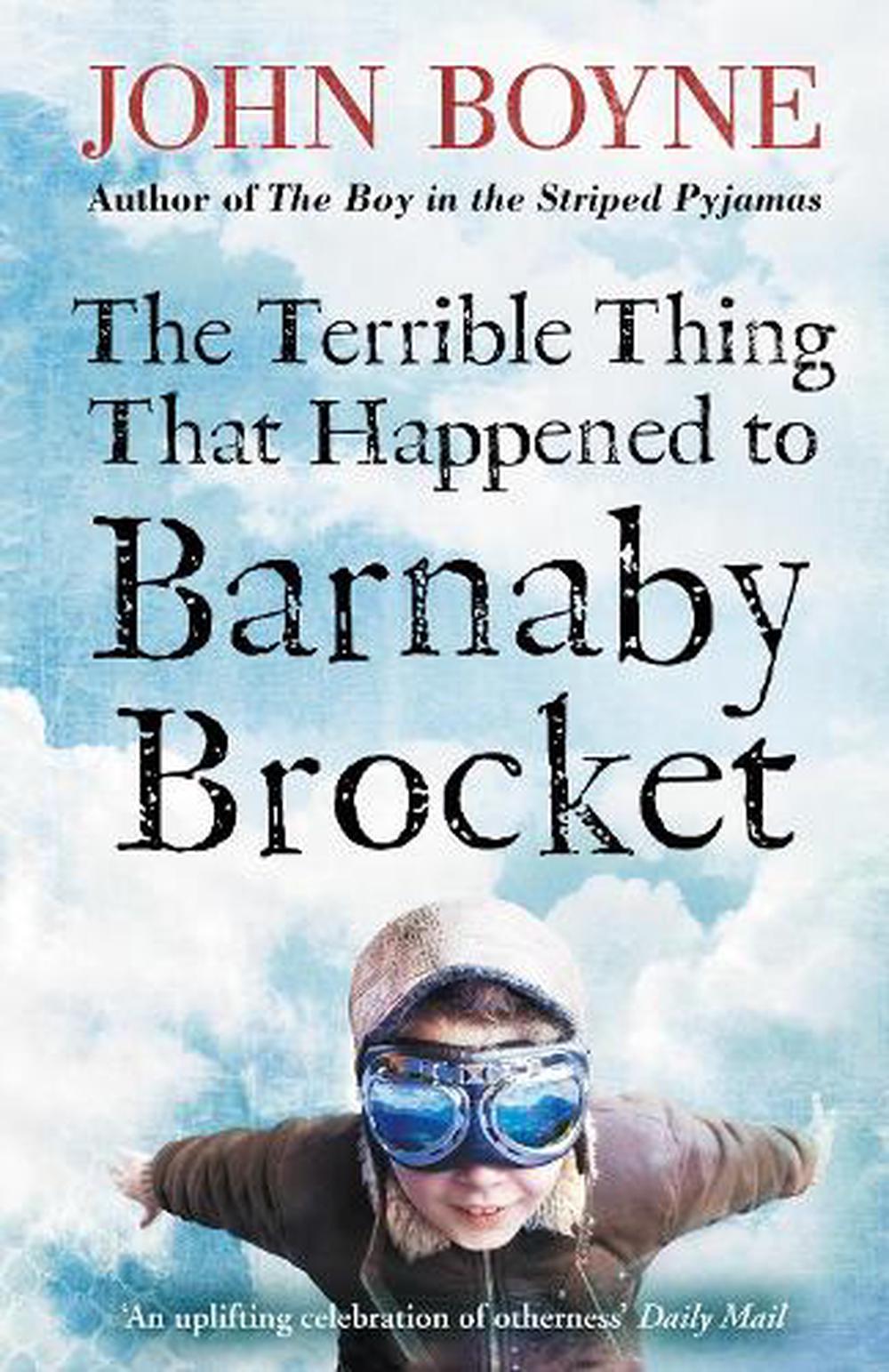 There's nothing unusual or different about the Brocket family - and they're keen to keep it that way. .

Betrayed and frightened, Barnaby floats into the path of a very special hot air balloon - and so begins a magical journey around the world, with a cast of extraordinary new friends.

There's nothing unusual or different about the Brocket family - and they're keen to keep it that way. But when Barnaby Brocket comes into the world, it's clear he's anything but ordinary. To his parents' horror, Barnaby defies the laws of gravity - and floats.

Soon, the Brockets decide enough is enough. The neighbours are starting to talk. They never asked for a weird, abnormal, floating child. Barnaby has to go . . .

Betrayed and frightened, Barnaby floats into the path of a very special hot air balloon - and so begins a magical journey around the world, with a cast of extraordinary new friends.

John Boyne (Author) John Boyne was born in Ireland in 1971. He is the author of eleven novels for adults, six for younger readers and a collection of short stories. Perhaps best known for his 2006 multi-award-winning book The Boy In The Striped Pyjamas, John's other novels, notably The Absolutist and A History of Loneliness, have been widely praised and are international bestsellers. Most recently, The Heart's Invisible Furies was a Richard & Judy Bookclub word-of-mouth bestseller, and A Ladder to the Sky was shortlisted for the Kerry Group Irish Novel of the Year Award in association with Listowel Writers' Week.

His novels are published in over fifty languages.

Oliver Jeffers (Illustrator) Oliver Jeffers is a visual artist and author working in illustration, painting, collage, and sculpture. His critically-acclaimed picture books have been released internationally and translated into over thirty languages, and his artwork has been exhibited at institutions including the Brooklyn Museum in New York City, the Irish Museum of Modern Art in Dublin, the National Portrait Gallery in London, the Ulster Museum in Belfast, and the Palais Auersperg in Vienna. Oliver has been the recipient of numerous awards, including a New York Times Best Illustrated Children's Books Award, Irish Book Award, Texas Bluebonnet Award, and United Kingdom Literary Association Award. He will release his fifteenth book as author and illustrator in late 2016. Oliver grew up in Belfast, Northern Ireland; he currently lives and works in Brooklyn, New York.

Very entertaining reading . . . This is a book very much on the side of the child, operating rather in the same way that, for example, the children's novels of Roald Dahl operate. But Boyne's humour is much gentler and subtler than Dahl's . . . Oliver Jeffers's black-and-white illustrations capture both the wit and pathos of Boyne's text Irish Times A whimsical, warm-hearted adventure The Bookseller It's unashamedly and often delightfully whimsical. It's lovely to look at . . . It has much of the pell-mell what-the-hell-happens-nextness of Dahl and Ibbotson -- Mal Peet Guardian Charming, uplifting and perfect for any growing child who might be feeling a little different Independent Boyne's previous children's novels have dealt with serious, life-changing themes and his deftness of touch is equally evident in this uplifting celebration of otherness Daily Mail