PUBLISHED: 22nd May 2018
ISBN: 9781506706665
ANNOTATION:
"This book collects the graphic novels Hellboy: seed of destruction and Hellboy: wake the dead, and the stories 'The wolves of St. August,' 'The chained coffin,' and 'Almost colossus' from Hellboy: the chained coffin"--Copyright pag 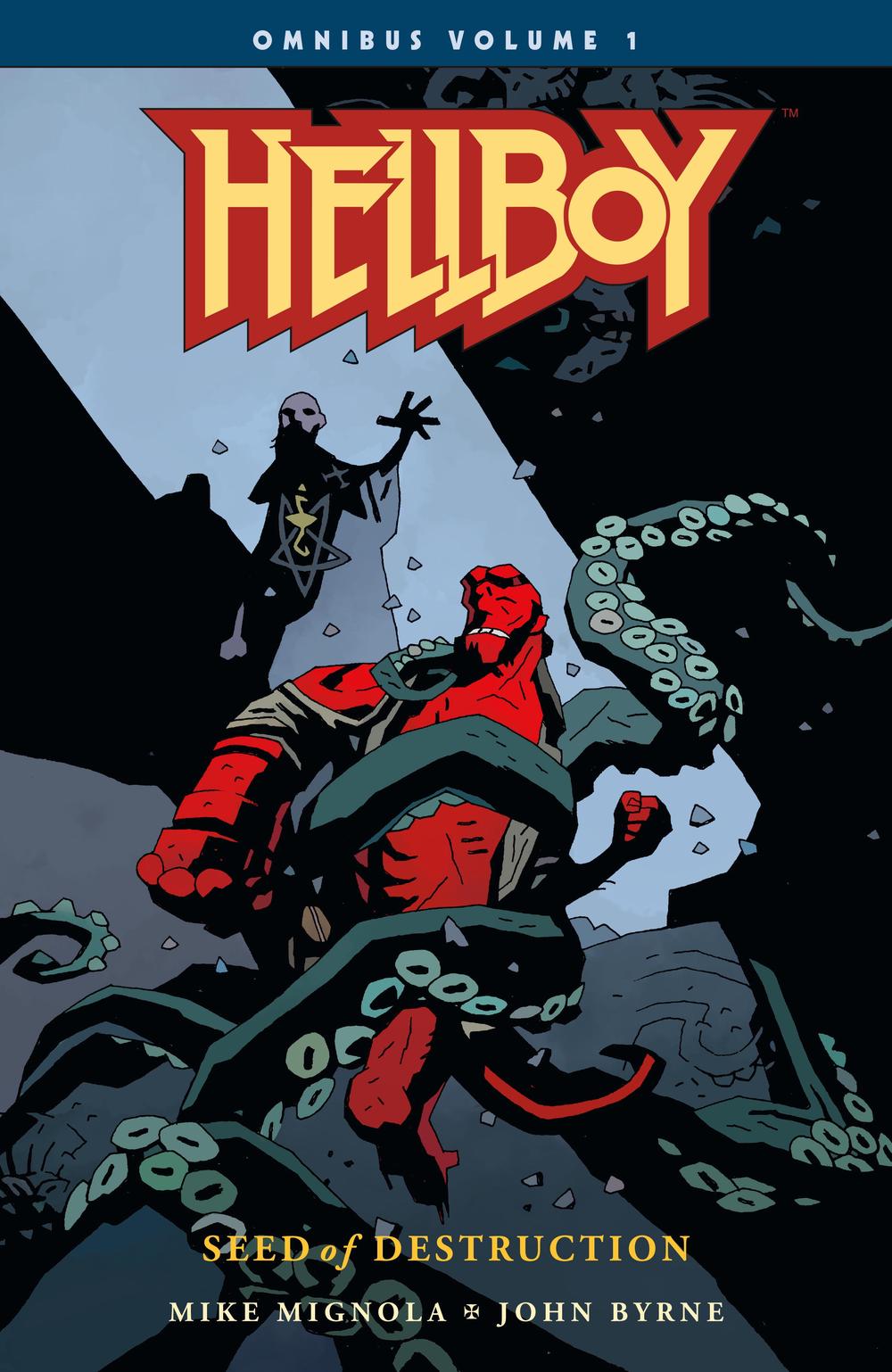 OTHER FORMATS:
PUBLISHED: 22nd May 2018
ISBN: 9781506706665
ANNOTATION:
"This book collects the graphic novels Hellboy: seed of destruction and Hellboy: wake the dead, and the stories 'The wolves of St. August,' 'The chained coffin,' and 'Almost colossus' from Hellboy: the chained coffin"--Copyright pag

"This book collects the graphic novels Hellboy: seed of destruction and Hellboy: wake the dead, and the stories 'The wolves of St. August,' 'The chained coffin,' and 'Almost colossus' from Hellboy: the chained coffin"--Copyright pag

The story jumps from Hellboy's mysterious World War II origin to his 1994 confrontation with the man who summoned him to earth, and the earliest signs of the plague of frogs. Avoiding his supposed fate as the herald of the end of the world, Hellboy continues with the Bureau for Paranormal Research and Defense, fighting alongside Abe Sapien, Liz Sherman, and drafting Roger Homunculus into his own ill-fated service with the B.P.R.D.

The four volume Hellboy Omnibus series along with the two volumes of The Complete Short Stories collect all of Mignola's award-winning Hellboy stories in chronological order for a definitive reading experience.

This 368-page volume covers Hellboy's adventures from 1994 to 1997, reprinting Seed of Destruction, Wake the Devil, and "Wolves of St August," "The Chained Coffin," and "Almost Colossus," from The Chained Coffin and The Right Hand of Doom.

Mike Mignola's fascination with ghosts and monsters began at an early age; reading Dracula at age twelve introduced him to Victorian literature and folklore, from which he has never recovered. Starting in 1982 as a bad inker for Marvel Comics, he swiftly evolved into a not-so-bad artist. By the late 1980s, he had begun to develop his own unique graphic style, with mainstream projects like Cosmic Odyssey and Batman- Gotham by Gaslight. In 1994, he published the first Hellboy series through Dark Horse, and several spin-off titles (B.P.R.D., Lobster Johnson, Abe Sapien, and Sir Edward Grey- Witchfinder), prose books, animated films, and two live-action films starring Ron Perlman. Along the way he worked on Francis Ford Coppola's film Bram Stoker's Dracula (1992), was a production designer for Disney's Atlantis- The Lost Empire (2001), and was the visual consultant to director Guillermo del Toro on Blade II (2002), Hellboy (2004), and Hellboy II- The Golden Army (2008), and the upcoming Hellboy- Rise of the Blood Queen . Mike's books have earned numerous awards and are published in a great many countries. Mike lives in Southern California with his wife, daughter, and cat.