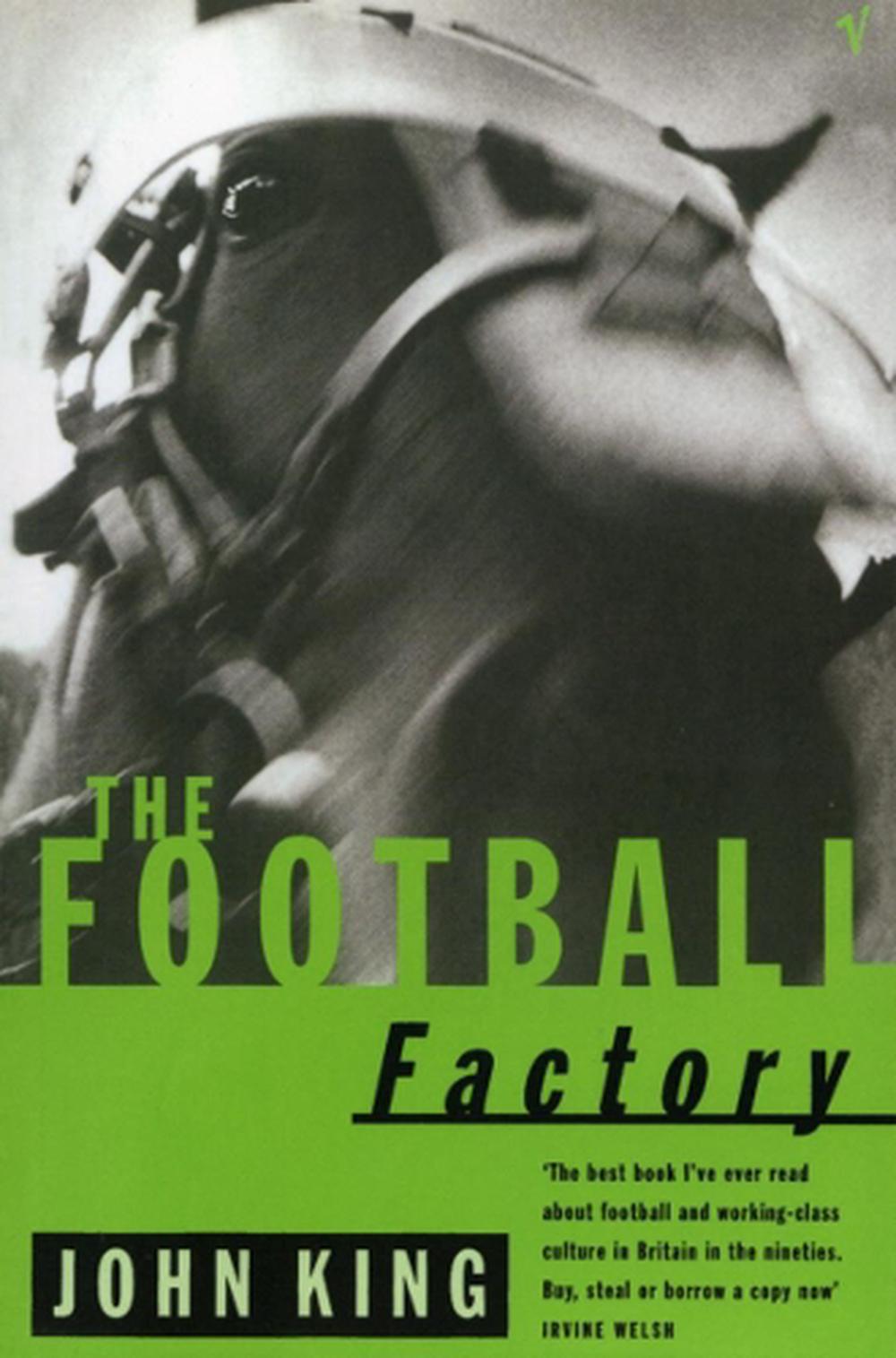 The Football Factory centres on Tom Johnson, a reasoned 'Chelsea hooligan' who represents a disaffected society operating by brutal rules.

A raw, powerful first novel, THE FOOTBALL FACTORY centres on Tom Johnson, a reasoned 'Chelsea hooligan' who represents a disaffected society operating by brutal rules. We are shown the realities of life - social degradation, unemployment, racism, casual violence, excessive drink and bad sex - and, perhaps more importantly, how they fall into a political context of surveillance, media manipulation and division. Graphic and disturving, occasionally very funny, and deeply affecting throughout, THE FOOTBALL FACTORY is a vertiginous rush of adrenaline - the most authentic book yet onthe so-called English Disease.

John King is the author of eight novels - The Football Factory, Headhunters, England Away, Human Punk, White Trash, The Prison House, Skinheads and The Liberal Politics Of Adolf Hitler. The Football Factory has been turned into a high-profile film and his books have been widely translated abroad. He has also written short stories and non-fiction for a number of publications over the years, with articles appearing in the likes of The New Statesman, Le Monde and La Repubblica. He edits the fiction fanzine Verbal and lives in London.

Bleak, thought-provoking and brutal... Has all the hallmarks of a cult novel Literary Review Powerfully written and tells you more about the mentality of those who disrupt football matches than all the theses of the sociologist academics put together Daily Mail Not only an outstanding read, but also an important social document... This book should be compulsory reading for all those who believe in the existence, or even attainability, of a classless society Sunday Tribune Fever Pitch with testosterone and eight pints of lager. Like Fever Pitch, it is not exclusively a novel about football. This is a chronicle of a lost tribe - the white, Anglo-Saxon, heterosexual who is fed up with being told he is crap. Glasgow Herald The best book I've read about football and working-class culture in Britain in the nineties. Buy, steal or borrow a copy now Irvine Welsh