ISBN: 9780552173353
ANNOTATION:
The man was indeed Saddam Hussein, but as Nixon learned in the ensuing weeks, both he and America had greatly misunderstood just who Saddam Hussein really was. Debriefing the President presents an astounding, candid portrait of one of our era's most notorious strongmen. 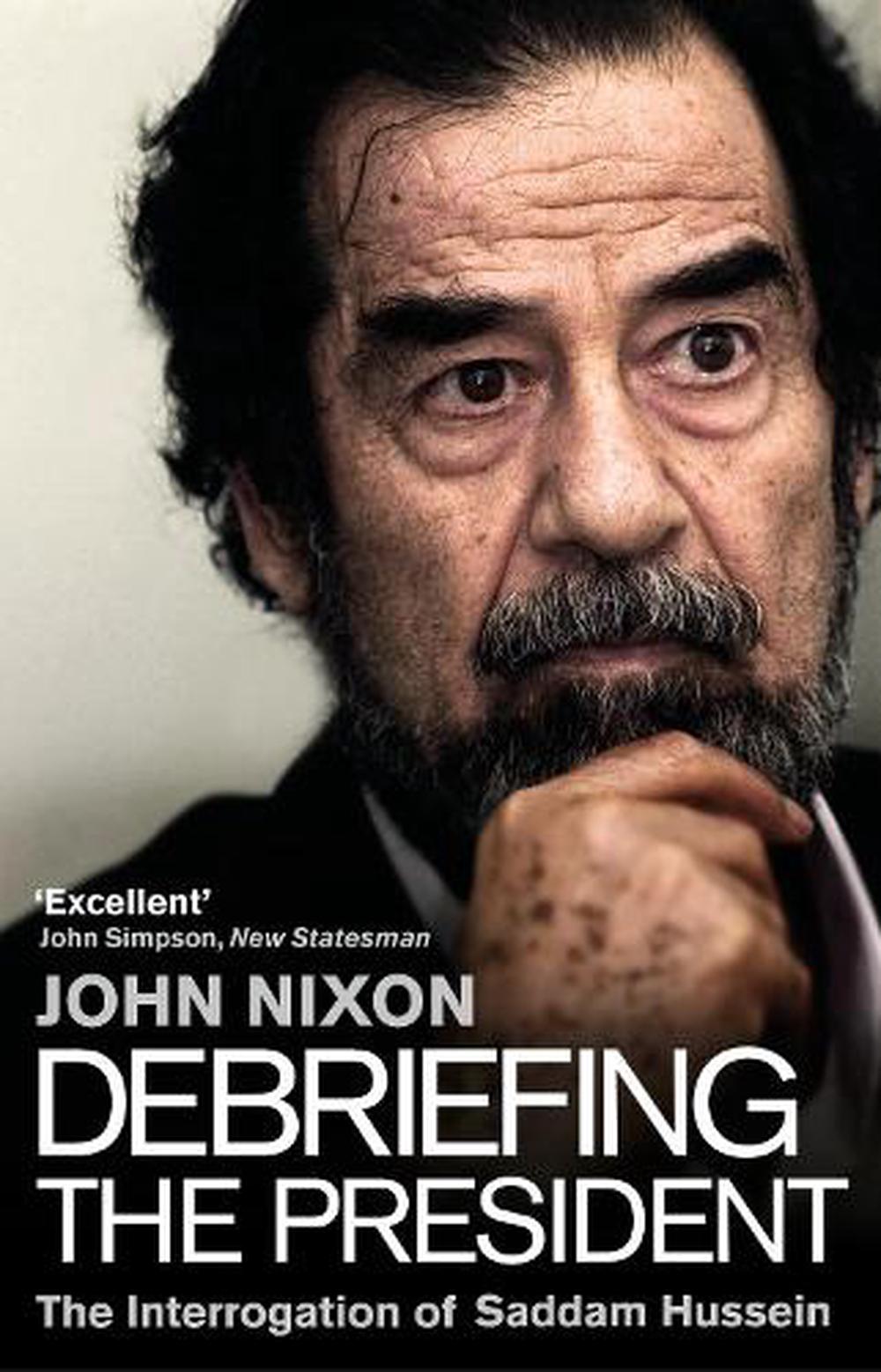 OTHER FORMATS:
ISBN: 9780552173353
ANNOTATION:
The man was indeed Saddam Hussein, but as Nixon learned in the ensuing weeks, both he and America had greatly misunderstood just who Saddam Hussein really was. Debriefing the President presents an astounding, candid portrait of one of our era's most notorious strongmen.

The man was indeed Saddam Hussein, but as Nixon learned in the ensuing weeks, both he and America had greatly misunderstood just who Saddam Hussein really was. Debriefing the President presents an astounding, candid portrait of one of our era's most notorious strongmen.

A riveting, revealing and news-making account of the CIA's interrogation of Saddam, written by the CIA agent who conducted the questioning.

In December 2003, after one of the largest, most aggressive manhunts in history, US military forces captured Iraqi president Saddam Hussein near his hometown of Tikrit. Beset by body-double rumors and false alarms during a nine-month search, the Bush administration needed positive identification of the prisoner before it could make the announcement that would rocket around the world. At the time, John Nixon was a senior CIA leadership analyst who had spent years studying the Iraqi dictator. Called upon to make the official ID, Nixon looked for telltale scars and tribal tattoos and asked Hussein a list of questions only he could answer. The man was indeed Saddam Hussein, but as Nixon learned in the ensuing weeks, both he and America had greatly misunderstood just who Saddam Hussein really was. Debriefing the President presents an astounding, candid portrait of one of our era's most notorious strongmen. Nixon, the first man to conduct a prolonged interrogation of Hussein after his capture, offers expert insight into the history and mind of America's most enigmatic enemy. After years of parsing Hussein's leadership from afar, Nixon faithfully recounts his debriefing sessions and subsequently strips away the mythology surrounding an equally brutal and complex man. His account is not an apology, but a sobering examination of how preconceived ideas led Washington policymakers-and Tony Blair's government -astray. Unflinching and unprecedented, Debriefing the President exposes a fundamental misreading of one of the modern world's most central figures and presents a new narrative that boldly counters the received account.

John Nixon was a senior leadership analyst with the CIA from 1998 to 2011. He did several tours in Iraq and was recognized by a number of federal agencies for his contribution to the war effort. During his time with the CIA, Nixon regularly wrote for, and briefed, the most senior levels of the US government. He also taught leadership analysis to the new generation of analysts coming into the CIA at the Sherman Kent School, the Agency's in-house analytic training center. Since leaving the Agency in 2011, Nixon has worked as an international risk consultant in Abu Dhabi, UAE. He lives in Alexandria, Virginia. This is his first book.

The gripping behind-the-scenes story of Saddam Hussein's downfall Soldier Gripping...Nixon's book, Debriefing the President, gives more ammunition to the skeptics; indeed, some of its contents can only be described as sensational The New Yorker A damning indictment of the perversion of a major intelligence service by little minds inside and above it -- Michael Burleigh The Times Refreshingly candid... [Mr. Nixon] reveals gobsmacking facts about that deposed Iraqi leader that raise new questions about why the United States bothered to invade Iraq to oust him from power The New York Times Excellent -- John Simpson New Statesman

AS SEEN ON BBC NEWS AT FIVE. The full story of the interrogation of Saddam Hussein - by the CIA's lead interrogator