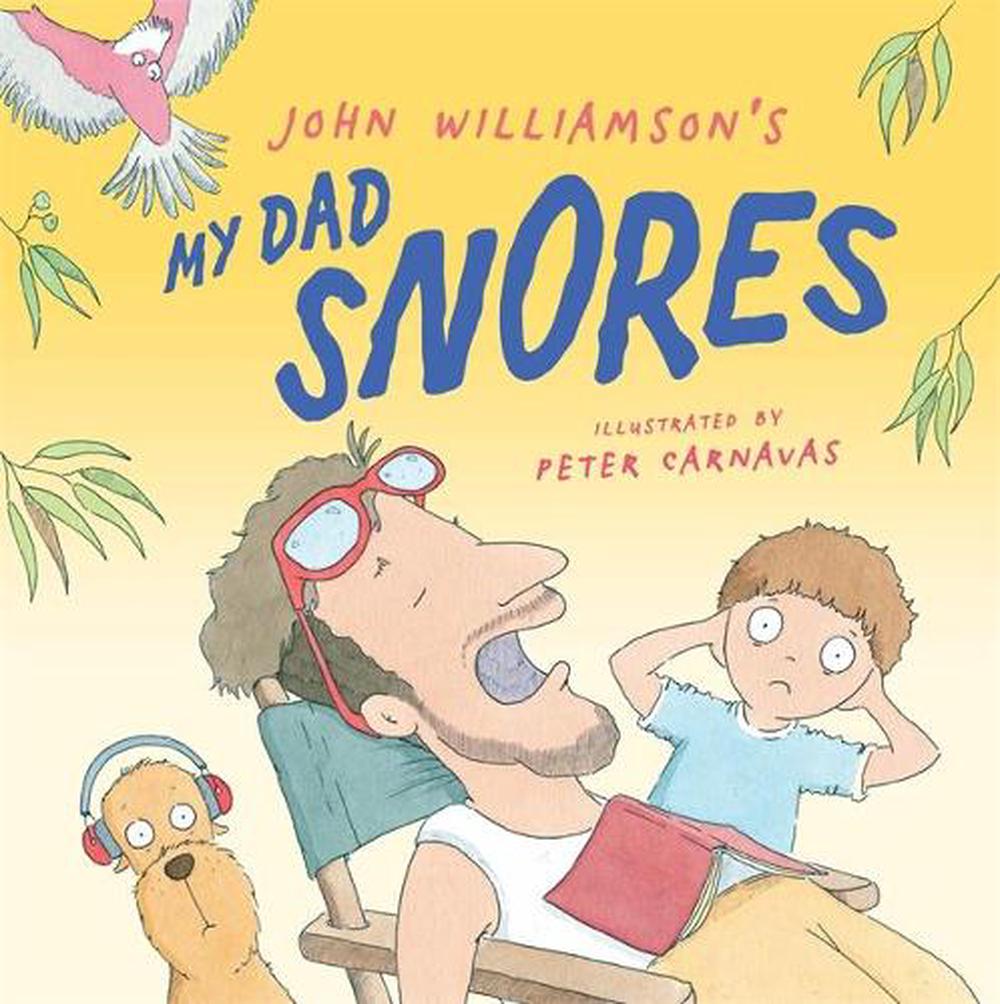 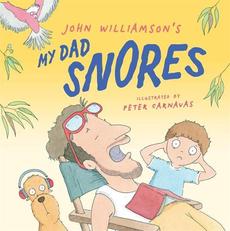 What are we going to do? You dad, does he snore too? My dad snores so much that no one else can sleep . . . until we find a really clever solution!

John Williamson (Author) John Williamson is, without question, an Australian Icon. His entertainment career spans more than fifty years, boasting sales of over 5 million albums. His unofficial anthems, funny and tender ballads and tributes to unsung heroes have captured the spirit of the nation in song more than any other performer. He remains one of the most in-demand live performers in Australia. His fiftieth album, Honest People, was released in 2104 at the same time as his autobiography, and in 2018 he released his fifty-first, Butcherbird. Two songs from his popular JW's Family Album have been made into delightful, entertaining picture books for children.

Peter Carnavas (Illustrator) Peter Carnavas grew up in Brisbane and on the Sunshine Coast in Queensland. He became a primary school teacher and it was during this time that he began to immerse himself in picture books. His first book, Jessica's Box, was shortlisted for the Queensland Premier's Literary Award and the CBCA Crichton Award for Emerging Illustrators. He has since written and illustrated many picture books as well his first novel, The Elephant, which won a Queensland Literary Award in 2018. His works have been translated into a number of languages. Peter lives on the Sunshine Coast with his wife, two daughters, a small dog and a large cat.

From one of Australia's most iconic singer-songwirters, John Williamson, comes this hilarious family song, with a special new verse, brought to life by award-winning illustrator Peter Carnavas.